Thousands of Indiana families use religious, medical exemptions to opt out of vaccines 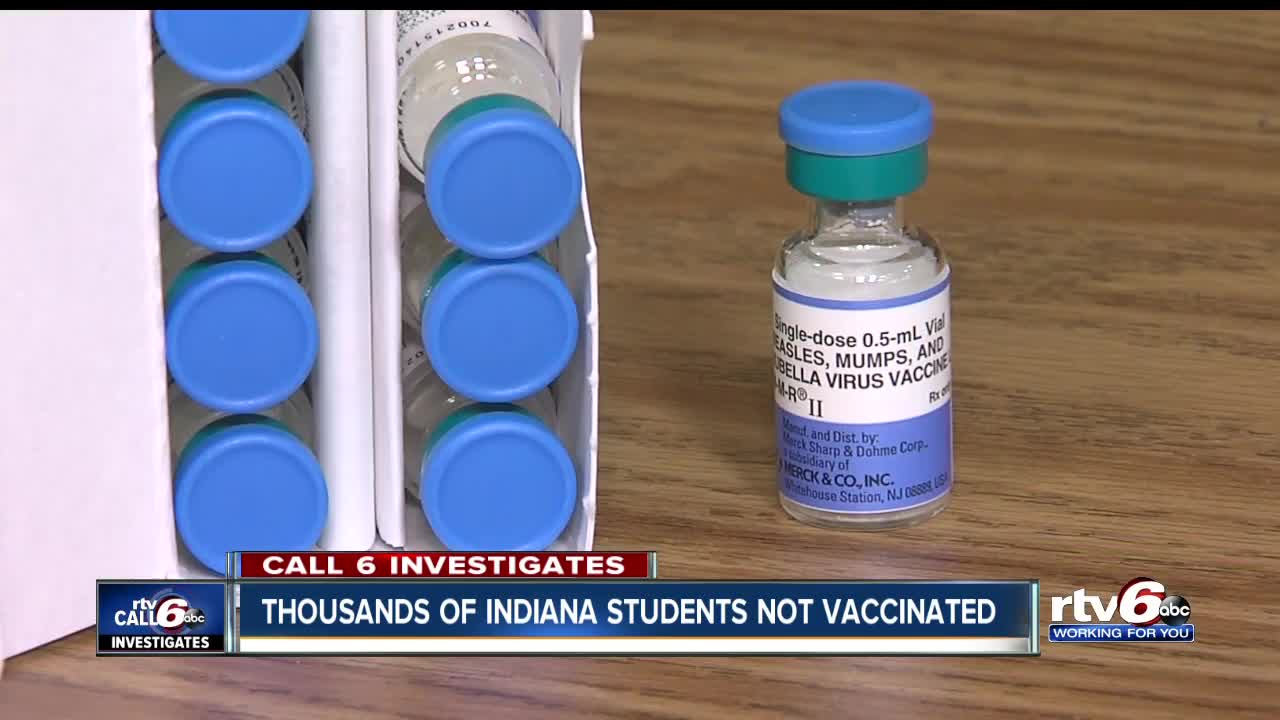 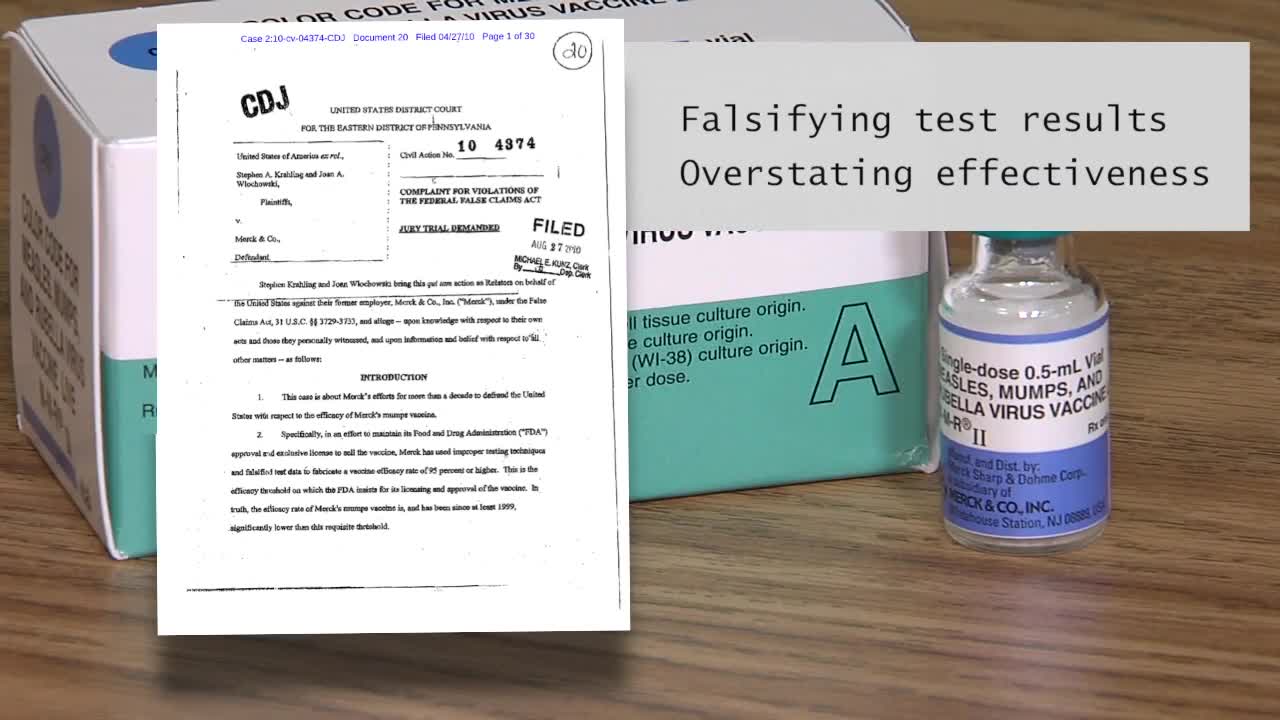 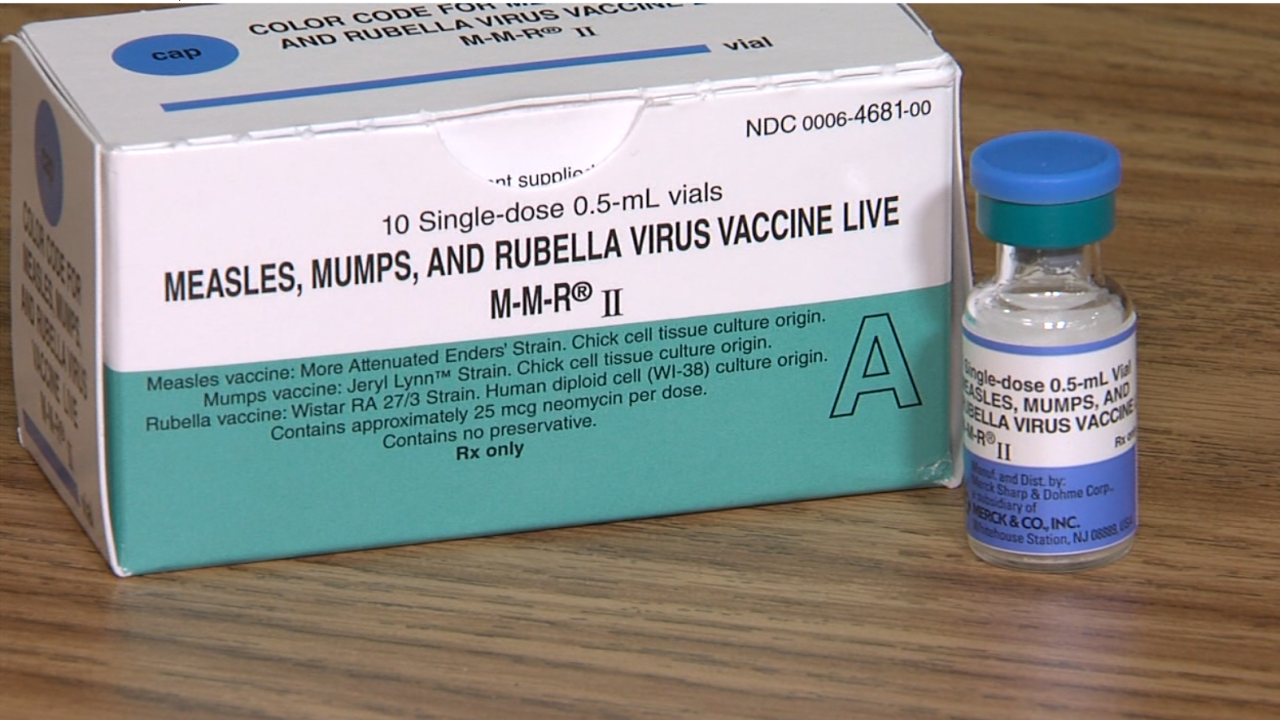 INDIANAPOLIS — As Indiana State Department of Health officials urge vaccinations as the state now has one case of measles and 36 mumps cases, Call 6 Investigates has found thousands of Indiana families have filed paperwork to opt out of immunizations.

Federal and state health officials recommend MMR (measles, mumps, rubella) vaccines for children, as well as adults who have not had at least two doses.

But some Indiana families are saying no to immunizations.

Call 6 Investigates Kara Kenney is digging into why some parents are choosing not to vaccinate their children.

When parents go to enroll their child in kindergarten, the school corporation asks for proof of immunization records.

Indiana requires certain vaccines for students including two doses of MMR, as well as vaccinations for Hepatitis B, DTaP (diphtheria, tetanus & pertussis), polio and varicella.

However, Indiana can opt out of vaccines by submitting a waiver for religious and medical reasons.

At least 546 kindergarten students submitted a religious or medical exemption for the 2017-2018 school year including both public and private schools, state records show.

However, the numbers may be higher because registry in the Children and Hoosier Immunization Registry Program (CHIRP) wasn’t required until July 2015 so the vaccination registry for students entering kindergarten for the 2017-2018 school year was voluntary.

According to the Indiana Department of Education, at the end of the 2017-2018 school year, 95 percent of students had complete immunizations, 3.2 percent were in progress, 1.5 percent had a religious objection and 0.3 percent had a medical exemption.

Indiana for Medical Freedom, a group that believes parental rights are supreme, represents more than 2,000 people.

“The bumper sticker slogan — vaccines are safe and effective — the reason you're seeing these exemptions is because citizens know that is not entirely true," Melissa Sfura, co-founder of Indiana for Medical Freedom, said. “Parents are the ones that decide what to do with their own children, and that is not the business of anyone. "

Sfura said many families are concerned about the ingredients in vaccines, as well as side effects.

"It's very important that we preserve our right to say no to what's being injected into our bodies and the bodies of our children," Sfura said.

Sfura said even though her group is not “anti-vaxxers,” many accuse Indiana For Medical Freedom of causing outbreaks of measles and mumps.

“Of course, that’s the first thing they do,” Sfura said. “What a lot of people don’t understand is that the ingredients can be offensive to someone’s conscience. There are a lot of people that are pro-life that object to injecting vaccinations that contain aborted human fetal tissue and things like that.”

Another reason parents are hesitant to immunize — people vaccinated with MMR are still getting the mumps.

“There is a failure with that particular vaccine,” Sfura said.

Monroe County has 32 of the state’s 36 mumps cases, and 30 of the people who got sick with the mumps had been fully vaccinated — meaning they had received two doses of MMR.

Two former Merck scientists filed a federal lawsuit in 2010, accusing the maker of the vaccine of falsifying test results and overstating the effectiveness against the mumps.

“As the single largest purchaser of childhood vaccines (accounting for more than 50 percent of all vaccine purchasers), the United States is by far the largest financial victim of Merck’s fraud,” read the lawsuit. “But the ultimate victims here are the millions of children who every year are being injected with a mumps vaccine that is not providing them with an adequate level of protection against mumps. A while this is a disease that, according to the Centers for Disease Control, was supposed to be eradicated by now, the failure in Merck’s vaccine has allowed this disease to linger with significant outbreaks continuing to occur.”

In a statement to Call 6 Investigates, Merck said claims in the lawsuit “have no basis in fact and are without merit.”

“The company will continue to vigorously defend itself against the claims made by the plaintiffs in this lawsuit and is prepared to disprove the false allegations at trial, if necessary,” read the statement from Merck. “The M-M-R®II (Measles, Mumps and Rubella Vaccine Live) vaccine has been widely used and has proven its effectiveness by dramatically reducing these diseases in the United States.”

Dr. John Christenson, director of infection prevention at Riley Hospital for Children at IU Health, said you should still get the MMR vaccine.

“The more people vaccinated, the better,” Christenson said. “If you are looking at the number of mumps cases reported in the United States, it’s very small compared to how we used to be. A vaccinated child is in better shape than an unvaccinated child.”

Dr. Christenson said MMR is extremely effective against the measles — 97% with two doses, according to the CDC.

"I've had a star soccer player from Indiana die of measles and encephalitis,” Dr. Christenson said. “He was unvaccinated.”

Dr. Christenson said there are some legitimate reasons to refuse vaccines such as a compromised immune system because of cancer.

"Saying my child’s arm hurt after the vaccine, that's not a good exemption, or he was tired for two or three days afterward” Dr. Christenson said. “That's not an exemption."

“There are many people who declare a religious exemption, and nobody questions it, and that’s where some of the problems lie,” said Dr. Christenson. “I’m a believer that having mandates and taking away exemptions may be a good thing. It’s too easy.”

In addition to required vaccines, Indiana also has a number of recommended immunizations like the flu shot and HPV.

If you have questions about vaccines, you can speak with your doctor or visit the FDA’s website to learn more about each vaccination.

Click here for Indiana Department of Education information on immunizations and exemptions.

FULL MERCK STATEMENT
Merck believes that the plaintiffs’ claims in the lawsuit, United States of America ex rel., Krahling and Wlochowski vs. Merck & Co Inc., have no basis in fact and are without merit. The company will continue to vigorously defend itself against the claims made by the plaintiffs in this lawsuit and is prepared to disprove the false allegations at trial, if necessary.

The M-M-R®II (Measles, Mumps and Rubella Vaccine Live) vaccine has been widely used and has proven its effectiveness by dramatically reducing these diseases in the United States. According to the FDA: “The MMR vaccine is very effective at protecting people against measles, mumps, and rubella. It also prevents complications caused by these diseases. And we have nearly 50 years of experience and evidence supporting that fact.” According to the Centers for Disease Control and Prevention (CDC), two doses of the M-M-R®II vaccine is about 88% effective for mumps (range 31% to 95%). Since the vaccine first came to market in December 1967, CDC notes that there has been a 99% reduction in the annual number of cases in the United States of this once-common childhood illness -- from about 186,000 cases annually before mumps vaccination became possible to fewer than 2,300 in 2018 and to date 426 cases through March of 2019.

For your reference: https://www.fda.gov/news-events/press-announcements/statement-peter-marks-md-phd-director-fdas-center-biologics-evaluation-and-research-fdas-continued [fda.gov]