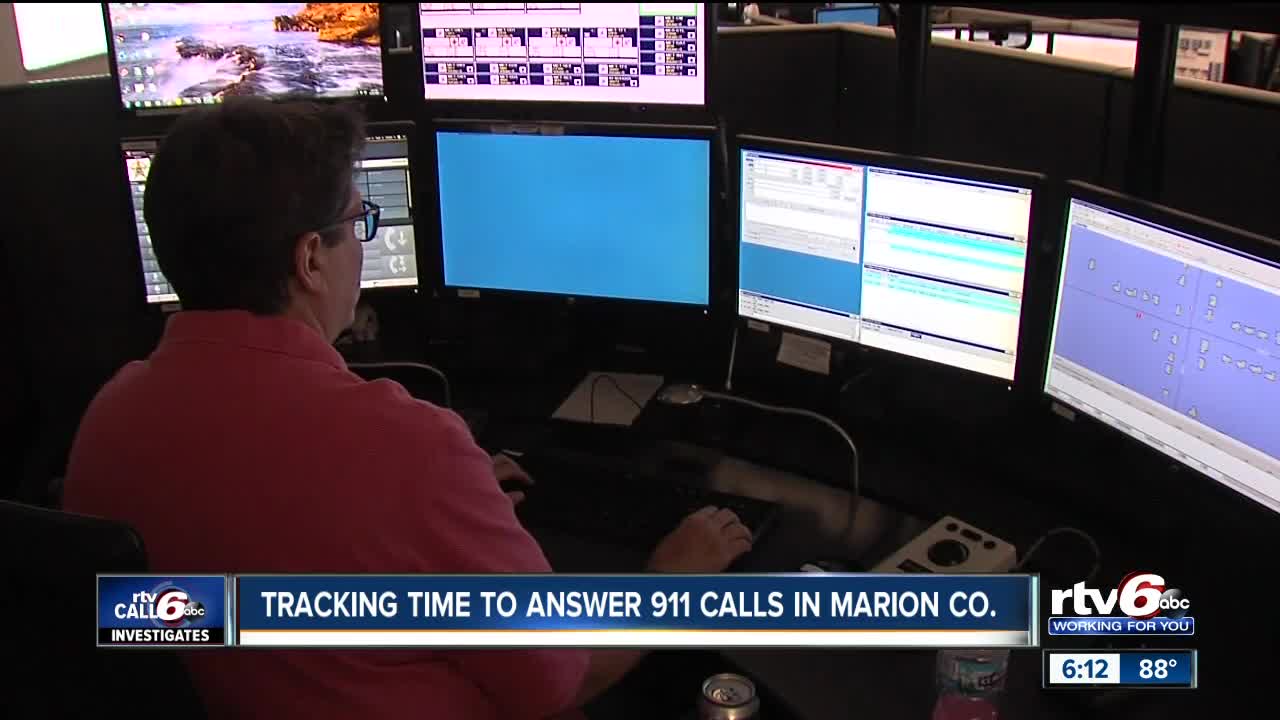 INDIANAPOLIS — When you need help, seconds matter. And when people call 911, they expect to speak to a dispatcher quickly.

A dispatcher eventually called her back.

Call 6 Investigates requested the call log records from last year and this year, month-by-month, to see just how big of a problem this is, if at all. We found in 2019 the average wait time for someone to speak to a dispatcher was about 19 seconds.

The Marion County Sheriff's Office told Call 6 Investigates each year June and July are always the two busiest months for the 911 center.

During the time frame Coker called on June 14, there were multiple active incidents throughout Marion County that might have caused the long wait time including a hit-and-run crash with injuries, a reckless driver, a disturbance, an unconscious person and more.

The sheriff's office said a few years ago staffing was a big issue and why people were waiting so long to have their call answered. They believe the 911 center has seen so much turnover because dispatchers in Marion County are paid significantly lower than surrounding counties. But they want to remind people do not hang up. They answer calls in the order they are received and hanging up just slows down their ability to answer incoming calls.