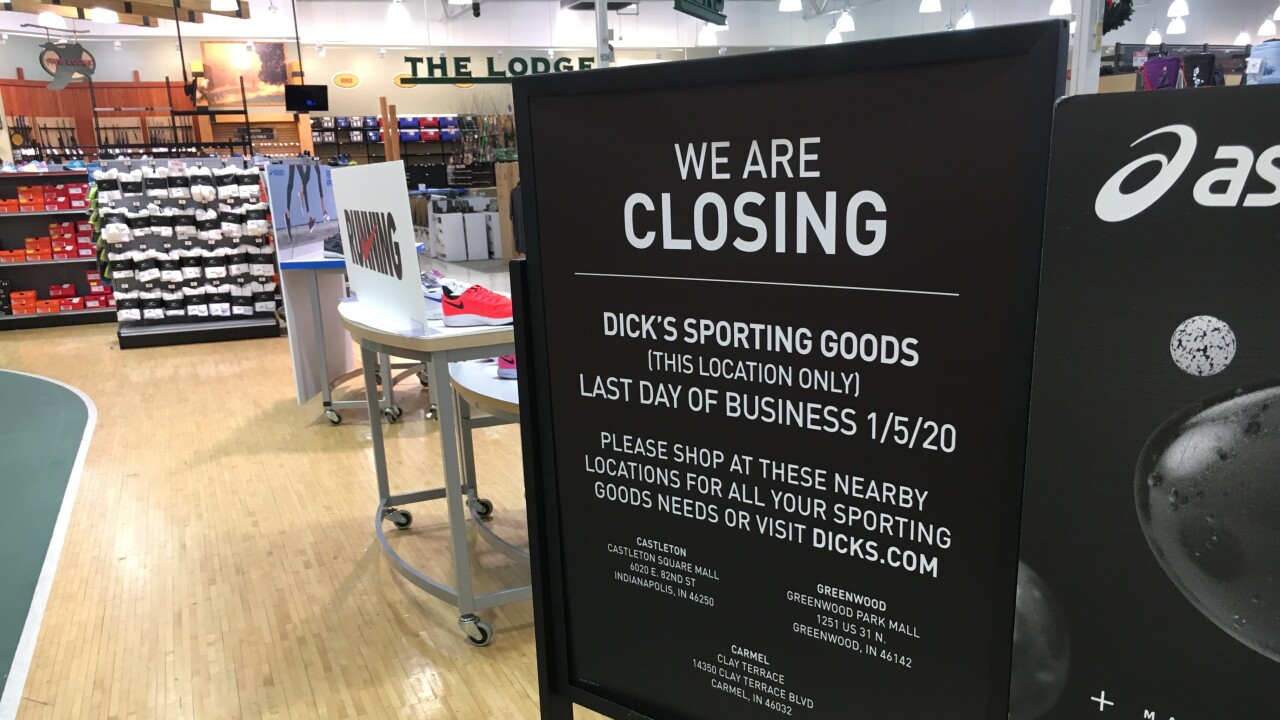 RTV6
Dick&#39;s Sporting Goods is one of two major retailers planning to close their locations at the Washington Square Mall in Indianapolis.

INDIANAPOLIS — Washington Square Mall is facing a major setback with two major retailers planning to close in the new year.

Dick's Sporting Goods has posted a sign inside the store telling customers, "We are closing."

The sign says the last day of business is January 5 and it invites people to shop at the company's other locations in Castleton, Greenwood, and Carmel.

Another store planning to close at the mall is Burlington. An employee telling RTV6 that the store is set to close some time in January.

RTV6 is waiting to get a response from the corporate offices of both stores.

The decision to close comes several months after Ohio-based Durga Property LLC took control of the site. Since August, the company has invested in improved lighting and adding security.

Dick's Sporting Goods has posted a sign inside the store saying its last day of business is Sunday.

Property manager Keith Lee is talking to customers on social media and telling them that the stores departure "will not detour me from trying to still fix the place."

He went on to say "If I can stop then from leaving, I will, but that would still be a decision made by their corporate office to stay."