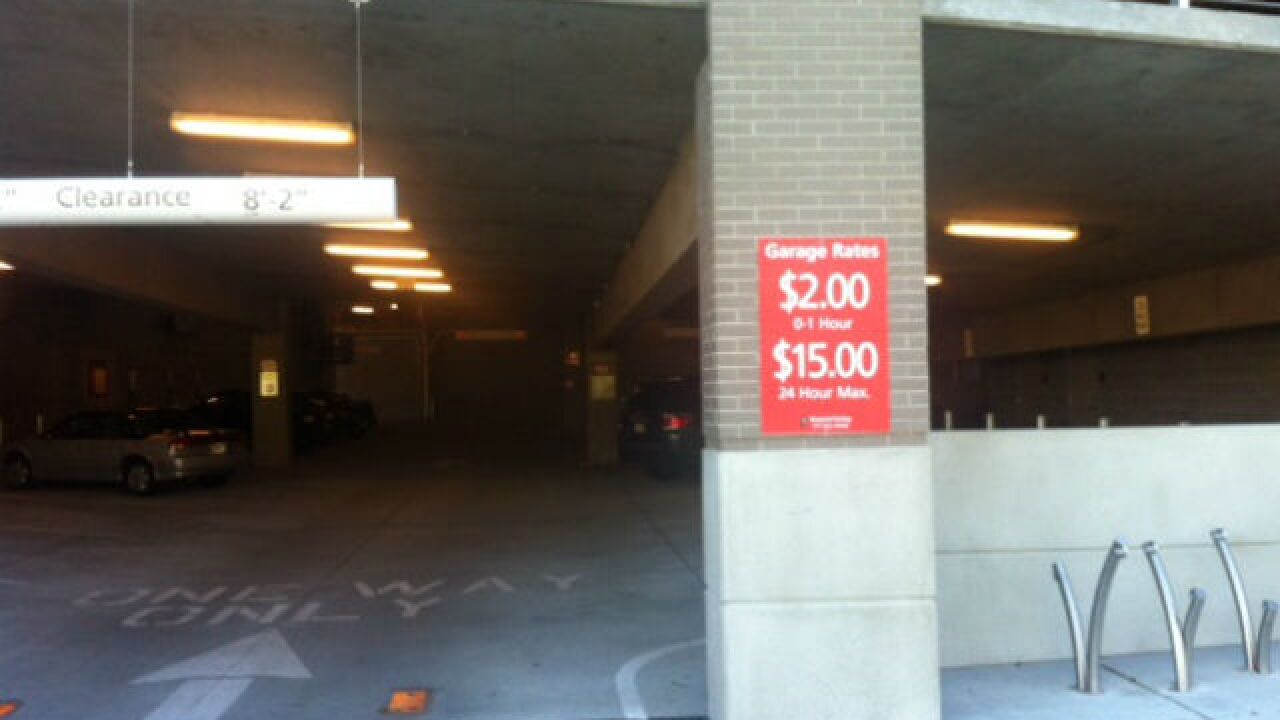 The owners and managers of the Broad Ripple parking garage are making changes after city code enforcement found the new facility’s signs to be in violation of city code.

The $15 million project was built with $6.35 million of the public's money.

Several drivers told Call 6 Investigator Kara Kenney they haven’t parked in the garage, which opened in April, because it had no signs outside indicating the parking rates.

"They don’t have a lot of advertising for it," said Kashmere Johnston, who comes to Broad Ripple several times a week and has yet to park in the garage. "That's probably why people are not using it."

When Kenney checked in September, the garage had no signs outside telling people how much it costs to park there.

When the Call 6 team started asking questions about the signs, parking manager Newpoint Parking moved signs to the entrances, including one that had been posted inside the garage by the ticket machine.

City code enforcement says the signs were not up to code because the letters were smaller than six inches.

"They do not have the proper sign that we want to see outside," said code enforcement spokesman Adam Baker. "If they have a sign they can read that's easily visible from the street, then citizens aren't going to back up traffic as they slow down to determine whether they're going to choose that garage as their parking. The letters are not big enough."

Newpoint Parking declined to speak with Call 6 for this story and referred questions to Keystone Realty, the developer of the garage.

"As of today the new rate signage has been installed as required by the DCE (Department of Code Enforcement),” read the email from Patarino. "As we discussed, I have attached pictures to indicate the work is completed."

In an on camera interview, Patarino said parking management had no intention of violating code.

"In this case, we actually appreciated a heads up on the signage," said Patarino. "Our operator had felt they were meeting the spirit of the ordinance that said it had to be at the entry to the garage, which it was. It was right before the gate."

Patarino said they ordered new signage as soon as they realized they were in violation.

Neither Keystone nor Newpoint Parking received a citation.

"Our first instinct is not to drop a hammer," Baker said. "We have an 85 percent voluntary compliance rate."

Baker said the signs did not pose a safety concern.

Patarino said the new signage will help draw people to the garage.

"Oh absolutely," Patarino said. "Having the rate signage at the street on College and one on Westfield, I'm hoping that increases the number of people parking in the garage."