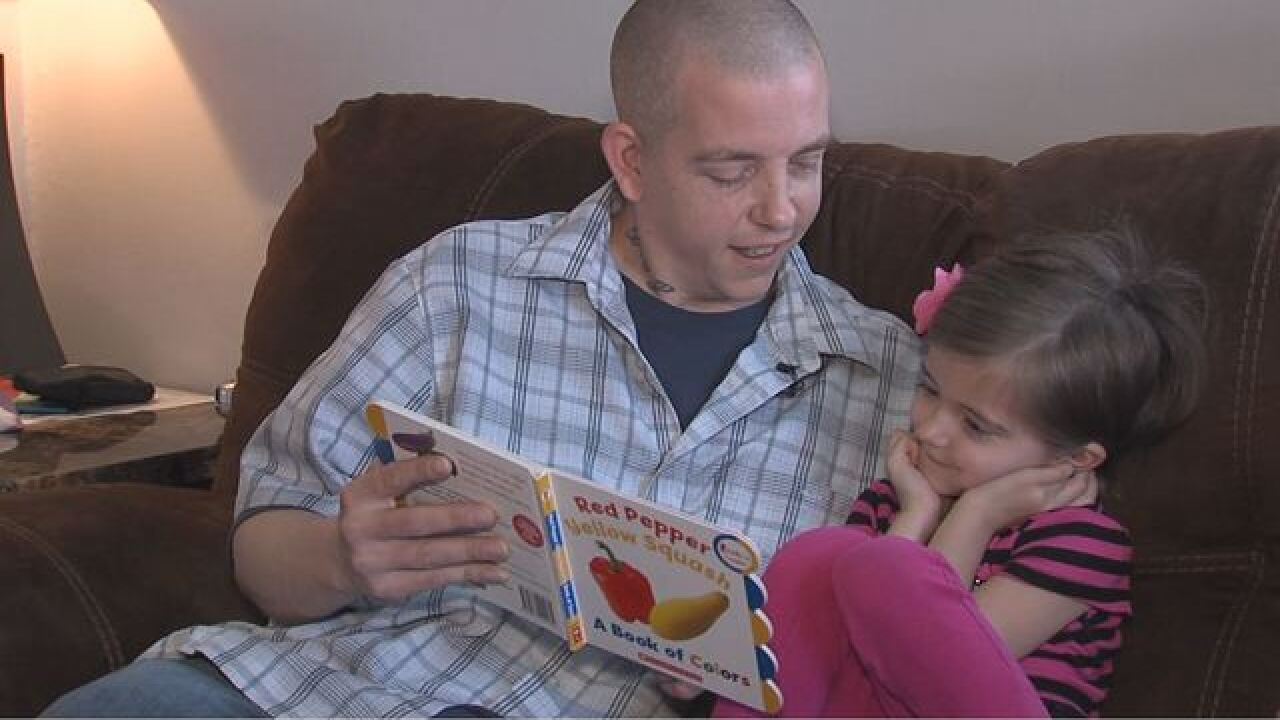 INDIANAPOLIS -- An Indianapolis father impacted by a new law that prevents his 4-year old daughter from attending kindergarten says he’s facing yet another education roadblock.

Benjamin Edwards’ daughter Jasmine can’t attend kindergarten in Wayne Township this year because her birthday is on Aug. 2, one day after the deadline for kindergarten enrollment in Indiana.

Wayne Township and other districts face a $6,000 per student funding hit if they grant waivers for children to attend kindergarten before they turn 5.

Edwards has just learned that Jasmine will also not qualify for On My Way Pre-K, a grant program that provides early education to low-income families.

Edwards works three jobs so that his wife, who is about to have their third child in July, can stay at home with the children.

According to the state’s On My Way Pre-K requirements, to receive the funding, parents in the household must be working, going to school or attending job training .

“We got the grant last year, and now they are saying Desiree has to be working,” Edwards said. “It’s my personal choice as a father to provide for my family and work multiple jobs.”

Edwards said it would now cost more than $400 a month to send Jasmine to Pre-K in Wayne Township.

Tina Cloer with the Children’s Bureau, an administrator for On My Way Pre-K, said the change requiring both parents to work went into effect last summer.

“It was tied to a legislative change that occurred spring of 2017 when they expanded funding for On My Way Pre-K,” Cloer said.

Marni Lemons, a spokesperson for the Family and Social Services Administration (FSSA), said to expand On My Way Pre-K in 2017, the Office of Early Childhood added some CCDF (Child Care and Development Fund) federal funds to the funding formula.

"CCDF has federal rules that require that any parents or guardians in the home must be working, going to school or attending job training," Lemons said. "This went into effect for the 2017/2018 school year."

HEA 1001 says you have to be five years old on or before August 1 to start kindergarten.

School districts can give waivers for students to attend kindergarten, but if they do, under the new law they will take a funding hit of approximately $6,000 per student.

As for Edwards, he is looking into other options, including CCDF federal vouchers.

Edwards spoke out at a recent Wayne Township school board meeting, and the district was sympathetic.

Currently, Wayne Township has 98 students on kindergarten waivers, which is about $650,000 in state funding they would stand to lose if they let Jasmine Edwards and other 4-year-old students attend kindergarten during the 2018-2019 school year.

“We sympathized with the concern that Mr. Edwards shared and that the change to Indiana Code from the 2018 General Assembly occurred immediately, impacting his daughter,” district spokeswoman Mary Lang said. “Since this change occurred as a result of legislation this year, we encouraged Mr. Edwards to reach out to his legislators to share his thoughts in the hope that he can influence change for the future. The MSD of Wayne Township will remain responsive to any future changes in statute that may occur as a result.”

Mishler said the change was put into place to address rising kindergarten enrollment.

“When looking into the increased enrollment for the 2017-2018 school year, one of the main factors was a significant increase in 4-year-old students who were appealing to enroll in kindergarten early and then repeating kindergarten in the next year,” Mishler said in an email to RTV6. “We found that some schools were using this as a kind of state-funded pre-K program, which is not the intent of the school funding formula.”

The change is expected to save $18.5 million next year.