Why prosecutors consider this crash a crime, but not others 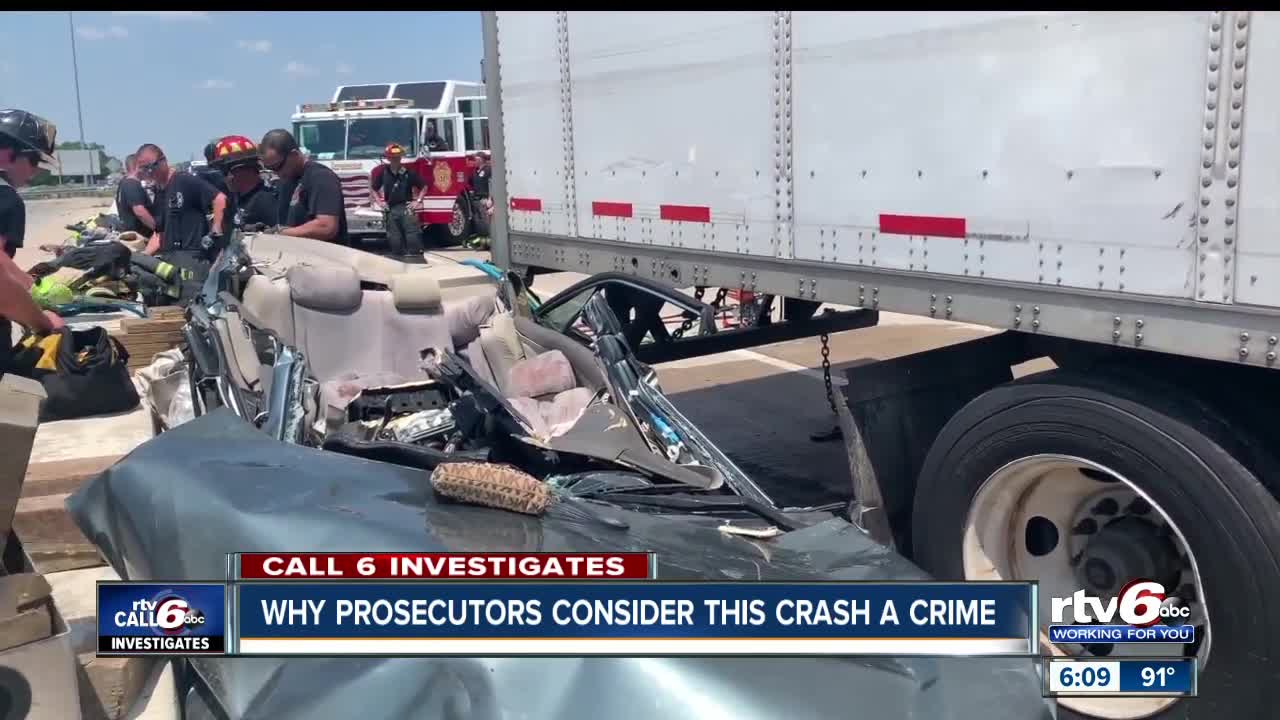 Our Call 6 Investigates team is digging into why prosecutors believe Sunday’s crash that left a mother and her twin daughter dead is a criminal act. 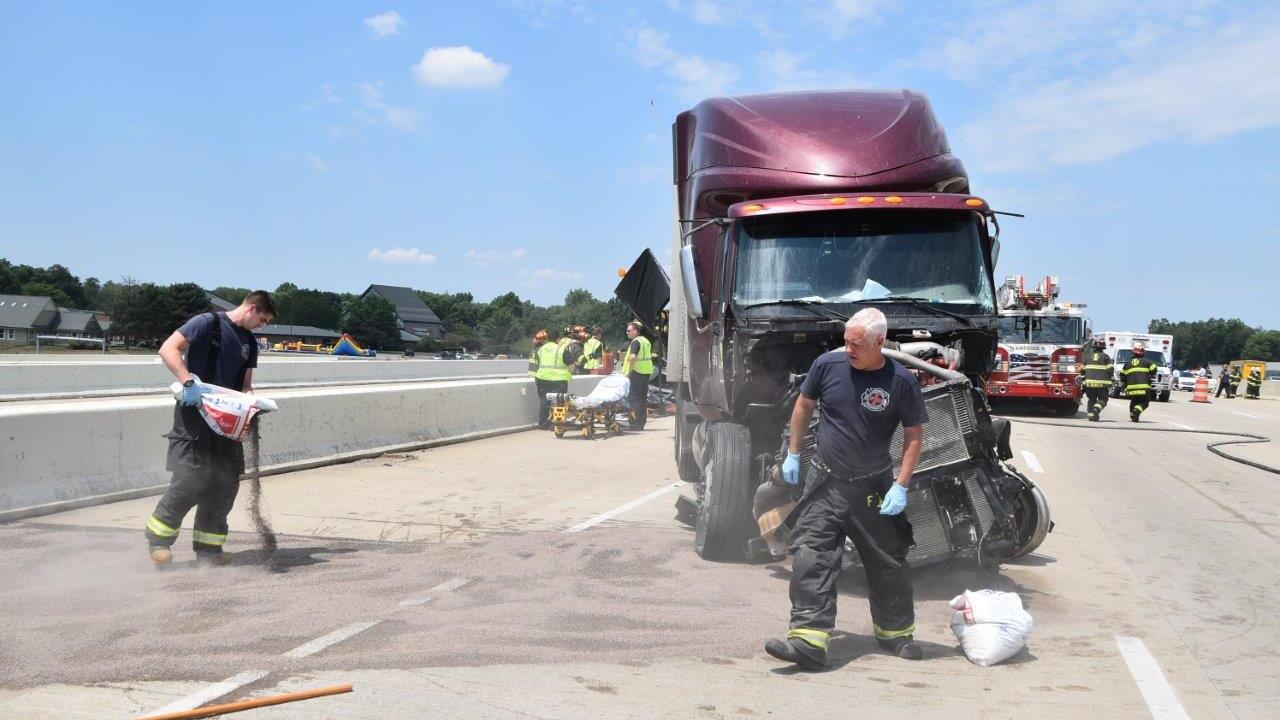 Many times, criminal charges are not filed against the drivers involved.

Our Call 6 Investigates team is digging into why prosecutors believe Sunday’s crash that left a mother and her twin daughter dead is a criminal act.

Bruce Pollard, the semi-truck driver, that hit and killed Alanna Koons and her children on I-465 is charged with three counts of felony reckless homicide and one misdemeanor count of reckless operation of a vehicle in a highway work zone.

When a driver breaks a law, such as runs a red light or speeds and then causes a deadly crash — Indiana law is pretty clear — that is not a crime.

Being negligent and causing a crash does not fall under criminal prosecution.

For it to be a crime, prosecutors have to prove the driver was reckless or driving aggressively.

“Certainly if you make a mistake in an accident and do something inappropriate, often times, it's negligence,” Marion County Chief Trial Deputy Ryan Mears said. “In this case, it's a combination of factors. It's not just the speed, it's not just the construction zone, it's not just that he disregarded all the signs, disregarded the workers that were in the area, you have to look at it in totality.”

Pollard was speeding in a construction zone, and did not brake until he hit the Koons family, court records show.

“Obviously the standard of care that you’d have on a semi- truck is different than if you’re driving a regular pickup truck or SUV,” Mears said. “We do believe you have a heightened duty of care when you’re in a construction zone. If you’re driving a regular passenger vehicle, the time it takes you to stop is much different than the time, it takes in a semi truck and that’s why we have different standards of care in those vehicles.”

Call 6 Investigates found several examples of similar crashes in which the truck driver was not charged.

PREVIOUS | Crash killed family of seven on I-65

In August 2013 in Jasper County, between Indianapolis and Chicago, a family of seven, including four children, were killed while their vehicle was stopped for an upcoming construction zone.

According to the crash report, the semi-truck driver Howard Stratton was driving 65 mph in the center lane with his semi-truck's cruise control activated when "traffic suddenly stopped."

The crash report said Stratton "attempted to brake," but the Jeep burst into flames on impact, killing all seven people.

Judith Williams of Merrillville and her ex-husband, Gerald Williams, of Georgia, want justice for their family members and criminal charges filed against Stratton.

"They didn't have a chance under God's sun to survive that," Gerald Williams said. “It’s been so hard. For him not to be charged, or cited, or given a ticket, that’s crazy to me.”

The police investigation showed Stratton was not speeding, and he tested negative for drugs or alcohol.

In a 2017 crash in Clay County that left two young children dead, the semi-truck driver was issued a civil infraction for driving too fast for conditions.

In a five-page explanation provided to Call 6 Investigates, Clay County prosecutor Robert Pell said he did not have enough evidence to criminally charge the driver, Amritpal Singh of Quebec, Canada with reckless homicide or reckless driving.

The investigation found Singh was driving between 62 and 65 miles per hour when he struck a Honda Odyssey van driven by a mother transporting her three children.

Singh failed to slow much, if at all, prior to the rear end collision, Pell said.

RELATED | Two children killed in I-70 crash in Putnamville

Brennan Bereda, 5 and Finley Bereda, 1, died as a result of their injuries.

Pell said there was no evidence that Singh was driving aggressively, thus, he could not be charged with criminal recklessness or reckless driving.

Pell filed a civil infraction against Singh for Speed Greater than Reasonable Under Circumstances, which means the driver did not heed potential hazards or take steps to avoid a collision under the given road conditions.

“It is the only action arguably supported by the law in this tragic situation,” Pell said in a statement to RTV6.

As for Bruce Pollard, he could still face additional criminal charges as prosecutors await blood test results from the Indiana State Department of Toxicology.

“We hope to get those results in the next two to three weeks,” Mears said. “It’s an ongoing investigation and we are still putting together accident reconstruction and probably most importantly we are trying to figure out the nature and severity of the injuries to the other individuals involved.”

Court documents say Pollard admitted to being “on a lot of medicine” and having “special pills” for his anxiety.

He declined an interview request from Call 6 Investigates and faces up to 19 years in prison if convicted.