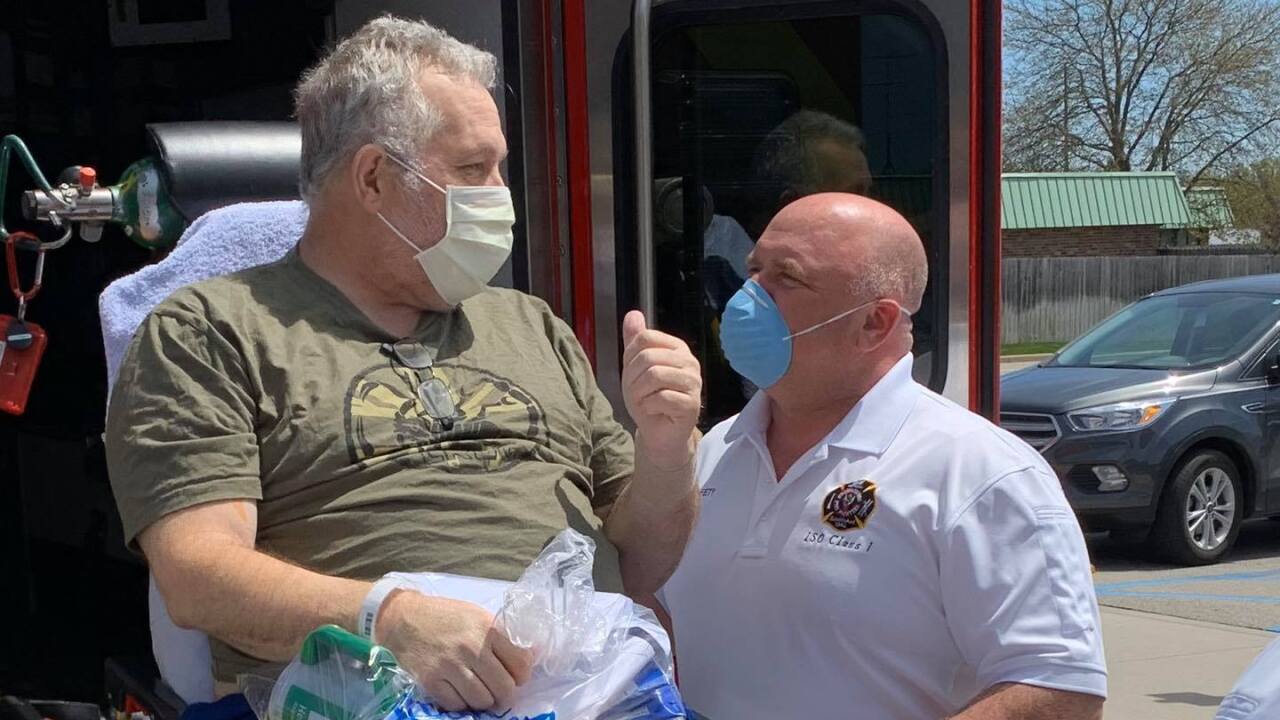 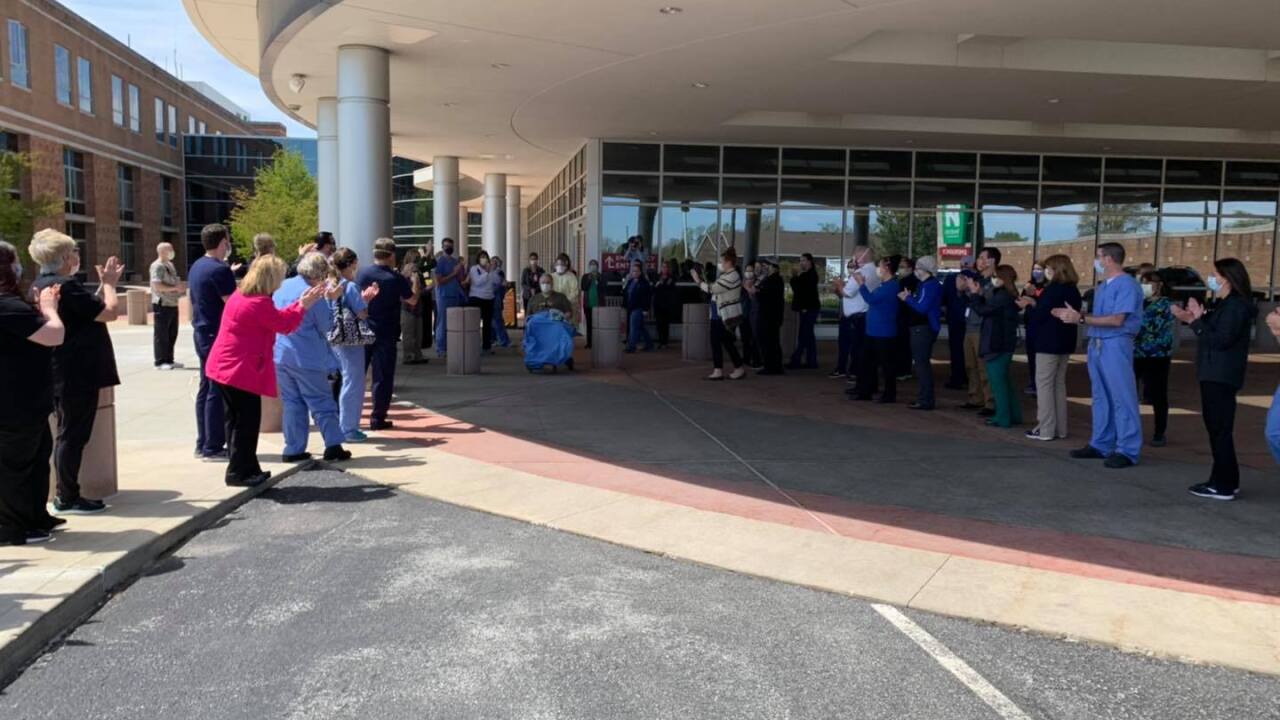 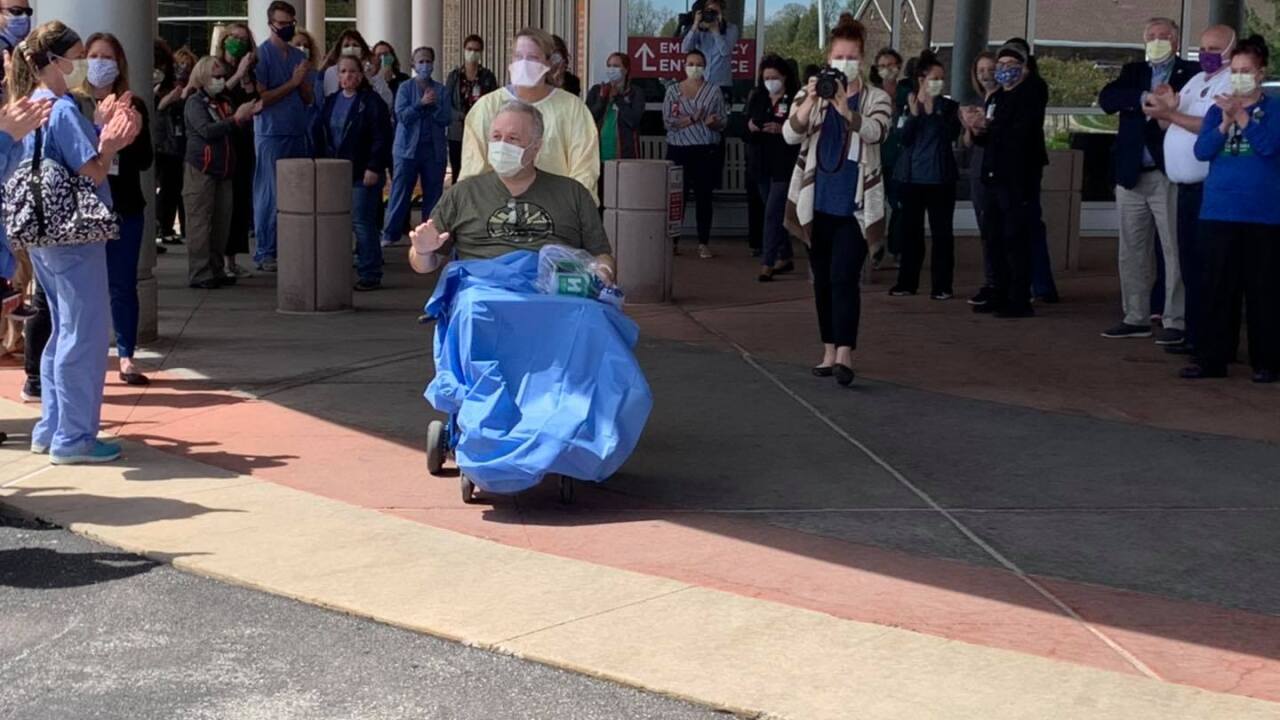 BROWNSBURG — The Brownsburg Fire Territory received some good news Monday – one of their own was released from the hospital!

Firefighter Kevin Byron tested positive for COVID-19 on March 23, then was admitted to the hospital five days later.

Byron was on a ventilator for more than a week and at one point, he was described by hospital staff as the “sickest person there.”

His lab results improved enough Monday that he was able to leave the main hospital and go to the rehab hospital, nearly a month after he was first admitted.

Brownsburg Fire Territory took one of its reserve ambulances to pick him up and transport him to the rehab hospital for the remainder of his treatment.

The hospital staff at Hendricks Regional Health involved in his care were outside waiting to cheer him on for his send-off.

A spokesperson for the Brownsburg Fire Territory said six out of its 85 employees have tested positive for the virus.