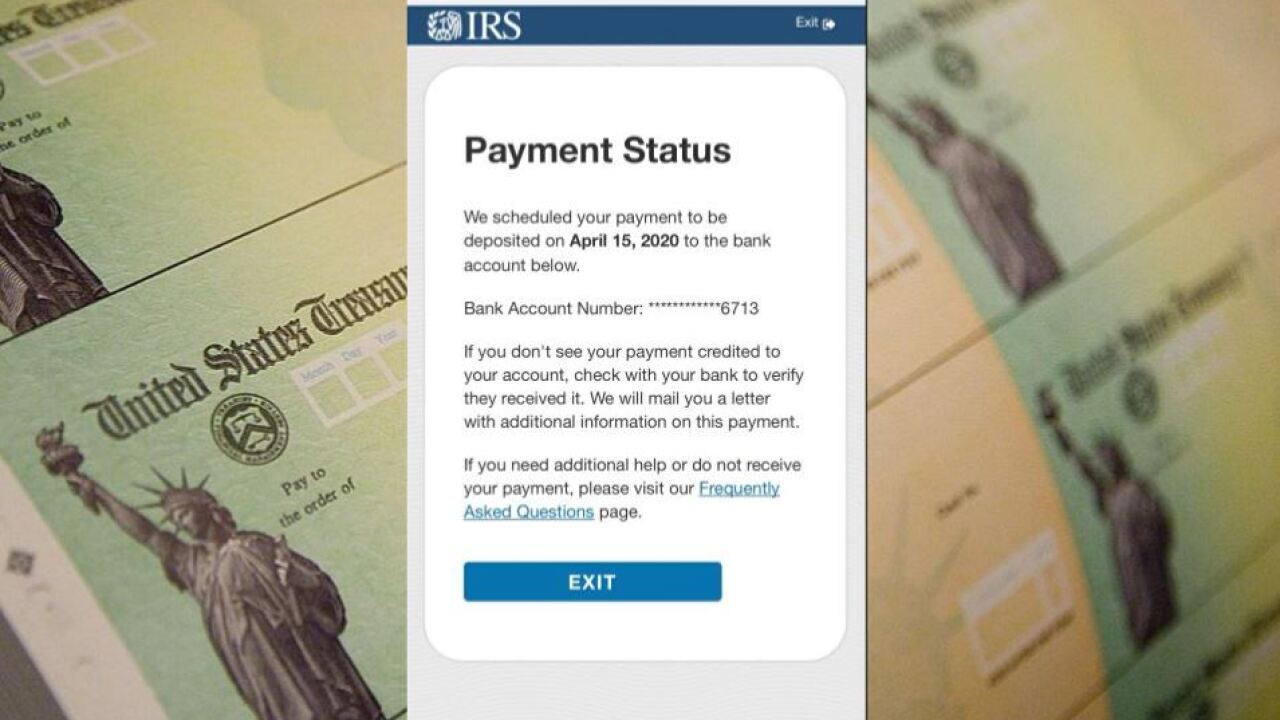 RICHMOND — Call 6 Investigates is looking into complaints from people in Indiana who say it appears their stimulus checks were deposited in the wrong bank accounts.

Jeff Hughes of Richmond contacted RTV6 after he went to the IRS website to check the status of his refund.

“It said it went into an account with four digits that I didn’t recognize,” said Hughes. “So, the first thing I did was start digging through any old accounts. I went into the attic and started pulling old bank account numbers and it doesn’t match any account that I’ve ever had.”

The IRS says if your check goes to a closed account, the bank should reject it, and then you’ll receive a paper stimulus

However, Hughes was worried someone out there had his money.

“I tried to reach the IRS and got nowhere,” said Hughes.

Thankfully, a few days later, Hughes said the money finally showed up in the right account although the IRS website still shows an account that doesn’t belong to him.

Call 6 Investigates reached out to the IRS to find out why this is happening and what you should do, and we are still waiting to hear back.

Some Hoosiers have also complained that their banks have taken their stimulus money.

RTV6 reached out to the Indiana Bankers Association, which provided the following information:

As the letter states, “We urge Congress to clarify that future stimulus payments responding to this public health emergency are exempt from otherwise legally binding garnishment orders.” The letter later clarifies: “Unless Congress takes action to provide legal certainty, banks are legally required to provide garnishments to third-party creditors.”

The Indiana Institute for Working Families is urging Governor Holcomb to issue an order prohibiting financial institutions from seizing stimulus checks to repay a debt owed to them.

RTV6 reached out the Governor’s office, which provided this statement: