Indianapolis restaurants and businesses permanently closed due to COVID-19 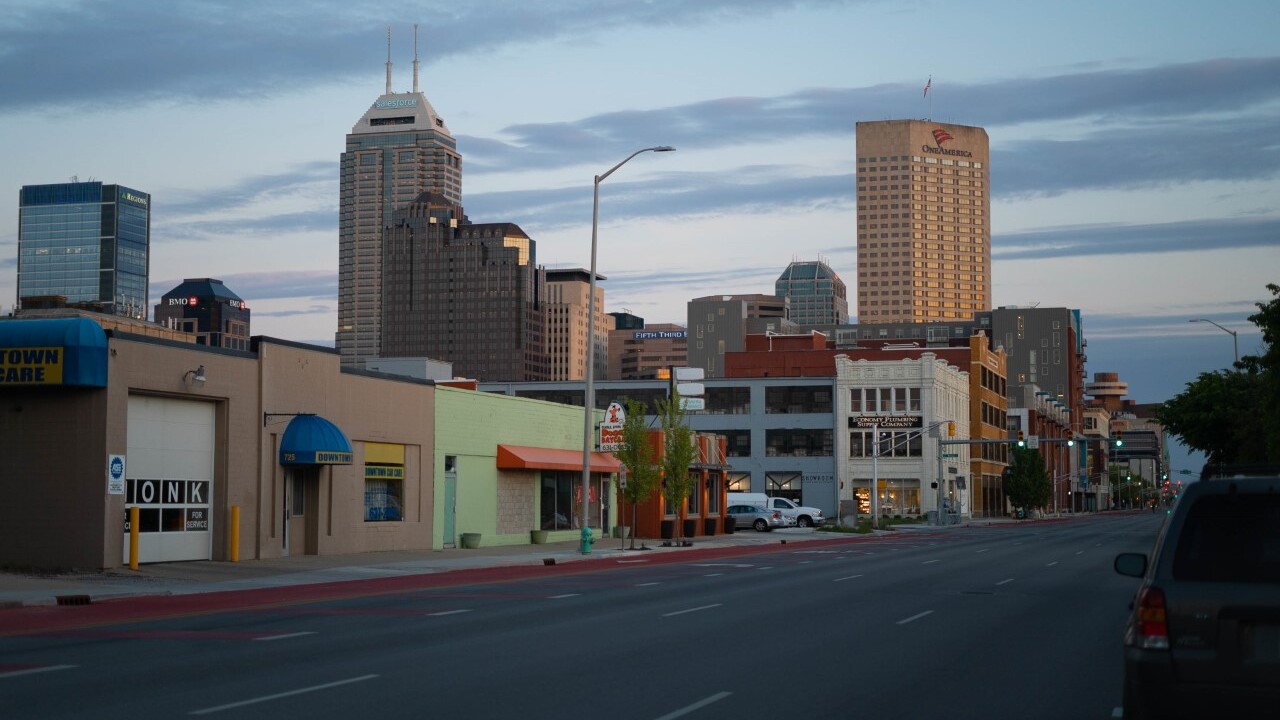 INDIANAPOLIS — The impacts of the COVID-19 pandemic will undoubtedly ripple through every industry. Restaurants, and the hospitality industry as a whole, may arguably feel it the most.

Locally, here are the restaurants and businesses that were forced to close their doors due to the coronavirus crisis.

It appears Boston Market on the northwest and east side of Indianapolis are now permanently closed.

Signage has been removed from both locations, one on West 86th Street and the other on East Washington Street. Neither of the locations are listed on the Boston Market website.

RTV6 has reached out to Boston Market for confirmation as to whether the closure was related to COVID-19 or not, but has yet to receive a reply.

A popular and longstanding restaurant on the northwest side of Indianapolis has shut its doors—it appears, for good.

Bravo Cucina Italiana, located at 86th Street and Township Line Road, has a sign on the door telling customers it is closed.

"We have made the difficult decision to close this restaurant," read the sign. "Thank you for giving us the opportunity to serve you through the years."

Bravo's Indianapolis location is no longer listed on the company's national website, either.

This Broad Ripple gem announced it would be closing indefinitely in late April.

Although they're shutting their doors after 15 years at this location, the owners say they look forward to opening again sometime in the future, somewhere else.

To Our Dancing Donut Customers, Friends, & Family: It is with a heavy heart I announce The Dancing Donut will permanently close on June 7th after our last donut dances from the shop at 1pm. We will remain open as usual until then (including on National Donut Day on June 5th). Please continue to place orders online through June 7th: https://thedancingdonut.smartonlineorder.com/ I sincerely hope between now and June 7th you can stop in to say goodbye and enjoy one last John Dough, Kevin Bacon, or even a Mariah Berry. Over the past 5 ½ years I have had the unwavering support of our community and enjoyed meeting and getting to know so many of you! I could not have asked for a better team- especially our donut makers who arrived night after night over the past ½ decade to make scratch donuts by hand before sunrise. I did the best I could to keep things afloat amidst Covid19, but she got the best of me unfortunately. She can take my business, she can take my donuts, but she will never take my entrepreneurial spirit! Please continue to support our small business community including The Flying Cupcake and so many others! Xoxo Kate Drury

After close to six years on the north side of Indianapolis, The Dancing Donut announced it's permanent closure on social media on Thursday, May 28.

Although the donut shop will be closing its doors for good, it will be open for National Donut Day on June 5.

The Dancing Donut's last day will be June 7.

After 15 years on the north side of Indianapolis, Fleming's permanently closed its doors in early May.

According to the business's Facebook page, the steakhouse is permanently closed and is no long listed on the Fleming's website.

Morton's Steakhouse is another restaurant that appears to be shutting it's doors for good.

The fine dining restaurant in downtown Indianapolis looks to be shuttered up and it's Facebook status has been changed to "Permanently Closed."

The Indianapolis location is also no longer listed on Morton's website.

RTV6 has reached out to Landry's Inc. for a response, but have yet to hear back.

Next Door Eatery opened in late 2017.

According to a Huffington Post article posted in early April, the restaurant chain cut off access to an emergency fund right before putting about 100 employees out of work.

RTV6 has reached out to Next Door Eatery for a comment and has yet to hear back.

It is with great sadness that we announce today, on the 6th anniversary of opening TNE, that we will not be re-opening....

The North End BBQ on the northeast side of Indianapolis announced on Wednesday it was closing for good due to COVID-19.

We will miss you all. Never forget to #PartyLikeAPro.

Old Pro's Table announced it would be closing for good after 30 years on Thursday, May 14.

It is with a very heavy heart that we regret to inform you we've made the difficult decision to close our doors,...

The Fisher's brewpub announced its closure on April 29.

Redemption Ale had opened in 2014. It was known for its hand-crafted ales and creative menu.

We regret to inform you that Sherwood Cafe has permanently closed. Thank you to our customers who have supported us...

Unfortunately I will be permanently closing Slimms Pizza. Landlord has been unwilling to work with us during this time...

Posted by Slimms Pizza and Salads on Saturday, April 25, 2020

This mom and pop pizza joint in Fisher's announced it would be permanently closing on April 25.

They're currently having a restaurant equipment sale.

Stacked Pickle is closing all of its restaurants after the COVID-19 pandemic has resulted in loss income.

The decision comes after Gary Brackett, CEO of Stacked Pickle, evaluated options to reopen once the stay-at-home orders are lifted.

Brackett is a former linebacker for the Indianapolis Colts.

"Unfortunately, the loss of several significant sporting events and a month and a half of business, combined with on-going restrictions and the uncertain duration of this crisis, left us unable to find a viable financial path forward," Brackett said in a statement posted to Facebook.

There’s no other way to put it — 2020 has sucked. We’ve been navigating this new world day by day and rolling with the punches it has thrown at us. The safety of our customers and staff is our first priority, and at this time, we do not have immediate plans to reopen 3 Floyds Brewpub for bar or dine-in service. We’re going to continue to brew the beer that brought us together and uphold the culture that you all have built with us over the past fifteen years in the pub. ⚔️ Although we can’t pour you one at the bar, our beer & spirits (plus merch and packaged food items) will continue to be available for curbside pickup at the brewery. In these uncertain times, we’ve put our plans to expand the brewpub on hold. ✨ Cheers to all of the servers, chefs, hosts, bartenders, dishwashers, line cooks, kiosk warriors, and managers who have been a part of our crew since 2005. We could not have asked for a better team 🖤 Thank you, thank you, thank you, to everyone who has stopped in for a pint, knocked back a plate (or ten) of cheese curds, or posted up with their pup on the patio. Each of you left a lasting impression on our ‘not normal’ hearts. Cheers to you 🍻

The famed Midwest brewery stationed in Munster, Indiana, Three Floyds Brewpub, announced on May 20 that it would be keeping its doors shut long after the state's scheduled reopening date.

Although its brewpub will be closed indefinitely, the brewery will continue to make its iconic brew. News that Hoosier fans across the state can still remain happy about.

With heavy hearts we want to let you know that WB Pizza has permanently closed its doors as of May 30th, 2020. We want to thank you all for your support and encouragement for the past twenty years. Each and every one of you is special to us, and we feel fortunate to have shared part of your lives. We've enjoyed watching your kids grow up and create families of their own. We've met your friends and your neighbors, shared your troubles and your triumphs, and celebrated all sorts of occasions with you. We will always be grateful for having known you. Nothing made us happier than feeding you well! Since there are way too many of you to say goodbye to personally, please know that we will never forget you and hope that we will see you again. Will & Kathy

After 20 years, WB Pizza has announced its closing permanently.

The closure is in affect as of Saturday, May 30.

Other restaurants in Central Indiana forced to close due to the impacts of the coronavirus includes the decades-old Clayton Cafe in Hendricks County. A long-time staple in the small Indiana town.

MORE | Indianapolis' restaurant and hospitality industry is fighting for itself — here's how you can help | Coronavirus in Indiana: These businesses are closing or laying off workers because of COVID-19 |

Do you know of any other restaurants that were forced to close their doors because of COVID-19? Email Real-Time Digital Content Editor Shakkira Harris at shakkira.harris@wrtv.com.