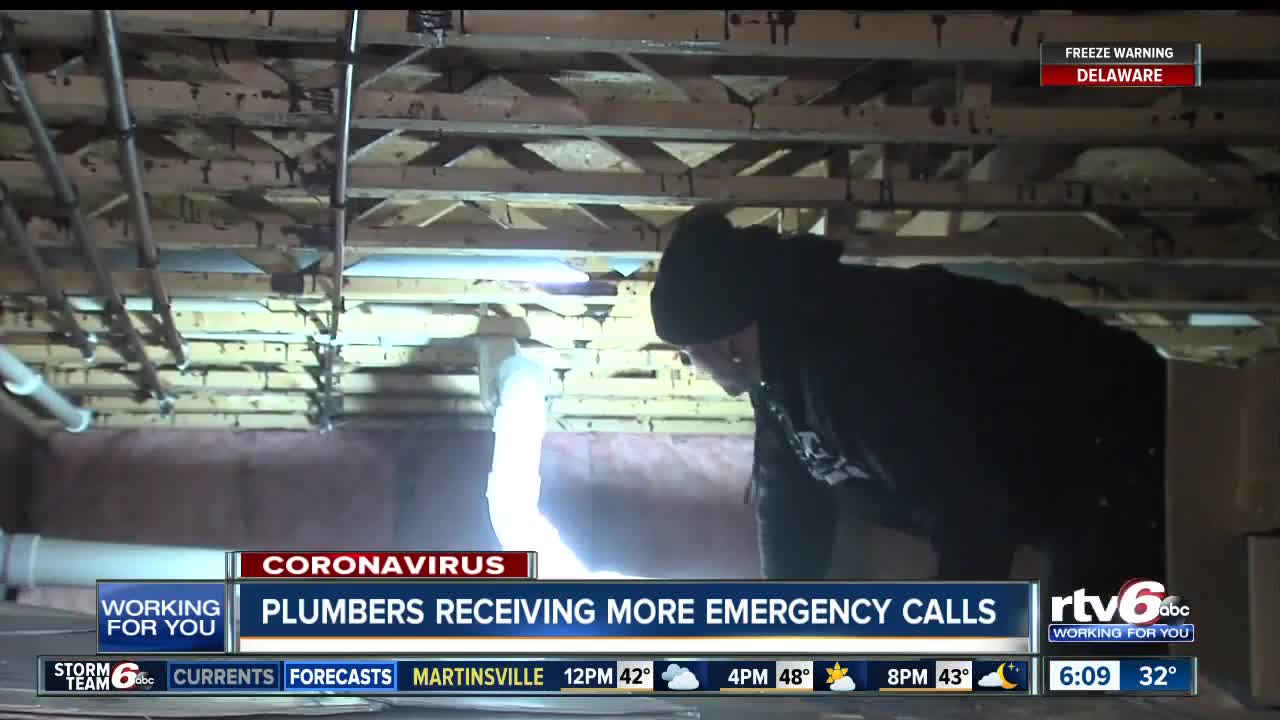 Plumbers are seeing an increase in business with more people staying at home. 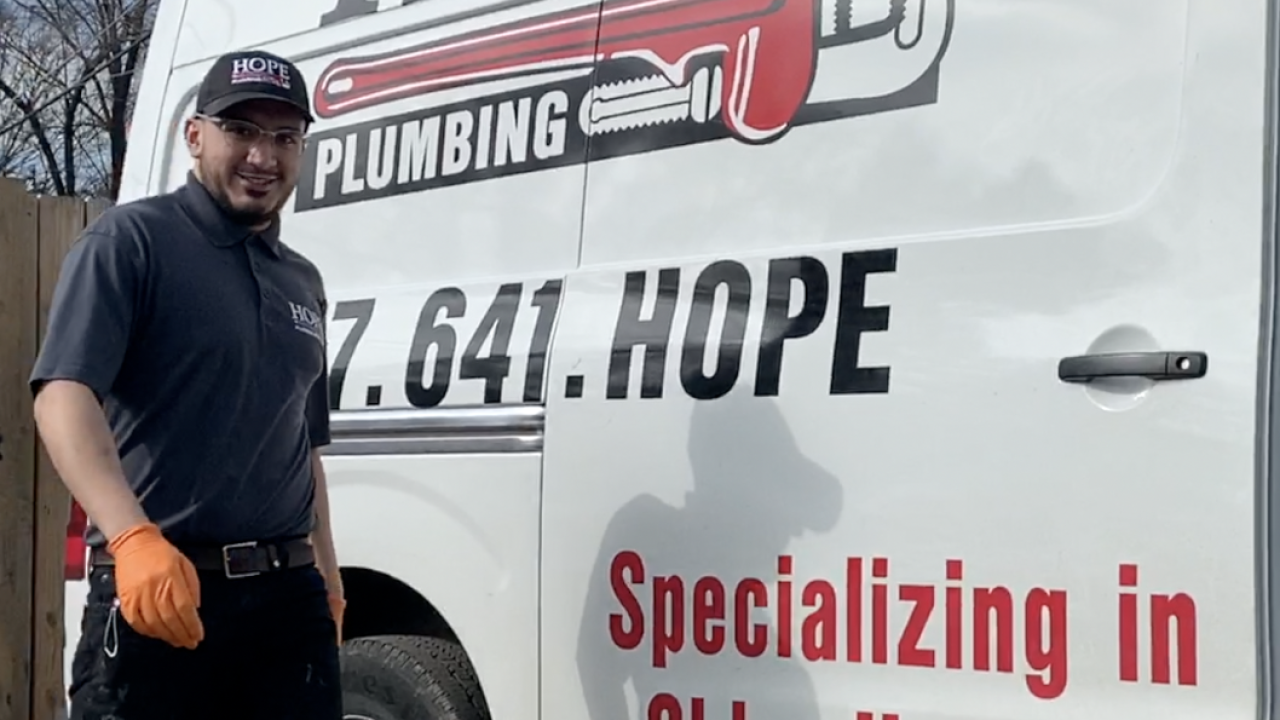 INDIANAPOLIS — Plumbers are considered essential workers during the stay-at-home order, and one local plumber says that's an excellent thing because their call volume has dramatically increased.

Jack Hope, the owner of Hope Plumbing, says his company is receiving more emergency service calls than ever before.

Hope says with more people spending all of their time at home day after day, plumbing systems are being used more than they typically would.

On a typical day, Hope Plumbing would have 30 crews responding to maybe two calls, and now they are each responding to four or more.

Since the workers are in and out of people's homes, they are taking precautions to keep themselves and their customers safe. Hope says all of the crews are using gloves, some of them are also wearing masks. The technicians are also expected to wash and wipe down any areas they work in before they leave a customer's house.

Since Hope was fortunate not to need to put his business on hold during the stay at home order, he is encouraging customers to patron other small businesses like restaurants. Hope is offering a deal where takeout receipts act as coupons.

"We've got a running coupon right now where if you purchase food from a local restaurant, we will take your receipt and use it towards our services. So if you go to Yukio right now and get $40 worth of takeout, we'll give you 40 dollars off your invoice," said Hope.

The plumbing pro also has some advice to people who are stuck inside right now. He says to keep an eye on the kids and make sure they are not putting anything down the drain that shouldn't be down there, as that has been the reason for several of the emergency calls they have received. Also, it's a good time to make sure you are aware of where your water shut-off valve is located. If there is an emergency and a plumber can't get there quickly, you can shut off the water to your home yourself to avoid extensive damage.