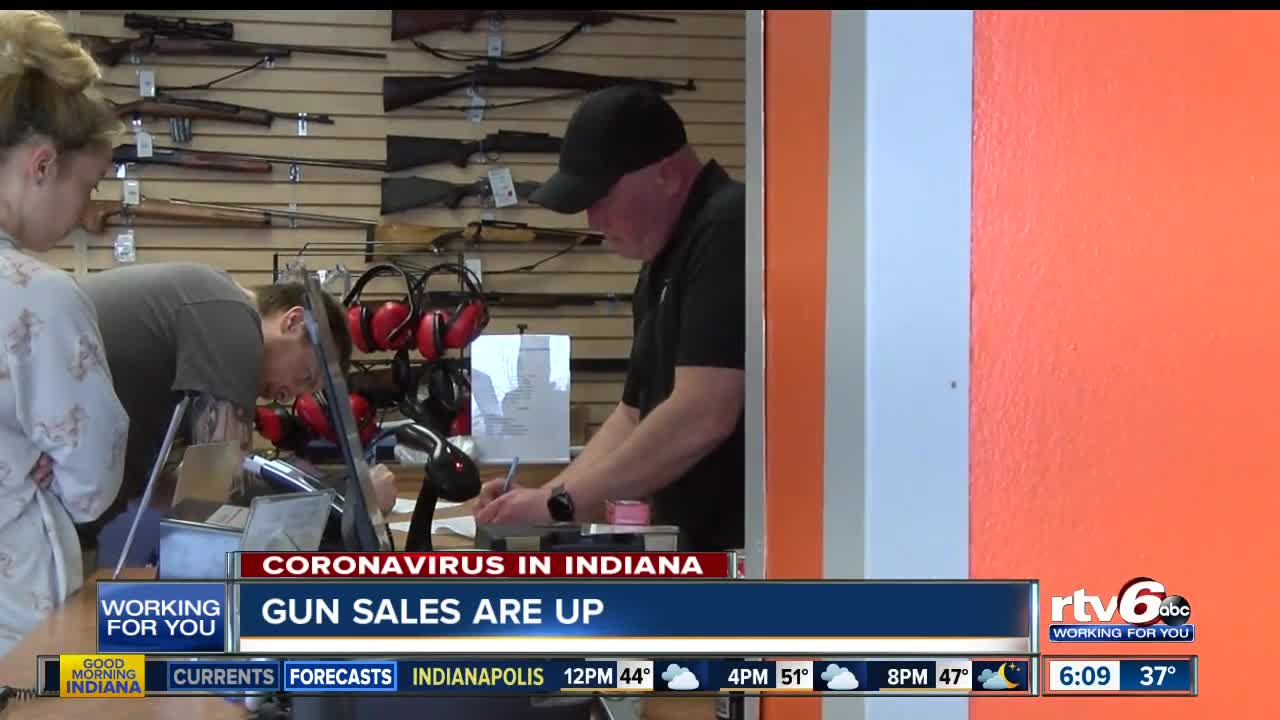 Gun sales are up during the COVID-19 pandemic, and customers at an Indianapolis gun store said they are worried about the uncertainty of how the outbreak is impacting the country. 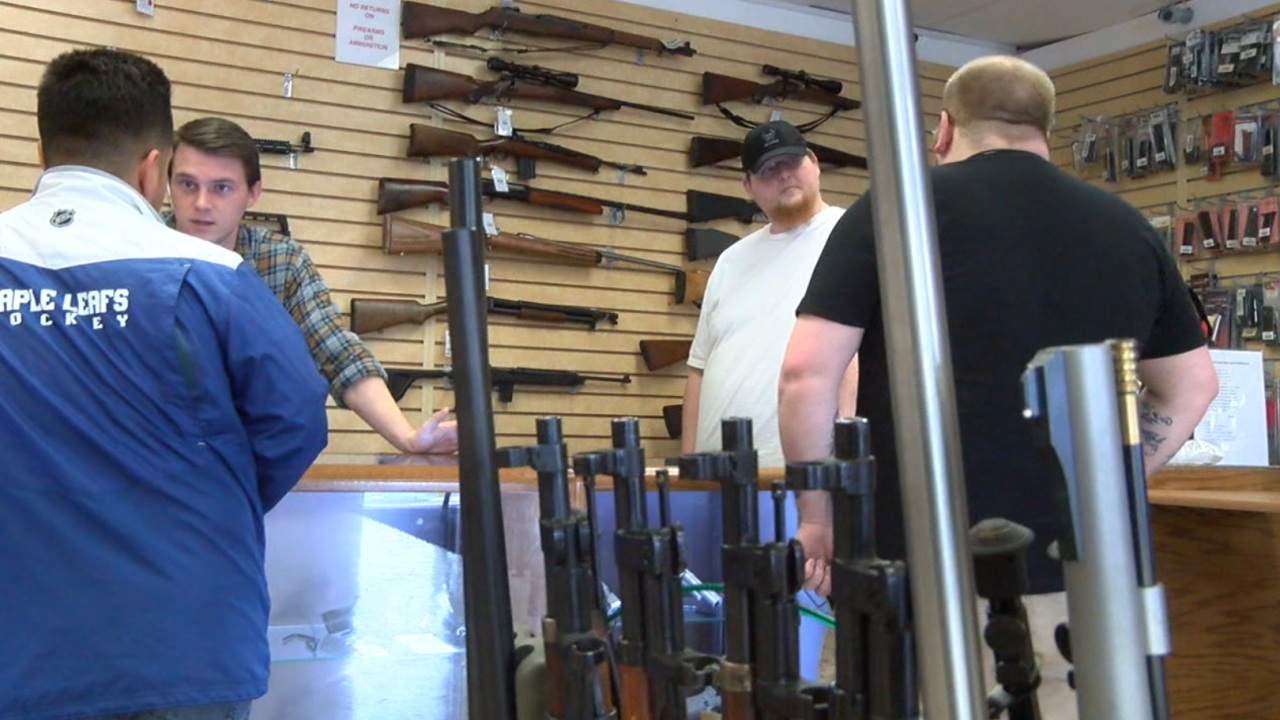 INDIANAPOLIS — Several area gun stores have taken their phones of the hook recently because they are struggling to keep up with demand.

Indy Trading Post is one of the stores that is working to keep their inventory on par with the sudden increase in interest during the COVID-19 pandemic.

Brian Ludlow, who owns the south side gun shop, said sales have rapidly increased since last Monday. Since then, he and his staff have stayed late every day to complete background checks and sales. Ludlow noted that there have been a steady stream of customers coming in.

On Friday, the store received two truckloads of new inventory, firearms and ammunition. Ludlow said all the new stock was sold by Saturday night. The store was closed Sunday so employees could work to restock and reopened Monday morning.

“We’re selling out of everything as fast as we can bring stuff out. It’s been selling it’s been crazy,” Ludlow said. “The last time I saw anything even close to this was right after Sandy Hook. Everyone was rushing in and trying to buy everything because they thought there was going to be gun bans or gun regulations.”

In just one day last week, Ludlow said they sold as much as they typically do in an entire month.

He said it’s unfortunate, but most people are buying out of fear.

“I think that people are scared," he said. "That’s generally what fuels this.”

Will Allen, 20, said that is exactly what brought him in to the store.

“People are afraid. I just want to be ready. Protect myself and my family," Allen said.

Ludlow noted that many people purchasing right now are first-time firearm owners. He is encouraging them to get educated.

“I know a lot of people are rushing out to buy, but just try to educate yourself on the firearm try to be careful," Ludlow said. "Once this settles down, if you still want to have the firearm, take a class or a course. Just be safe with it because I think there are a lot of people who have never owned a firearm buying firearms right now.”