Graffiti at Columbus fire stations is actually a good thing

A show of support for first-responders 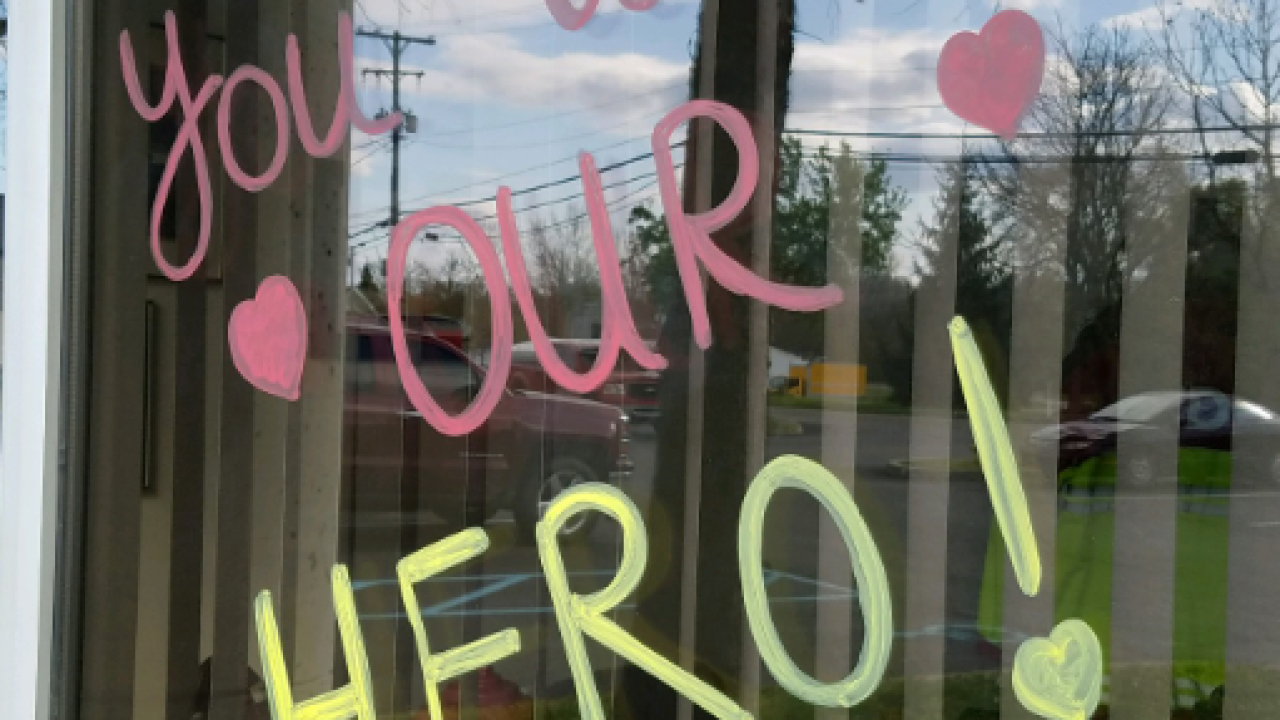 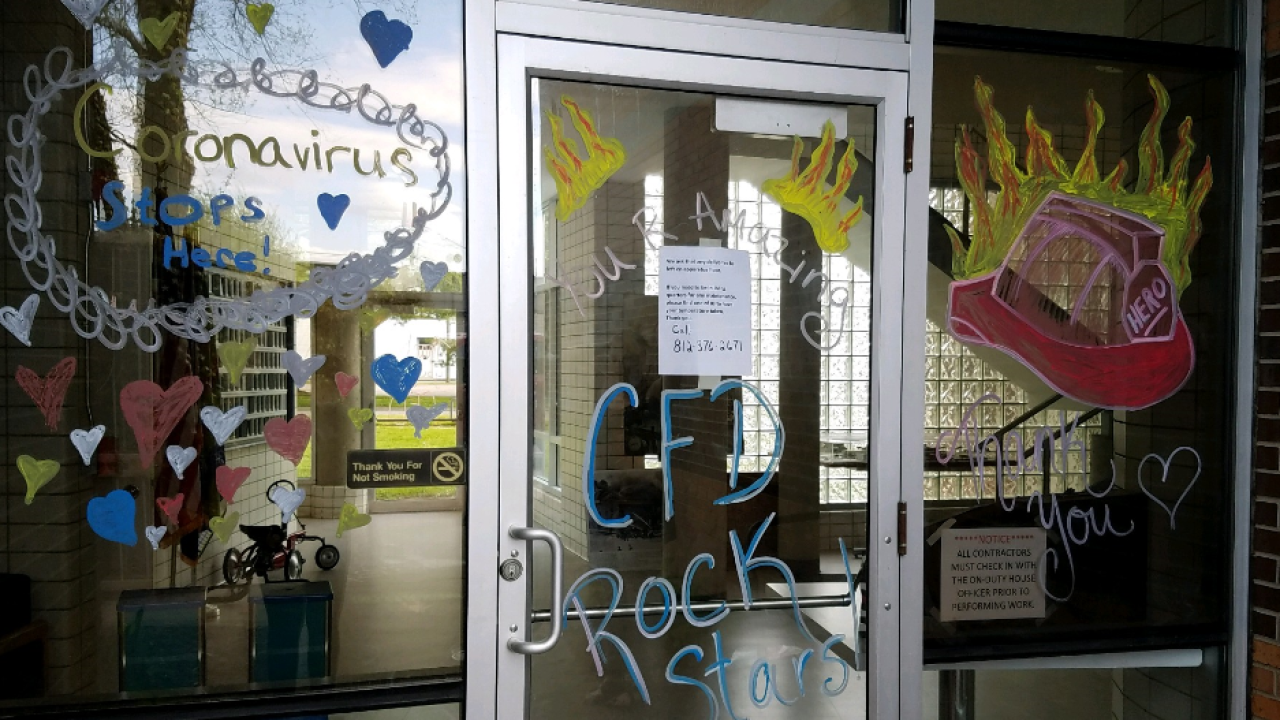 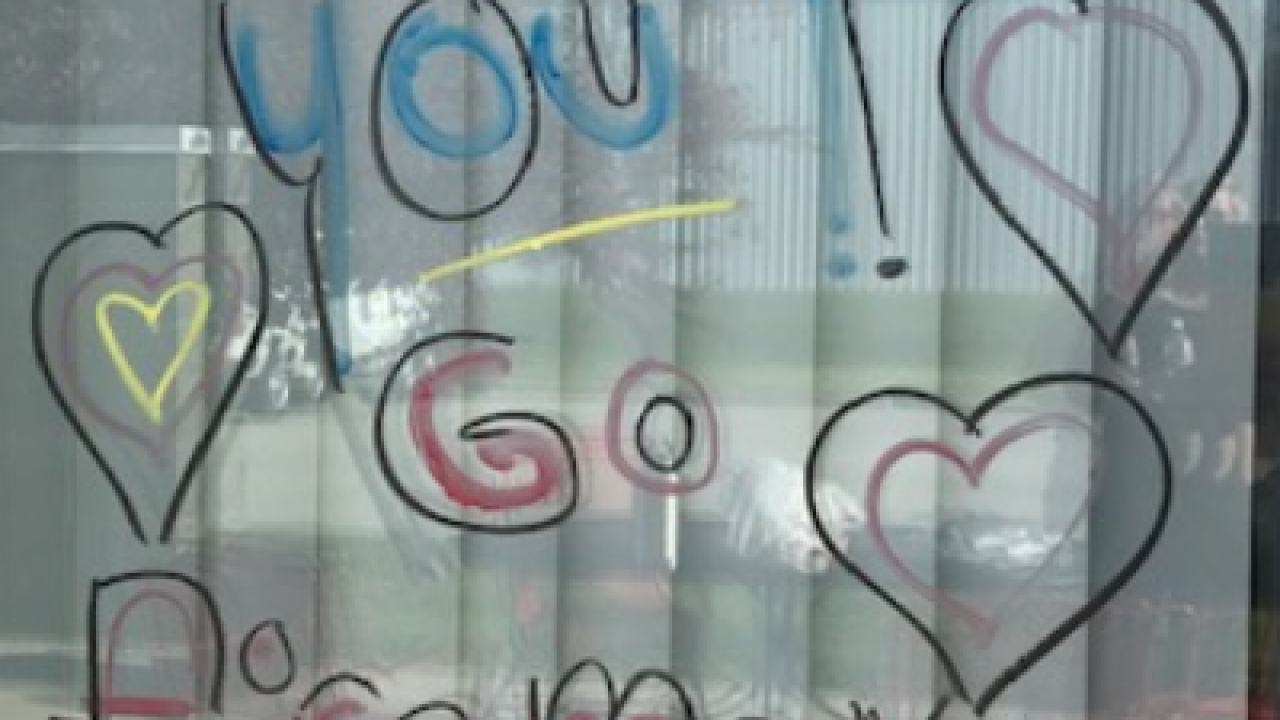 COLUMBUS -- Graffiti is often considered a nuisance, just something that has to be cleaned up.

That is not the case in Columbus, where heartwarming graffiti has appeared at several fire stations.

At a time when first-responders face virus-related dangers, they are finding words of encouragement on windows, doors and sidewalks.

Turns out the "culprits" were firefightrer's family members who had to show their support for public safety workers.

Columbus Fire Chief Andy Lay said the organizers contacted him in advance and agreed to remain on the exterior of the fire stations, as a safety measure. “ We are very thankful for this gesture of support during such trying times,” said Lay, who said that community support has been immense.

The Columbus Fire Department has been the recipient of cleaning supplies and hand sanitizer donations from area businesses, schools, and community organizations, and food donations from local restaurants and grocery stores.