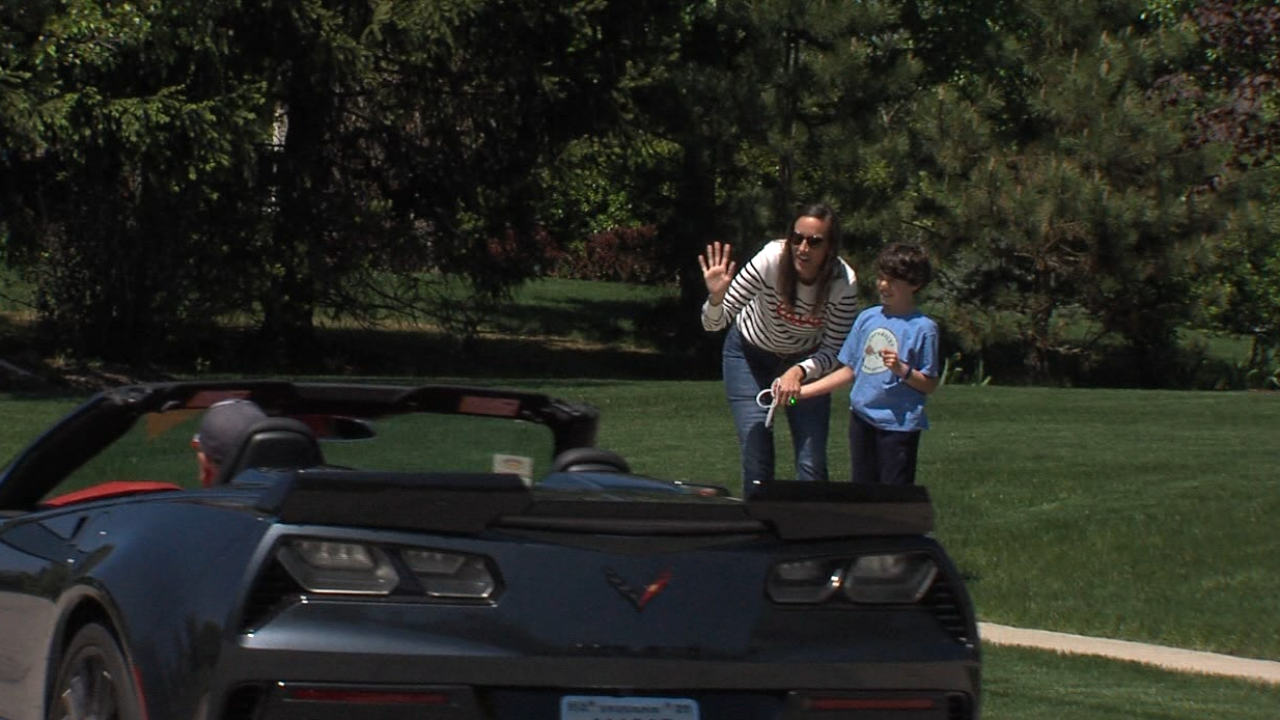 Jack is a big fan of classic cars, so his Mom asked the club to help surprise him since he couldn't have a big party because of social distancing restrictions.

"Jack and I had talked several weeks ago and he had just said that this was not going to be the best birthday ever because nobody could come to his birthday," Natalie Evers, his mom, said. "And so we were just trying to think of a way to make it a great birthday. I just randomly contacted Indy Corvette and today 24 of them came to drive by to surprise Jack, to wish Jack a happy birthday."

He helped raise around $2,600 for St. Baldricks, a charity to help raise money for childhood cancer research. Jack and his brother will shave their heads in honor of Brooks Blakemore, of Carmel, who died of brain cancer almost four years ago.