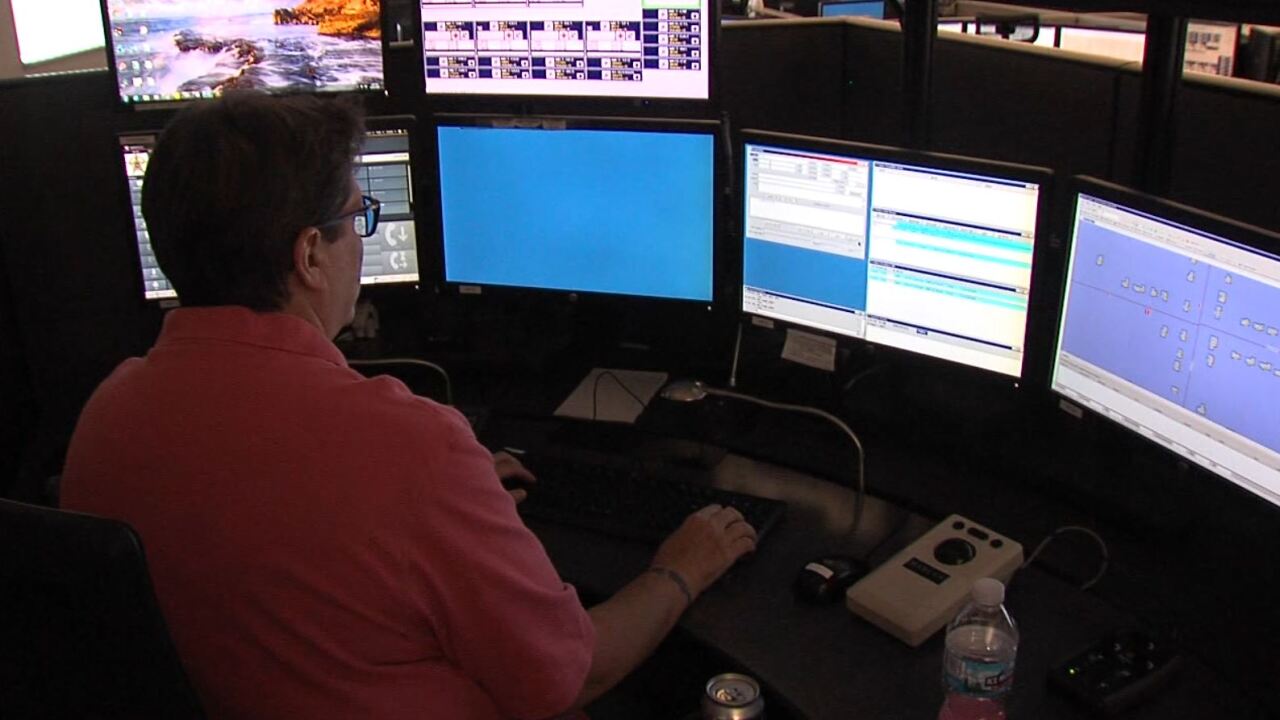 INDIANAPOLIS — The leaders of several local law enforcement agencies are asking people not to call authorities to report violations of the statewide mask mandate.

The mandate goes into effect Monday and states people 8 years old or older need to wear a mask in public indoor spaces, on public transit, in schools, and outside when it's not possible to follow social distancing guidelines.

Holcomb said not wearing a mask would be a Class B Misdemeanor, but "mask police" would not be looking for people violating the mandate.

Agencies are asking people to report violations to health departments instead of calling authorities.

"Multiple calls of this nature will only hinder that ability of our dispatchers to dispatch first responders to serious calls," a post from the Blackford County Sheriff's Office read.

Several of the statements also said officers and deputies would not be enforcing the mandate.

"Regardless of any opinion of masks or their impact on COVID 19 good or bad, we must not deviate from the documents which protect our freedoms and liberties," Hamilton County Sheriff Dennis Quakenbush said in a statement. "We must guard them at all costs. The men and women of the Hamilton County Sheriff’s Office will not be enforcing the mask mandate and will consider it null and void."

In an opinion released Wednesday night, Indiana Attorney General said Holcomb doesn't have the authority to issue the mandate and should call a special legislative session.

When asked about the opinion by a reporter Thursday, Holcomb said he wouldn't have issued the mandate if he didn't think he could, a spokesperson for the governor's office said.

You can read some of the reactions from law enforcement agencies below:

To the Citizens of Sullivan County.

As you are likely aware, this week Indiana Governor Eric Holcomb signed an executive order mandating the wearing of masks in public places, beginning Monday July 27, 2020.

As your Sheriff, I have received several questions, therefore, I feel it is important to address our position concerning enforcement of this order.

Sullivan County Sheriff’s deputies will not stop or detain a citizen for not wearing a mask.

My staff will not be issuing citations, or taking anyone to jail for a violation of this order.

Our agency will not respond solely to a reported violation of this order.

Therefore, please do not call the Sheriff’s Office or 911 dispatch to report violations of this order.

As sworn officials we will uphold the Constitution of the United States and enforce the laws of the State of Indiana, which were put into place by our elected legislators.

Please know that a business or organization reserves the right to deny entry, and/ or refuse service to an individual.

Failure to leave a business or organization after being asked to do so, could be considered trespassing, creating an unwanted legal situation for yourself.

Because of the unique responsibilities inside our facility, masks are required inside the Sullivan County Sheriff’s Office and Jail.

My staff and I will be wearing masks when interacting with the public, while on duty, or whenever appearing in the uniform of the department, unless safety dictates otherwise.

We too look forward to the day when life returns back to “normal“.

As a community, we will get through these trying times together.