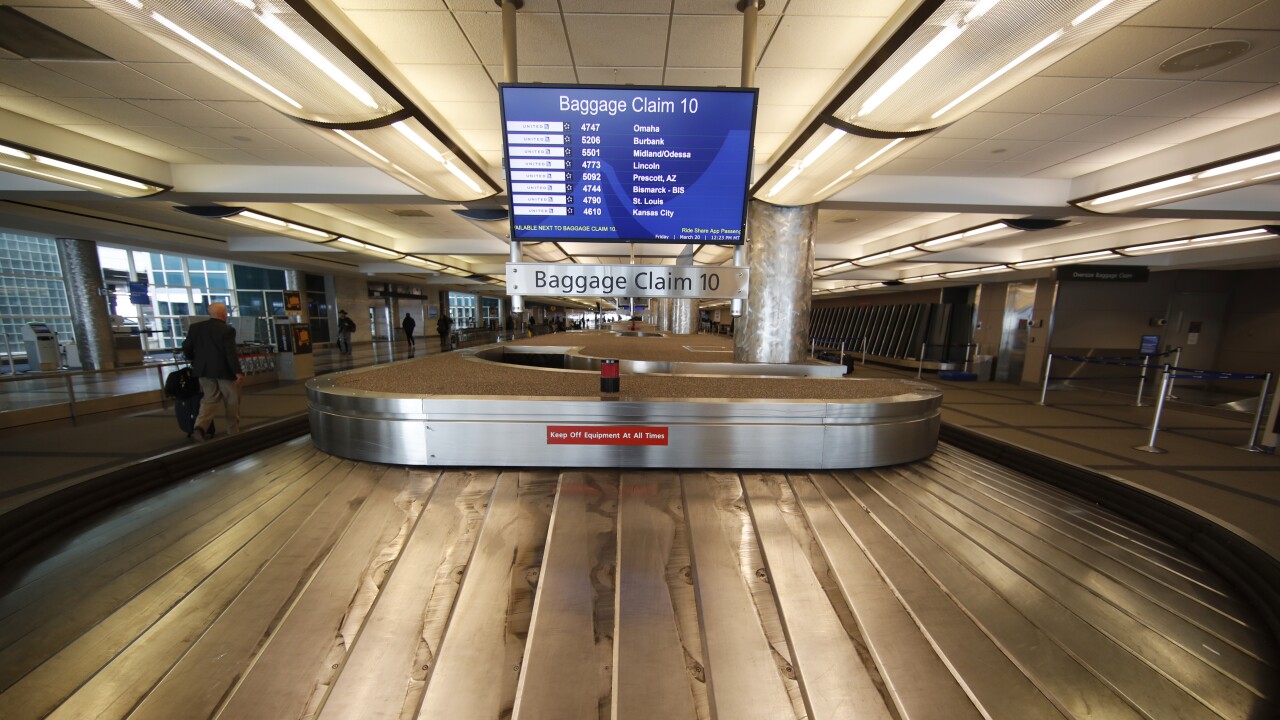 David Zalubowski/AP
FILE - In this March 20, 2020 file photo, an empty baggage carousel spins in Denver International Airport as travelers deal with the spread of the coronavirus in Denver. Airline service in the United States is teetering on the brink of collapse, with near-empty planes and coronavirus-caused outbreaks that have left some air traffic control towers empty. Even with sharply reduced schedules, airlines are consolidating some of the remaining flights because passengers aren’t showing up. (AP Photo/David Zalubowski, File)

Airlines are canceling thousands of flights, and even those that remain are mostly empty.

Airlines are also drafting contingency plans in case there aren't enough air traffic controllers or airport security officers to keep flying. Still, airline stocks soared Tuesday on reports that Congress and the Trump administration are close to a deal on economic stimulus, including help for the carriers.

Airlines officials say their situation is dire, and they are lobbying for at least $50 billion in help from the federal government.

But lawmakers disagree on whether that should include cash grants or just help in getting loans to the airlines, which were highly profitable before the coronavirus outbreak.