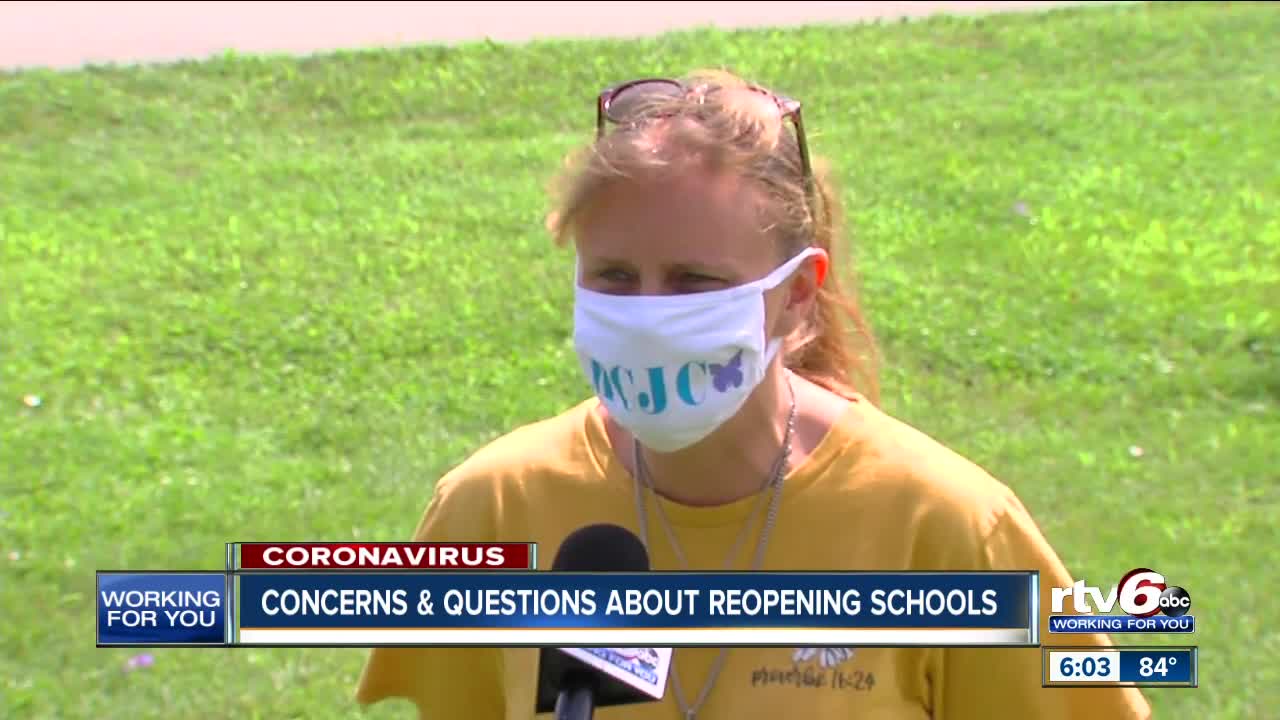 Concerns and questions about reopening schools

INDIANAPOLIS — Indianapolis Mayor Joe Hogsett announced on Thursday that schools in Marion County will not be able to start in-person classes until Aug. 5 because of a rise in COVID-19 cases.

Parents have concerns and questions as state and local leaders work to lay out plans for a safe return to the classroom.

RTV6 spoke with two mothers who have children in Wayne Township schools. One said her son's doctor has advised not to send her two kids back to class. Meanwhile, the other mother is preparing to send her two girls back.

"It's sad he's not going to be able to start middle school the way we would like to but you got to roll with the punches," Shanon Singer Mann said.

Mann's son, Cayden, has a lung condition and because of that both of her children that attend Wayne Township schools will do e-learning this year.

"His health, all of our health comes first," Mann said. "I would do whatever it takes to make sure we stay safe and healthy."

Meanwhile, other parents in the district are choosing to send their children back to the classroom.

"I'm not really wanting them to but they said, "Mom, we are not doing very well with e-learning,'" Amber Sterrett, whose children attend Wayne Township schools, said.

The state's guidance for schools includes younger students staying in small groups and seating older students alphabetically to help with contact tracing if there is a positive case.

"Seventh and eighth grade and ninth grade or even higher they are constantly switching around and seeing different teachers that's my uneasy point about it," Sterrett said. "I don't know how they are going to actually fulfill them being in small groups."

The district's Superintendent Dr. Jeff Butts said the Marion County Health Department is asking them to come up with a plan to reduce capacity in school buildings. He said it's difficult to keep high school and middle school students in small groups, but seating charts will help.

"We know if a seating chart is alphabetical in each classroom there is a 24 percent reduction in the number of contacts a student would have during the day," Butts said.

According to state guidelines, if a student does test positive the school will identify who spent more than 15 minutes within six feet of the person for the 48 hours prior to symptoms or a positive test.

All of the students identified will be required to quarantine for 14 days.

The state guidance states if one student in a pod tests positive, that pod will need to quarantine. If there are two cases in the classroom, the entire class would be required to quarantine.