Schools make changes to graduation in wake of COVID-19 pandemic 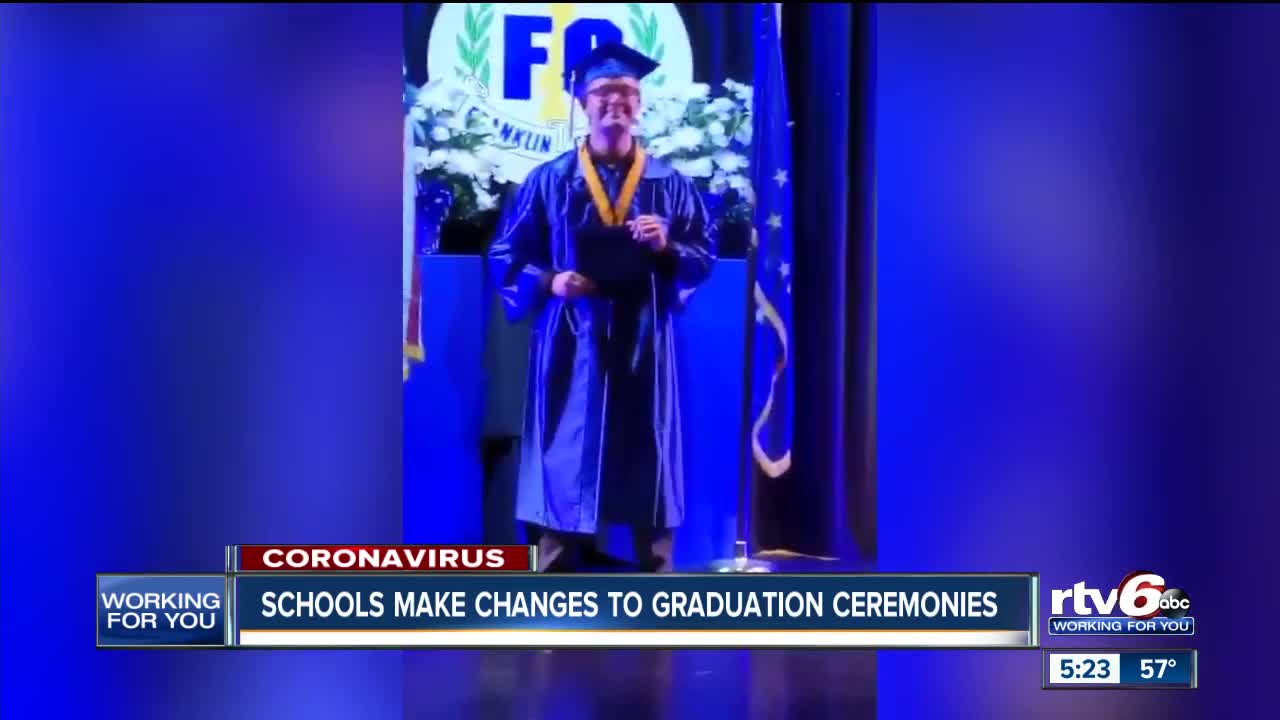 FRANKLIN — In the long list of things that aren't normal this year, add high school graduations.

Some districts are making the ceremony virtual, others postponing them until later in the summer. Seniors and their families are adapting to the changes.

It's not how Franklin Central graduate Connor Grant pictured ending his time in high school.

Instead of a large ceremony surrounded by friends, family and all of his classmates, Grant and other students signed up for a time slot this week to get their diploma, walk across the stage and take photos. Each student was allowed to bring two guests with them. Only a limited number of people were allowed in the school at once.

"We all graduate individually, we all get our own transcript and all that but together as a class we did it," Grant said. "I think that having the ceremony with all of us there is one way to really recognize this is a combined effort we did this together, we survived four years of high school together."

Grant and his classmates will never get that. It's something that is tough for parents to see as well.

Dan Bernethy's son, Brandon, walked the stage and got his diploma on Monday.

Initially, district leaders told families the graduation would all be virtual. That prompted Grant to start a petition while others expressed their frustration online.

The district later sent an email out about in-person time slots. District leaders said that was part of their plan all along.

Still, some said they wish they had the option for a traditional ceremony, even if it was postponed to later this summer.

"It's a good thing to have for closure," Grant said.