State to move to Stage 4 on Friday, two days earlier than expected 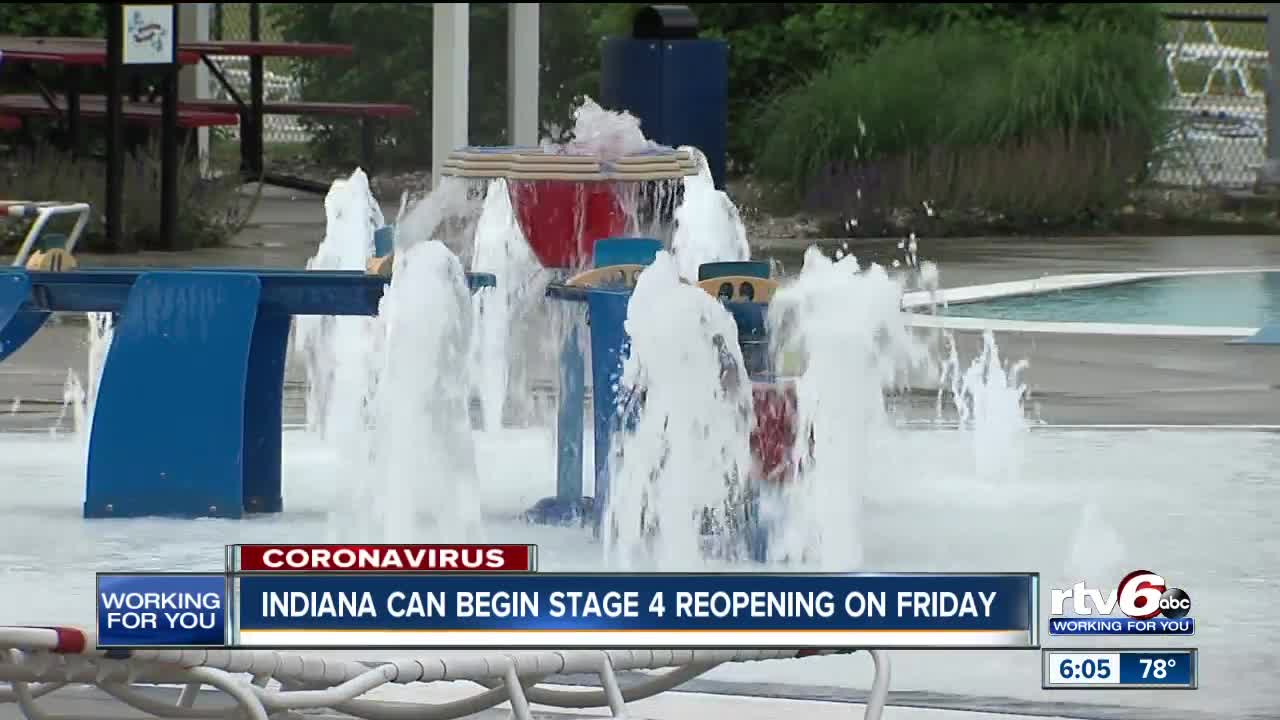 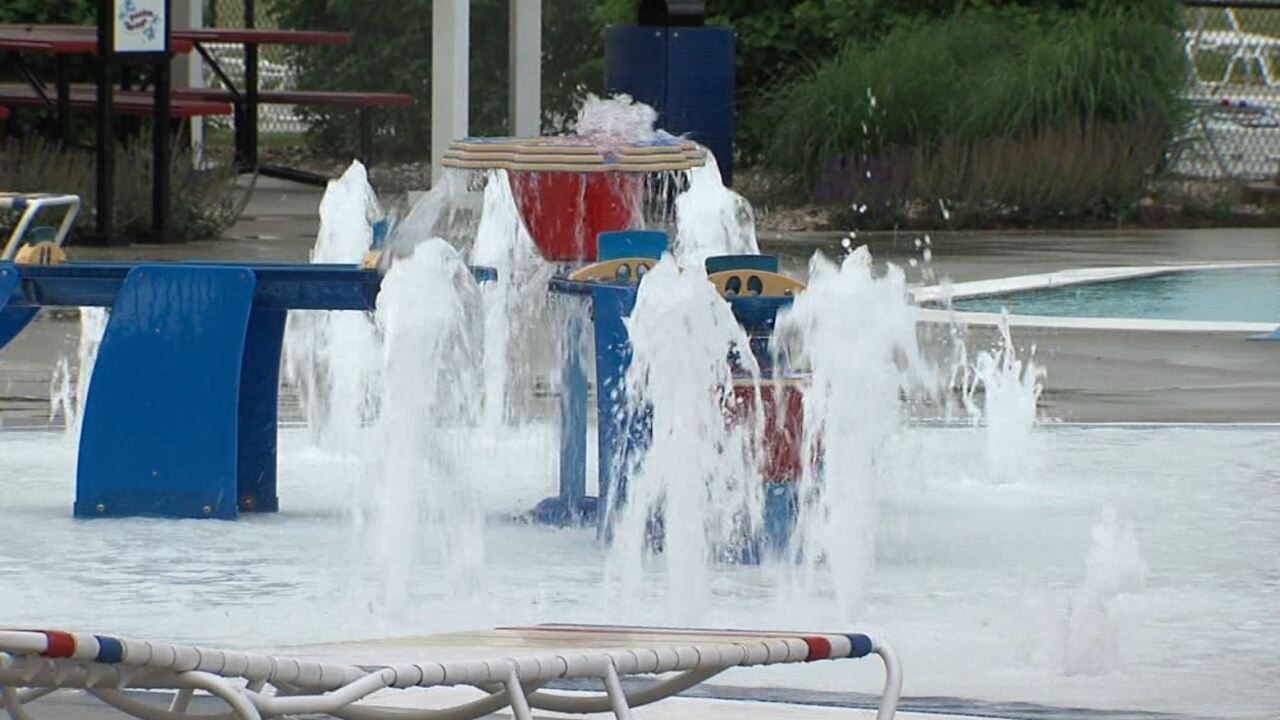 INDIANAPOLIS — Places like Freedom Springs Aquatic Center in Greenwood would typically be packed with people this time of year. Instead, it's empty. The only people you'll find inside right now are staff members as they prepare to open the park.

"In our heads we've had this so programmed on paper operationally of how this is going to look, months in advanced preparing for this," Rob Taggart, executive director of Greenwood Parks and Recreation, said.

The state of Indiana will move into Stage 4 of reopening this Friday, two days earlier than anticipated. Entertainment facilities can open at 50 percent capacity.

Gov. Eric Holcomb said all 92 counties can move into the next stage of reopening, but any counties that want to have more restrictions can do that. Stage 4 begins at 12:01 a.m. Friday morning.

Water parks will look a little different. Chairs will be spaced further apart, there will be markings on the ground telling people where to stand and you'll see sanitizing stations throughout the park.

Here are the changes to expect in Stage 4:

"Hoosiers have for the most part been not only patient but vigilant and that combination has allowed us to weather this storm and continue to progress from one to two, two to three, and now on to stage 4," Holcomb said.

Some people in Greenwood say it's a welcome step toward a sense of normalcy.

"Most people I know are anxious to come out and swim, start summer and do what we normally do in the summer," Melissa Vanlue, a Greenwood resident, said. "

Marion County is under more strict guidelines than the rest of the state and has been slower to move into new phases. A spokesperson for Mayor Joe Hogsett said new information about Marion County's next steps will be announced on Thursday.

Stage 5 is still on track to begin on July 4.