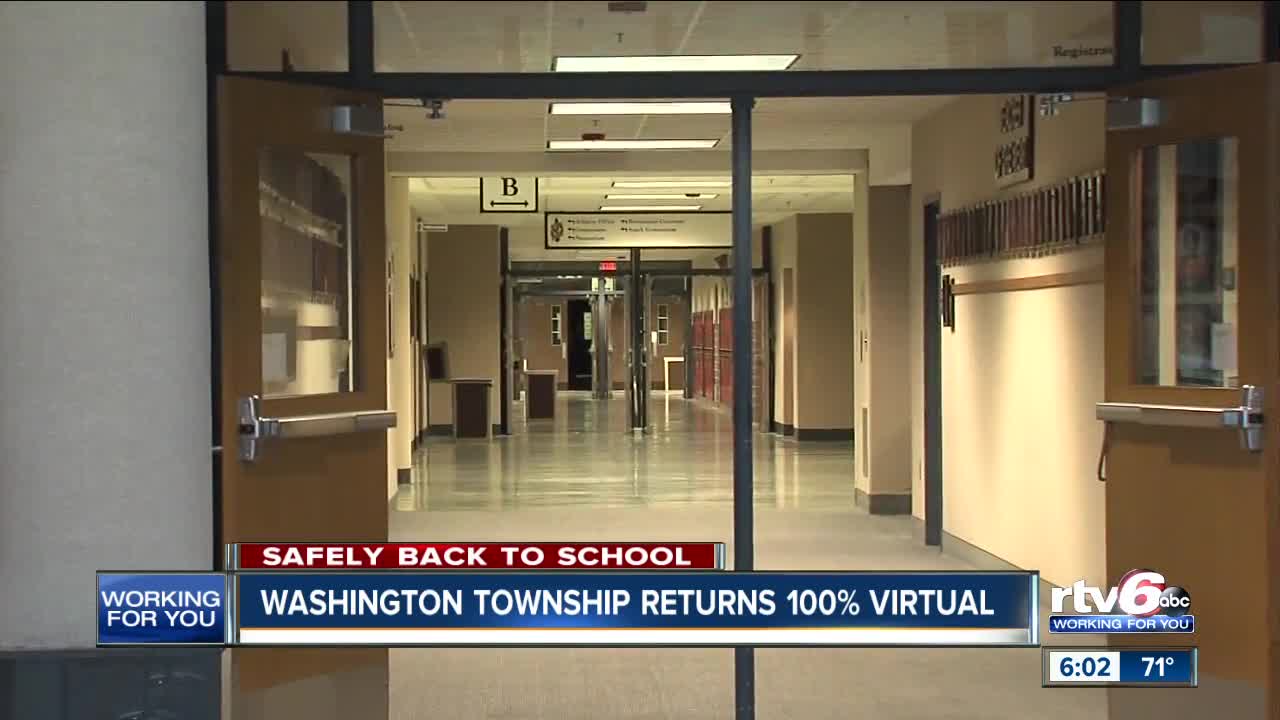 However, they all went back in different ways.

Washington Township schools are back to class, but not in the eight elementary schools, three middle schools or North Central High School. All 11,000 students in the district are returning to school virtually.

The school board president said it was the rise in cases of COVID-19 in Marion County that made school leaders take a pause in welcoming students back to the classroom and utilizing 100 percent e-learning.

But, that doesn't mean teachers are also home. Walking through the halls on Thursday, there was teacher after teacher sitting at their computer leading their online classes from their desk.

"Who would've ever expected we would be leaving school one day and finding out you're not coming back for five months," Tom Gayda, director of student media, said.

"One of the big things I think that is different than when we had to shut down back in the spring is that we are a little bit prepared for the curriculum development," William Turner, school board president, said. "So it's not the same as get people through the end of the year. Now, it's really this where we're going to have to do some learning."

In other districts like Brownsburg, they did return to in-person instruction. Parents were given their back-to-school plans in early July and given the option of in-person or virtual. The district said about 12 percent of their families opted for e-learning.

As for Washington Township, officials said they're going to reevaluate e-learning at every board meeting, depending on what the data tells them before making the decision to return.

Washington Township schools have also handed out 6,500 Chromebooks, one to every high school student at North Central and to elementary and middle school students in need of them, plus hot spots to fill the gap for Wi-Fi connectivity.