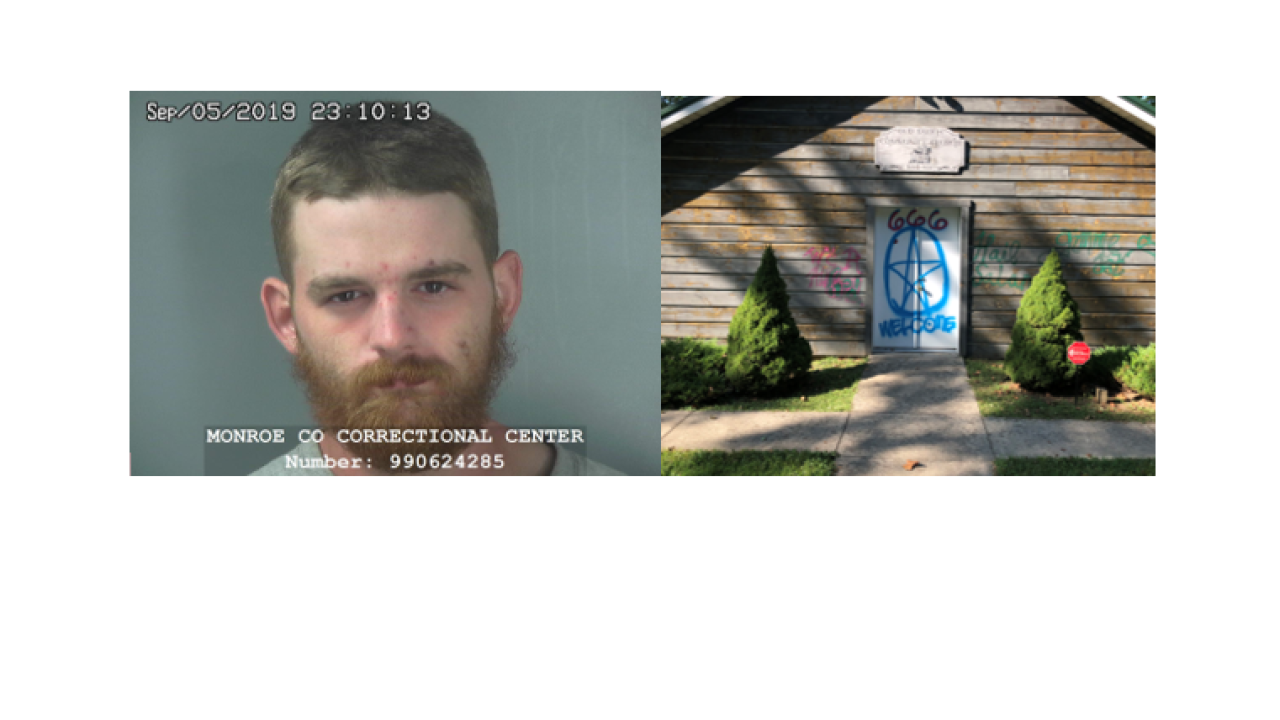 ELLETTSVILLE — There's been an arrest in a Monroe County vandalism case that plastered hateful, anti-semitic and vulgar graffiti across Old Dutch Community Church in Ellettsville.

The Monroe County Sheriff's office says it received tips on the men pictured in surveillance pictures released to the public on Wednesday.

Those tips led investigators to the arrest of a 25-year-old Bloomington man, Tyler Price, after deputies pulled him over and found 12 cans of spray paint in his truck.

Police also arrested another 25-year-old Bloomington man on the suspicion of criminal mischief and criminal trespass, according to Monroe County Sheriff's Office Capt. Ryan Davis. Formal charges have not been filed.

Church members of the Old Dutch Community Church found the vandalism on Tuesday.

Monroe County police say it knows who the other suspect is, but have yet to locate them.

The church is asking for $500 in donations to cover its deductible to have the building painted.