Burglars are drilling holes to break into homes, but better locks can offer protection 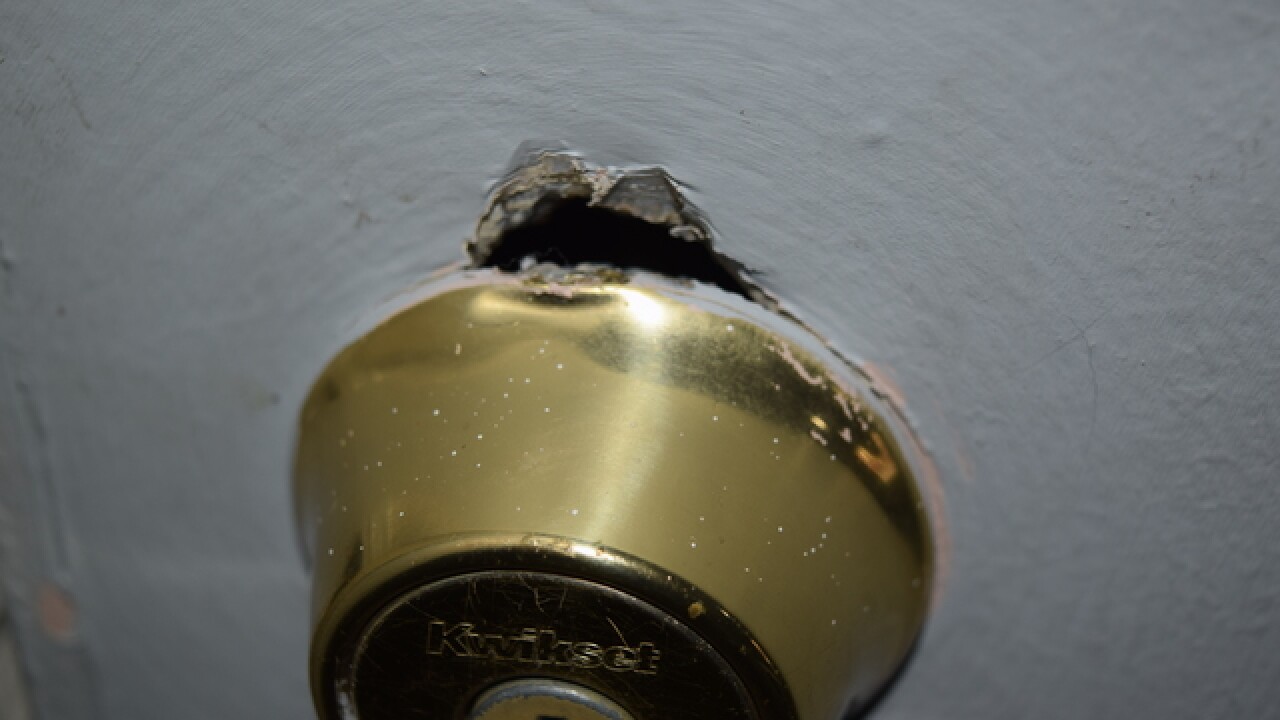 Copyright 2017 Scripps Media, Inc. All rights reserved. This material may not be published, broadcast, rewritten, or redistributed.
<p>Deadbolt break-ins</p> INDIANAPOLIS -- A new type of break-in is becoming a concern in central Indiana; burglars are drilling a hole above the deadbolt locks on doors to get in while the homeowner is away.

A spokesman for the Indianapolis Metropolitan Police Department said it appears that burglars can disable the lock on the door once they drill a hole in a particular spot.

Police say this type of break-in has become more common and is occurring more frequently.

Since January, there have been at least five reports filed in Marion County. In each of the reports, police say a hole was drilled above the deadbolt on apartment doors and items were stolen from inside.

We spoke to a local locksmith who is not involved with the investigation. He said someone would have to have an “intimate knowledge” of how locks work to be able to pull off this type burglary.

Tim Young with Bob's Master Safe & Lock says the best way to protect yourself from these kinds of break-ins is to buy a heavy duty lock.

"They're manipulating the lock outside of using the key," said Young. "There are ways you can prevent it by using some deadbolt locks that are designed to prevent that manipulation."

Young says the types of locks that would prevent burglars from being able to break in using this method cost upwards of $150.

So far, police do not have any suspects in the burglaries, and they are still trying to determine if any of them may be related.

If you have any information on these crimes contact Crime Stoppers of Central Indiana at 317-262-8477.