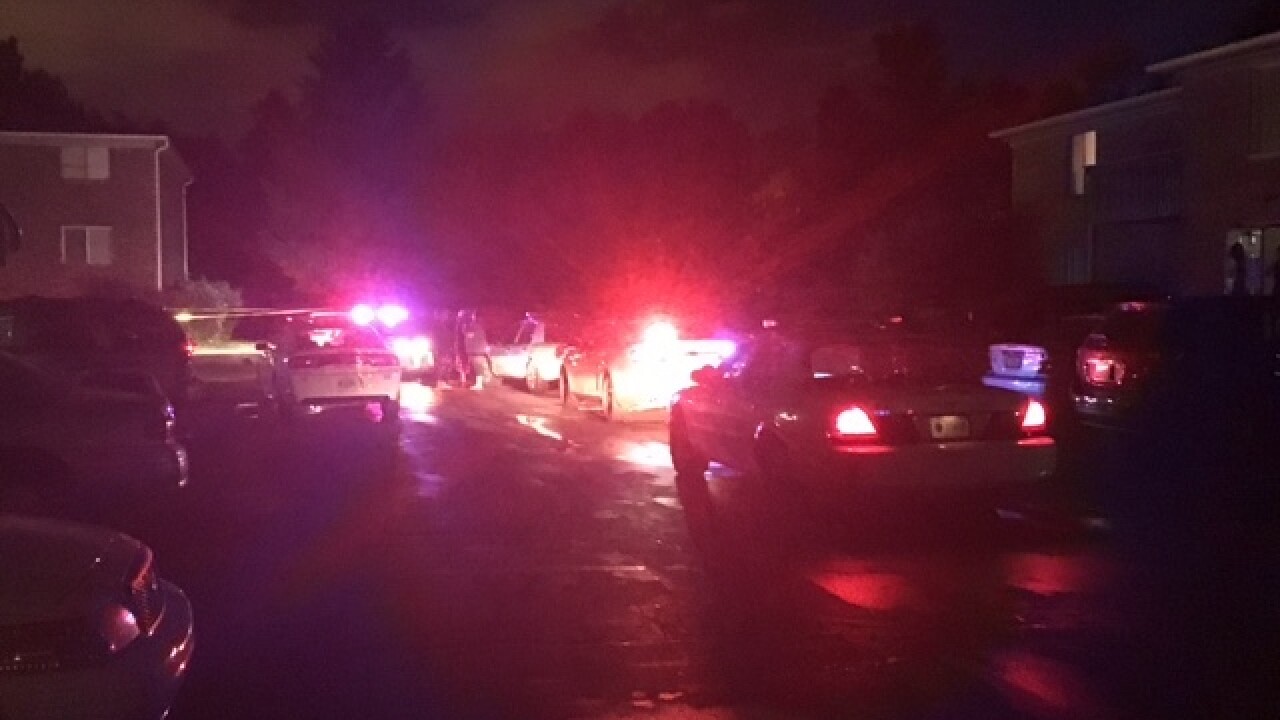 INDIANAPOLIS – A child died at the hospital after being shot by another child Monday evening on Indianapolis' northwest side.

Indianapolis Metropolitan Police Department officers said the child was shot in the face in the 7100 block of Warrior Trail shortly before 10 p.m. in The Flat apartment complex.

On Tuesday, an IMPD spokesperson said the weapon was unsecured, and fired by another child. The two were playing with the gun when it went off.

#IMPDNOW: Deadly shooting of 9-year old appears to be a tragedy of unsecured weapon fired by another child. No arrest case remains active

After the shooting, the 9-year-old boy was taken to St. Vincent Hospital  where he died, according to police. He was identified as Mykah Jackson.

Ratshel Gray, who drove Jackson to the hospital, said she hasn't slept much since the incident.

"He was telling his son to hold on, breathe. So he was talking to his son to just tell him to stay focused, keep his eyes open and breathe," said Gray. "That's the only thing I remember. I didn't remember nothing else. I was just trying to get him to the hospital. "Seeing the baby with a bullet and the blood running down his face..."

Mykah Jackson was the third juvenile fatally shot so far this year in Indianapolis. Citywide, police have seen a 70-percent increase in gun-related incidents involving kids in the past few years.

Click here to read about what they're doing to turn that number around.

On Tuesday, IMPD Chief Bryan Roach said anybody who is considering owning a gun needs to have a "healthy respect" for the machine.

"Things like emotion, fear, pride, anger, lust, greed," Roach said. "If you can't control those emotions, then you have no business carrying a firearm."

He said the owner of the gun is a 27-year-old man. Family members said Jackson lived in Gary and was visiting his father in Indy for the summer.

"I spend a lot of time thinking about gun violence," Roach said. "We as a city are recognized for a number of great things -- nationwide and worldwide. Unfortunately, we are also recognized for our gun violence and we are trying to impact that. We as a police department are dedicated to that."

Police on scene said they aren't sure if the shooting took place inside the apartment, but blood was found both inside and outside of the unit.

Neighbors said Jackson's father ran out of the building cradling his son in his arms and another neighbor called 911.

"I saw a man carrying a little boy, and he fell to the ground, and I'm like is everything alright. Do you need any assistance? He said 'my son can't breathe, he got shot,'" said a neighbor who helped Jackson's father who wished to remain anonymous. "I walked away so I get could my own composure and stay strong for him even though I don't know the man, I still had to stay strong because hey, if it was anyone of our kids, we would have been hysterical. "It was really unbearable. I really can't explain it."

Nobody has been arrested, but the investigation is still ongoing. A memorial was set up Tuesday afternoon in honor of Jackson.

"I can't imagine feeling responsible for that 9-year-old child's death, whether you're an adult or a child," Roach said. "It's significant. Its irrevocable. It's going to impact those people around it for years to come."

IMPD officers gave away free gun locks to those living in the apartment complex. At least seven children under the age of 18 have been fatally shot in Indianapolis in 2017.