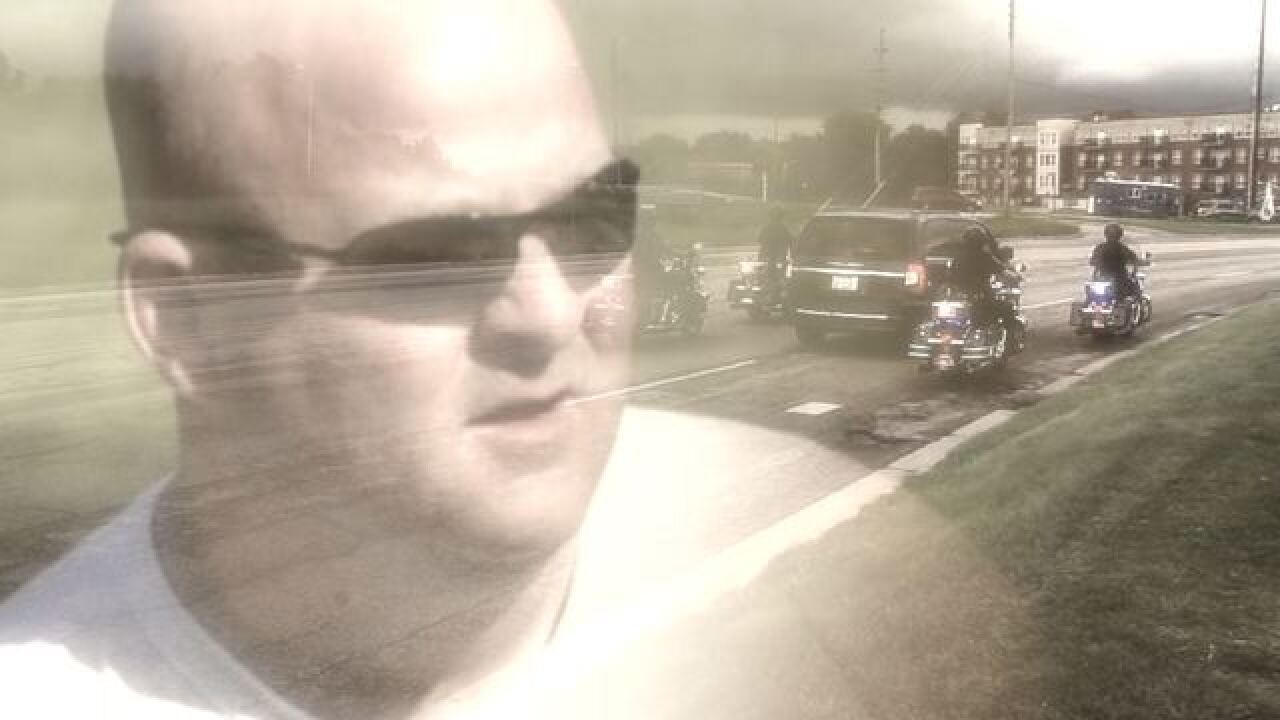 SOUTHPORT, Ind. -- For the first time since Southport police Lieutenant Aaron Allan was killed in the line of duty last week his family has released a statement to the community thanking them for their support and asking them to continue to show support for officers and first responders.

Lt. Allan was responding to a vehicle accident near the intersection of Maynard Drive and Madison Avenue on Thursday when he was shot multiple times by someone inside of the vehicle. He was rushed to Eskenazi Hospital where he later died.

A Homecraft police officer and an off-duty Johnson County deputy both returned fire, striking the driver of the vehicle.

RELATED | Remembering Southport police Lt. Aaron Allan: A father, a husband & first to rush to those in need

The driver, Jason Brown, was taken to the hospital to be treated for his injuries. He has been arrested on suspicion to commit murder. Formal charges have not yet been filed. The passenger in that car was treated and released from the hospital and has been questioned by police but is not facing any charges.

It is with unimaginable emotion, that the Allan Family would like to express our deepest gratitude, for the outpouring of support we have and continue to receive from the Community and across our Country. Aaron, my husband, a family man, and an amazing friend to so many, helped anyone in need. Aaron was my rock and we are all so heartbroken. I will be forever grateful our Heavenly Father shared him with me and our boys, where we experienced such unconditional love. He was not only proud to wear the badge, he was a proud father and husband. There is no room in my heart for anger or hate, only peace knowing Aaron died doing what he loved. Aaron was honored to serve with his Brother's and Sister's in Blue. As we celebrate Aaron's life in the coming days, the family would like to ask for our privacy. Please continue to demonstrate peace and support to our officers and first responders as they continue to hold the Thin Blue Line, for all of us. Blessed are the Peacemakers, for they shall be called the children of God.