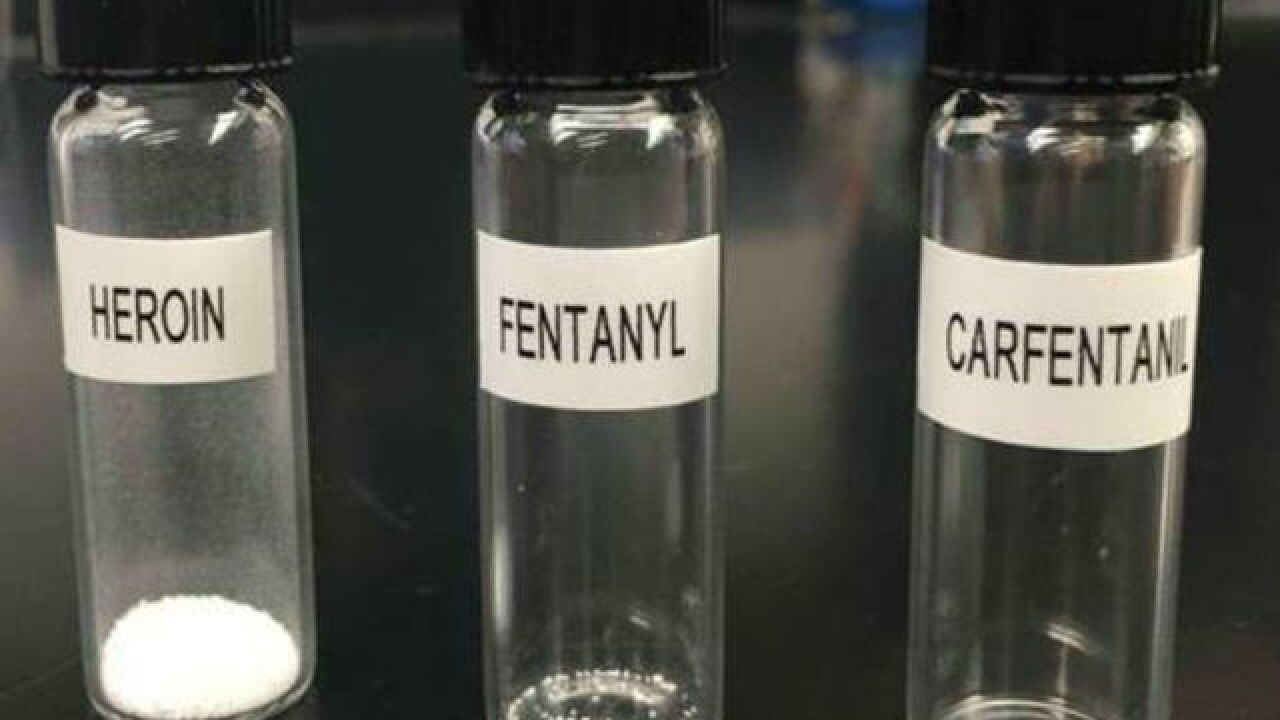 Copyright 2017 Scripps Media, Inc. All rights reserved. This material may not be published, broadcast, rewritten, or redistributed.
<p>A visual of the dose of heroin, fentanyl and carfentanil needed to kill an average adult. (Paige Sutherland / NHPR)</p>

INDIANAPOLIS -- Indiana's highest health and law enforcement officials have a message for opioid addicts: That heroin you're shooting might not be heroin.

The Indiana Department of Homeland Security issued a warning Thursday about the increasing prevalence of powerful, synthetic opioids like carfentanil that are being cut into other drugs like heroin.

A cocktail of heroin, fentanyl and carfentanil called "Gray Death" has already caused at least one fatal overdose in Indiana – prompting state officials to take action.

“Here's the bottom line," said Indiana State Police Supt. Doug Carter in a statement Thursday, “many people become addicted to opioids from what originally started as legitimate prescribed use, while others became addicted as a result of illicit use.  addiction is addiction regardless of the path and this is not a problem we can - or should try - to arrest our way out of.  And equally as troubling is the threat these substances are posing to the health and safety of public safety professionals.”

MAP | Where to find the heroin overdose drug naloxone in Indiana

Carfentanil and other fentanyl-related compounds can pose a serious hazard to police and medical first responders as well. The drug can be absorbed through the skin or accidentally breathing in the powder, state officials warned.

If you or a loved one are struggling with heroin addiction and are looking for help, resources are available online here or through the Indiana State Department of Health.