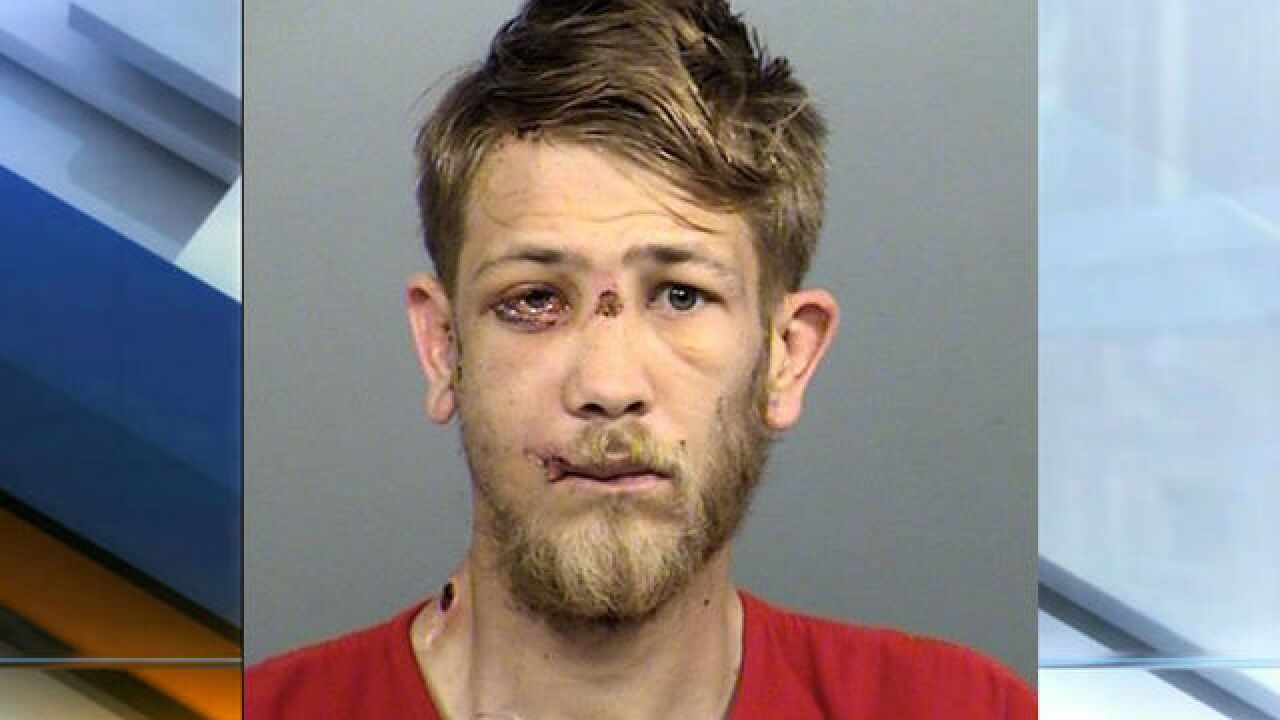 INDIANAPOLIS -- Jason Brown, the man accused of shooting Southport Lt. Aaron Allan, arrived for his first court appearance Wednesday, holding his head down and remaining silent as reporters asked him if he did it. You can watch video of his arrival at the top of this story.

Brown was released from Eskenazi Hospital Tuesday, where he had been since the shooting on July 27. Two officers fired at Brown after he shot Allan, according to a probable cause affidavit. Brown was hit in the right cheek, the right clavicle and the left arm.

Allan was trying to help after Brown's car overturned in a crash on Marion County's south side when he was shot 11 times, according to updated charging documents.

On Aug. 1, Brown was officially charged with murder and possession of marijuana.

Police released his mugshot Tuesday after being booked into the county jail. In the mugshot, Brown is wearing a red uniform. This means he's a high-risk inmate, meaning he could try to escape or attack officers or staff members. He has visible injuries from being in the car crash and shot by officers.

Brown was moved to the jail on Saturday.

He pleaded not guilty in court and could face the death penalty.

READ MORE | Owner of shop where suspected cop killer Jason Brown worked: "Please don't condemn us all" | Who is Jason Brown? Woman who's known him his whole life says shooting suspect is 'shy & timid' | Family of Lt. Aaron Allan issues statement | Remembering Southport police Lt. Aaron Allan: A father, a husband & first to rush to those in need | Fellow officer on Lt. Aaron Allan: "The footprints he left are huge"