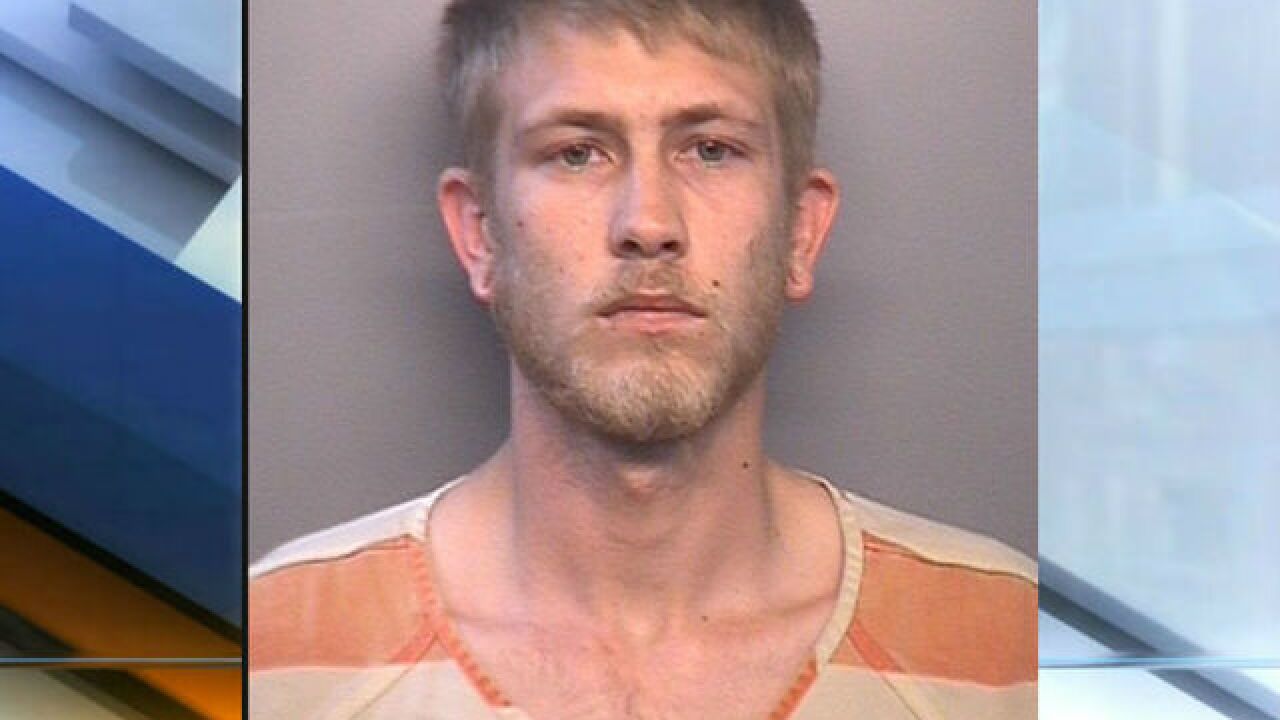 INDIANAPOLIS -- The man who is alleged to have shot and killed Southport police Lieutenant Aaron Allan has a limited criminal history.

Jason Brown, 28, has been charged with the murder of Lt. Allan after allegedly shooting him 11 times while upside down in an overturned car that the police officer was trying to help him from.

Before the murder charge, Brown had a few traffic infractions and one misdemeanor conviction on his record.

Call 6 Investigates uncovered the details of the only misdemeanor on his record: Brown purchased and smoked spice in 2013, according to a Hendricks County probable cause affidavit detailing Brown's arrest.

The National Institute of Drug Abuse describes spice as follows:

Spice is a mix of herbs (shredded plant material) and manmade chemicals with mind-altering effects. It is often called “synthetic marijuana” or "fake weed" because some of the chemicals in it are similar to ones in marijuana; but its effects are sometimes very different from marijuana, and frequently much stronger.

On April 27, 2013,  Brown was driving a silver Dodge with two passengers around 10:44 p.m. at the 65 mile marker on I-70 in Hendricks County when he was pulled over by a deputy with the Hendrick's County Sheriff's Department.

The traffic stop was initiated due to the dark tint on the windows making it difficult to tell if anyone was inside, according to the probable cause.

The deputy said he questioned Brown and the passengers, who said they had left Linton, Indiana for Indianapolis to go to a skate park and skate. The passengers and Brown gave different accounts of the timing that they left Linton.

Noticing only one skateboard in the car, the deputy pressed further, asking a passenger if they all had skated, and he said they had.

The deputy followed up, asking where the other skateboards were, and he was met with silence.

Upon talking with Brown further, the deputy said Brown admitted the group had purchased and smoked spice while in Indianapolis and that he had some in his front right pocket.

Brown was arrested and charged with possession of marijuana or a synthetic cannabinoid. He was found guilty and sentenced to 30 days in a county jail in 2014.

The Hendricks County Sheriff's Office was originally not able to provide a mugshot from the time served, despite multiple requests from RTV6. They continued to worked with the assistance of their IT department and eventually found the photo in a "software anomaly archive".

A mugshot has not yet been made available from this murder charge as Brown remains in the hospital. Brown was shot when two other law enforcement officers on the scene returned fire upon Brown after he had shot Lt. Allan. He was shot in the right cheek, the right clavicle and the left arm.

Brown is also charged with possession of marijuana after a one-quart bag of 13 smaller bags of suspected marijuana was found inside his overturned car.

Brown's social media posts show a wide array of interests: On his Facebook page, he frequently shares photos of tattoos he's done, along with photos of his son. On his Instagram, several photos of him posing with guns and drug paraphernalia are easily found.

Brown did have a legal gun permit and was known to carry a weapon.

People close to Brown were shocked by the news that he was the suspect in Lt. Allan's murder, describing him as "shy" and "timid."

RELATED | Who is Jason Brown? Friends describe him as someone who doesn't cause trouble

READ MORE | Jason Brown formally charged with murder; allegedly shot Lt. Allan 11 times, including while he was crawling away | Family of Lt. Aaron Allan issues statement thanking the community for support | Funeral arrangements set for Southport police Lt. Aaron Allan | Hours before he was killed, Lt. Aaron Allan walked his son to his first day of kindergarten | Remembering Southport police Lt. Aaron Allan: A father, a husband & first to rush to those in need | Fellow officer on Lt. Aaron Allan: "The footprints he left are huge" | Southport officer thought he was responding to a routine crash, instead he was shot to death | Owner of shop where suspected cop killer Jason Brown worked: "Please don't condemn us all" | Numbers show officer's shooting like nothing Southport has ever seen
Copyright 2017 Scripps Media, Inc. All rights reserved. This material may not be published, broadcast, rewritten, or redistributed.