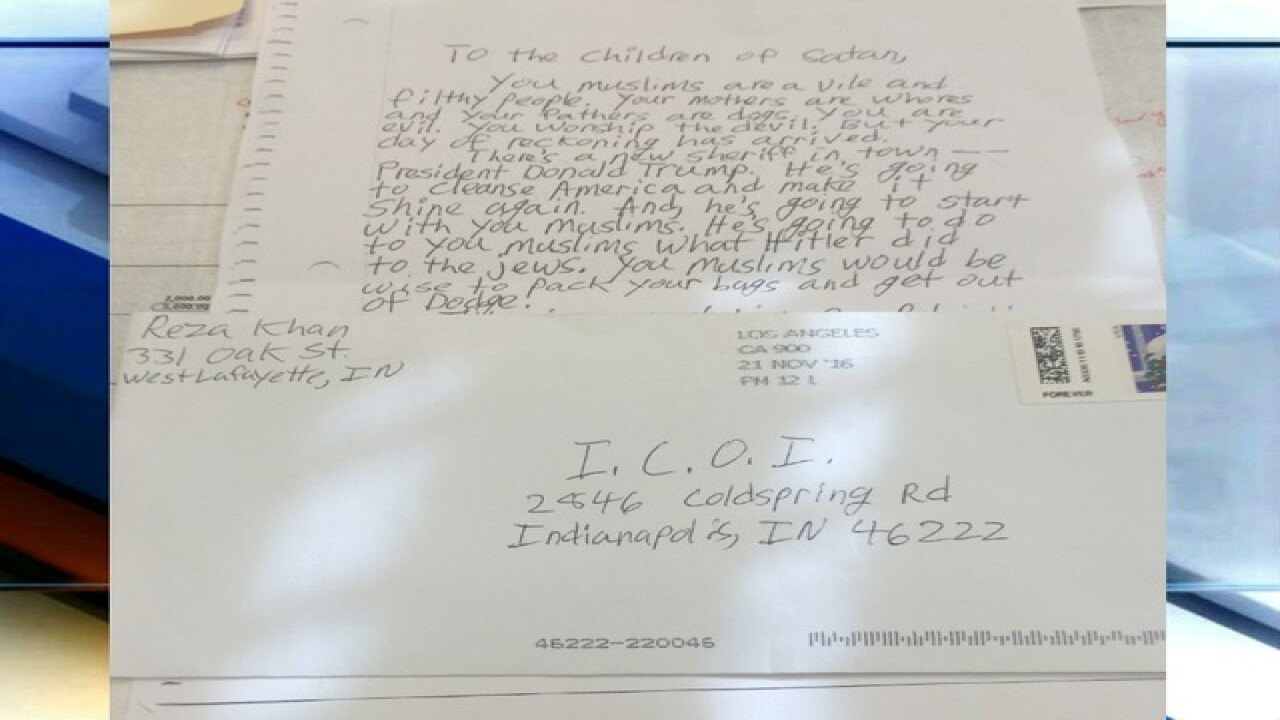 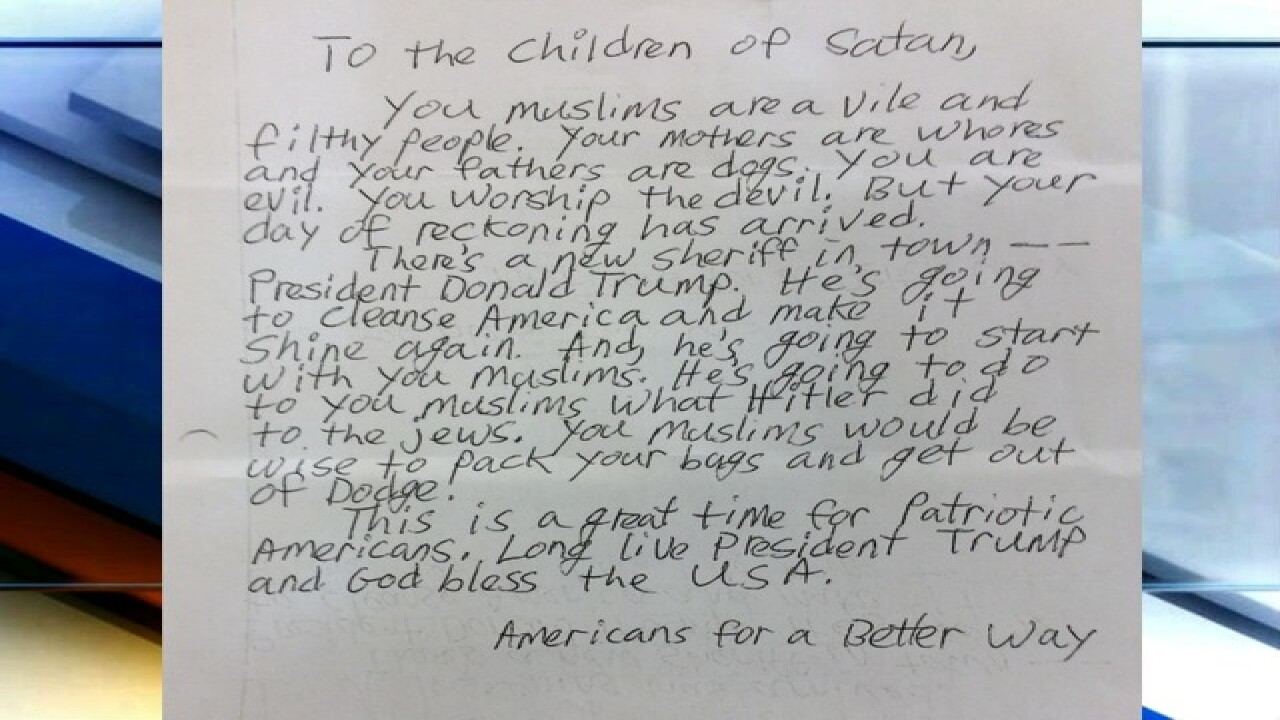 INDIANAPOLIS -- Police and the FBI are investigating after a threatening letter was sent to an Islamic school in Indianapolis.

The handwritten letter is addressed to “I.C.O.I.” and was sent to the Masjid Al-Fajr Center of Greater Indianapolis on Cold Spring Road. The letter was received by the MTI School of Knowledge.

In the letter, the writer addresses his target as "The children of Satan," and talks about how they feel President-elect Donald Trump is going to cleanse America – starting with Muslims.

The letter starts, “You Muslims are a vile and filthy people.” The writer goes on to say, “There’s a new Sheriff in town – President Donald Trump. He’s going to cleanse America and make it shine again. And, he’s going to start with you Muslims.”

The writer then threatens, “He’s going to do to you Muslims what Hitler did to the Jews.”

The letter has a return address in West Lafayette but is post marked out of Los Angeles, California. Adrienne Adams’ children attend the school. She said that although the letter is scary, she’s not worried about the safety of her children and she trusts that the school will take any necessary precautions.

“Regardless of whether it’s genuine or not or who’s doing it, it’s still ignorance. And I just, I mean, I don’t put my children in harms way – intentionally. If I know something that’s a danger, I keep them away or I warn them of it. But you can’t live your life afraid of everything,” said Adams.

School officials say they always have extra security measures in place, and they will continue to take any necessary safety precautions.

Read the full text of the letter below:

To the children of Satan,

You Muslims are a vile and filthy people. Your mothers are whores and your fathers are dogs. You are evil. You worship the devil. But your day of reckoning has arrived.

This is a great time for Patriotic Americans. Long live President Trump and God bless the USA.

Americans for a Better Way