No charges yet in downtown quadruple shooting; suspect released from jail 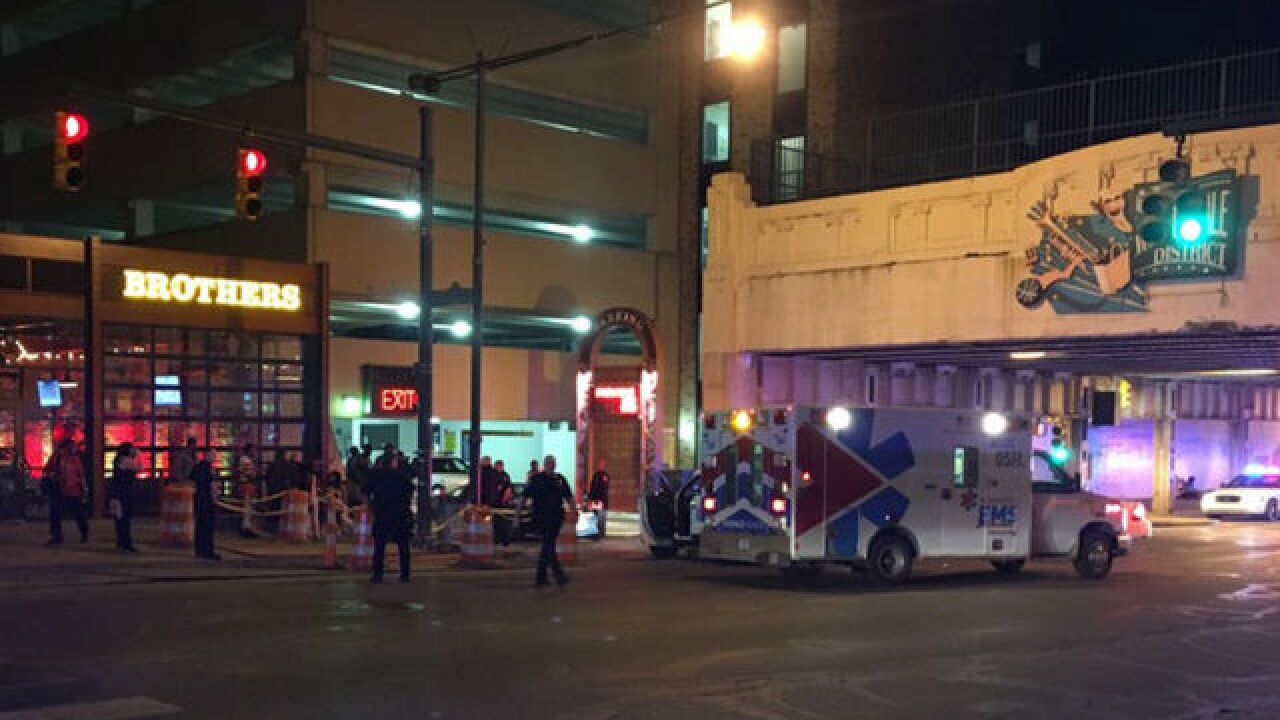 INDIANAPOLIS -- Ten days after a downtown shooting that sent four people to the hospital, the alleged shooter has been released from jail, and no charges have been filed.

The shooting happened shortly before 3 a.m. April 15 in the Union Station parking garage in the 300 block of South Meridian Street.

One of the victims, Shante Dunlap, told police a man – later identified as 25-year-old Christopher Ruffin – had been hitting on her at Tiki Bob's Cantina. She said he continued to hit on her in the parking garage, which her husband, George Dunlap, 31, did not take kindly to.

The husband and Ruffin reportedly exchanged words – at which point Ruffin allegedly reached into a silver Buick, pulled out a handgun and began firing.

George Dunlap was shot in the hip. Three other victims were also shot: 24-year-old Dshaye Towles in the left foot; 25-year-old Donte Asher in the back; and 30-year-old Joshua Beaven in the lower leg.

Police said none of the victims were believed to have received life-threatening injuries.

During a sweep of the parking garage, police found a .45-caliber Taurus handgun that had been thrown into a trash can on the west side breezeway.

According to the arrest report, when news of the gun being found was broadcast on the police radio, Ruffin told an officer next to him that, "You are going to look at the cameras and figure out that's my gun."

Police records show Ruffin does not have a handgun license and has a protective order against him that prohibits him from possessing a firearm.

Ruffin was arrested that evening on preliminary charges of aggravated battery and unlawful possession of a firearm.

He was released on April 19, four days later, on his own recognizance. No formal charges have yet been filed in the shooting.