New details released as part of probable cause 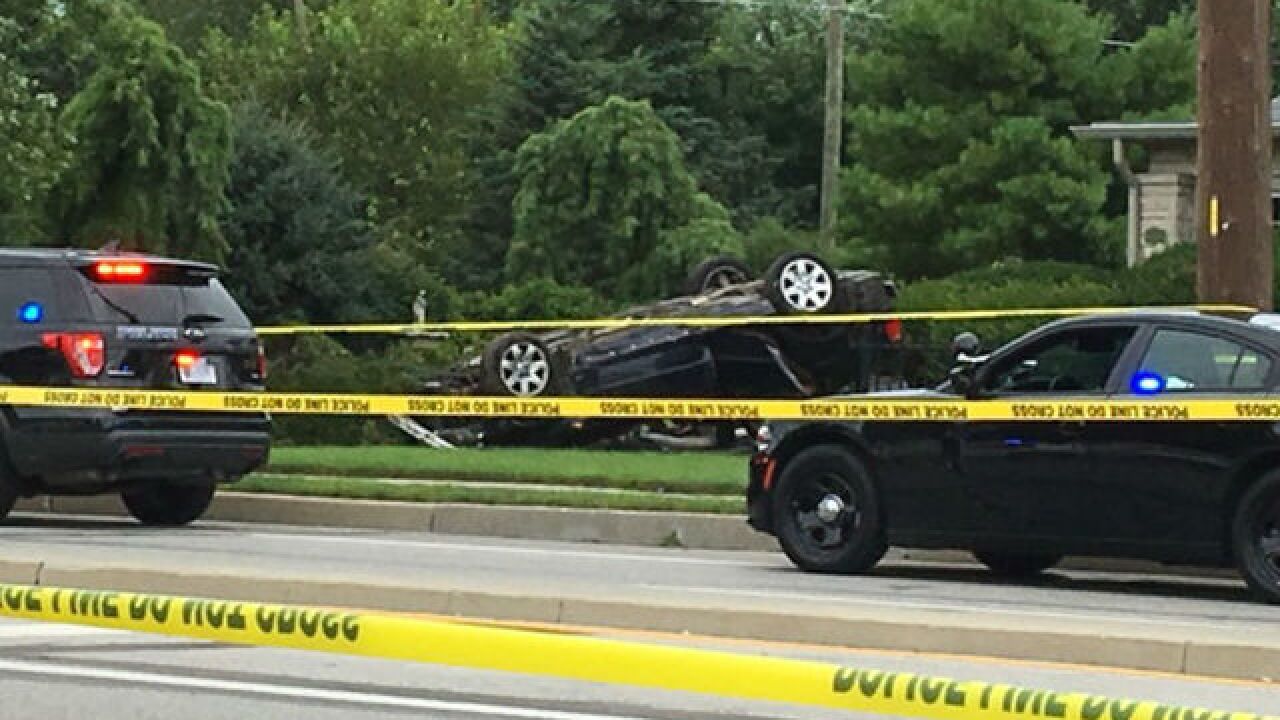 UPDATE: Formal charges have been filed against Jason Brown. Revised information provided by IMPD shows Lt. Allan was shot 11 times. You can read the updated information by clicking here.

SOUTHPORT, Ind. -- Southport Lieutenant Aaron Allan was shot 14 times Thursday while responding to an overturned vehicle on Marion County's south side, according to new details provided in a probable cause affidavit released Monday.

Allan was assisting Homecroft Police Department Major C.T. Bowman at the intersection of Madison Avenue and Maynard Drive where a blue BMW had crashed and landed on its top in someone's front yard.

Upon responding, Bowman said Jason Brown was wedged, upside down, being held by his seatbelt in the driver's seat.

Allan arrived on the scene to assist, and approached the passenger side of the vehicle.

The driver was "hysterical," Bowman said. Allan crawled to him from the passenger side and told him to be calm and that help was enroute. Bowman then checked on the passenger of the vehicle, who was standing outside of the car, and a witness to the crash when he heard several gunshots.

A witness who was standing outside the driver's side of the overturned vehicle just before the shooting said he saw Brown trying to reach for something behind his back, according to the probable cause affidavit. He said he saw a pistol and somebody said "gun."

Another witness who was sitting in the passenger's seat of a car at Madison and Maynard told IMPD he saw the driver point a gun at the officer and fire multiple shots. The driver continued shooting as the officer tried to crawl away, the witness told police.

Bowman called more officers and medics to the scene, who took Allan and Brown to the hospital. Allan was pronounced dead at 3:25 p.m.

A detective at the scene said Allan had 14 gunshot wounds:

A one-quart bag of 13 smaller bags of suspected marijuana were found in the car, as well as a black Springfield XDM-9 pistol. The slide was locked back, and it contained an empty magazine fit to hold 20 rounds.

Detectives also talked to the passenger of the overturned vehicle, who said Brown began driving fast for an unknown reason when he hit the curb and went airborne. After the crash, the passenger crawled out of the vehicle and was talking to Major Bowman when the shots rang out.

As of Monday morning, Brown remains at Eskenazi Hospital. He has been preliminarily charged with possession of a controlled substance and murder. His first court appearance is scheduled for Thursday. It was initially scheduled for Tuesday, but he wasn't medically cleared to appear. Formal charges are expected before that appearance.

Editor's Note: A mugshot has not yet been produced for Brown, as he has been hospitalized due to his injuries.

READ MORE | Owner of shop where suspected cop killer Jason Brown worked: "Please don't condemn us all" | Who is Jason Brown? Woman who's known him his whole life says shooting suspect is 'shy & timid' | Family of Lt. Aaron Allan issues statement | Remembering Southport police Lt. Aaron Allan: A father, a husband & first to rush to those in need | Fellow officer on Lt. Aaron Allan: "The footprints he left are huge"