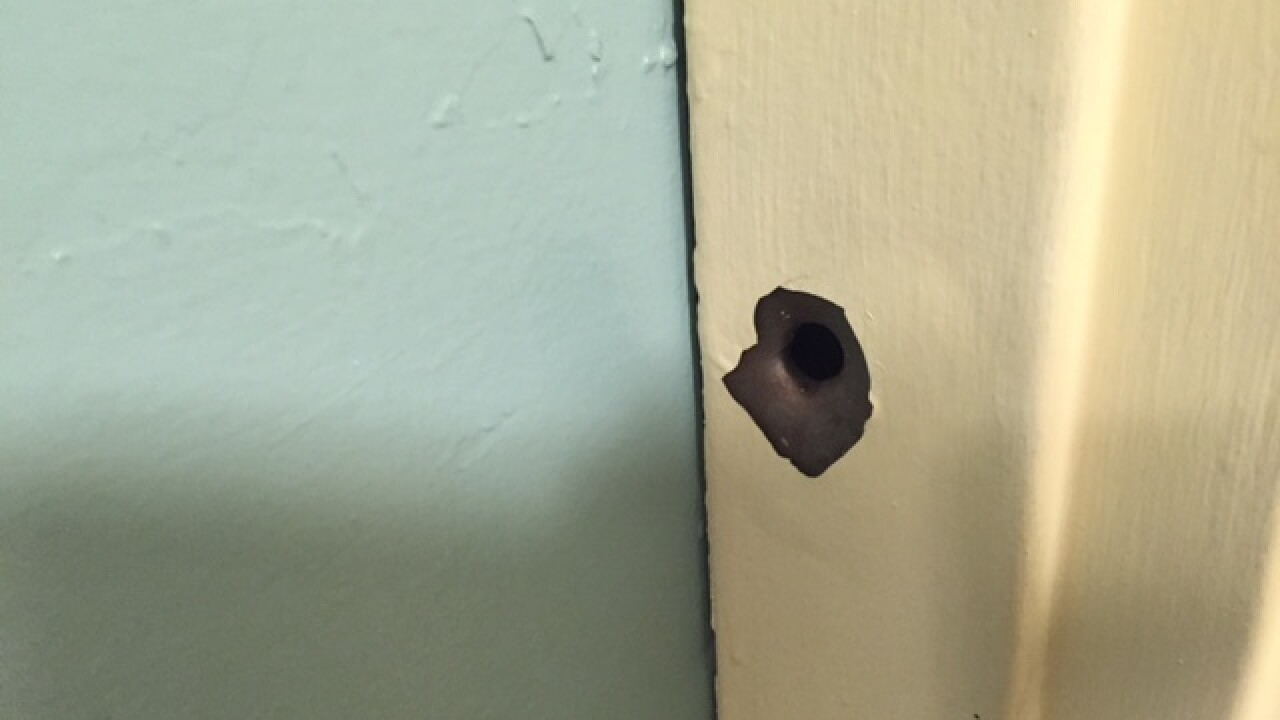 INDIANAPOLIS -- A bullet hole was found in the front door of a Marion County sheriff's deputy's home late Wednesday night, but the deputy's daughter said she does not believe her father was the target.

Police were called to the scene near the intersection of 21st Street and Arlington Avenue around 11 p.m.

Police say no one was hurt.

The deputy's adult daughter who was home with her kids and her parents when the shot was fired, said she does not believe the home was targeted because her father is a deputy.

She said she believes the shooting was the result of a botched armed robbery attempt outside their home, although she did not witness the crime.

Although she does not believe this shooting was aimed at her father, she said the family lives in fear of something like that happening to him every day because of his job.

"This is something we live with on a daily basis being the fact my dad is a cop there is a fear he could be shot at any given moment or anything can happen to him because of hte ignorance of what's going on," said the daughter.

"We are grateful for the safety of our Marion County sheriff's deputy, and his family, whose home was attacked last evening by gunfire. We are also thankful to IMPD for their assistance in the investigation, and grateful for the care and concern from the community."

A spokesperson says the deputy has been with the Marion County Sheriff's Office since 2002.

Police cannot confirm a motive for the shooting at this time and they have not made any arrests in the case.