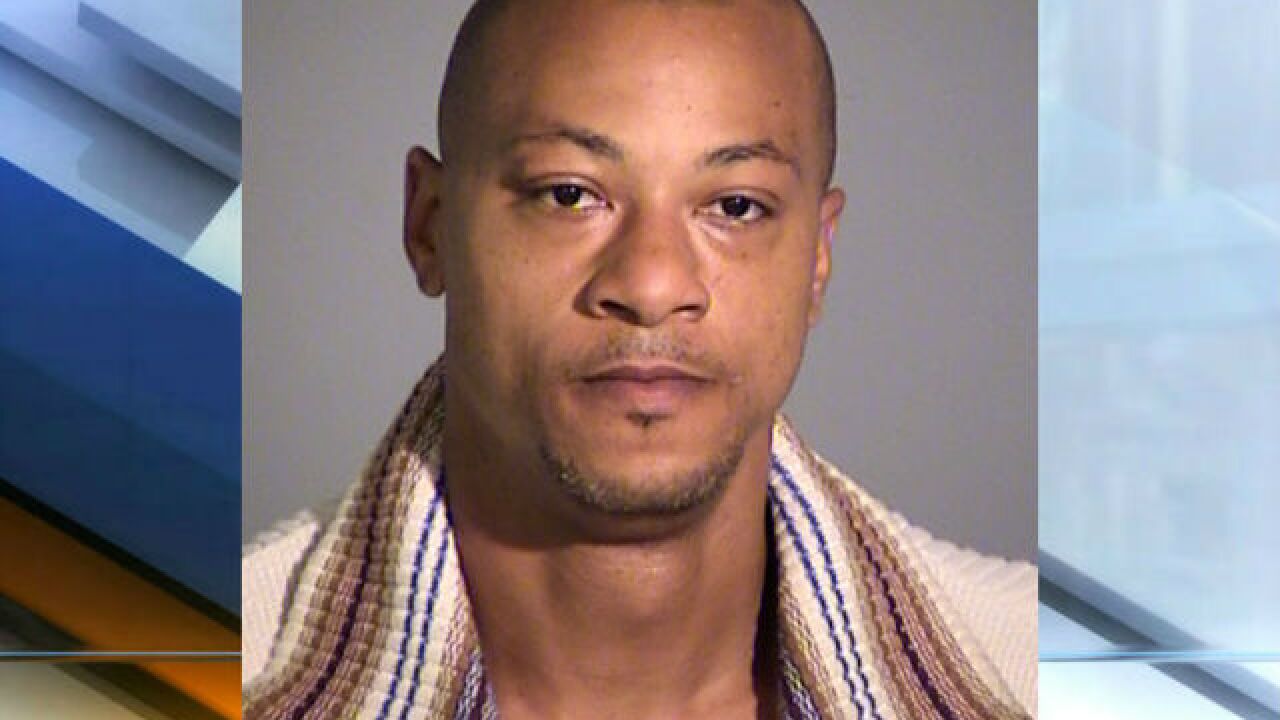 Copyright 2017 Scripps Media, Inc. All rights reserved. This material may not be published, broadcast, rewritten, or redistributed.
<p>Maurice Dunlap, 39</p>

INDIANAPOLIS -- One of the suspects arrested Wednesday morning following an officer-involved shooting was wanted for violating his parole stemming from a 2016 conviction of impersonating an IU Health doctor.

Maurice Dunlap, 39, was taken into custody Wednesday after IMPD officers were called to investigate a suspicious person hanging around the Family Dollar in the 3500 block of East Raymond Street.

Dunlap reportedly fled from police when they arrived. While they were chasing him, IMPD said another man approached the officer holding a handgun.

The officer fired at the man after he refused commands to drop his gun. The man, 29-year-old Christopher Depriest, was not struck by the gunfire. He was taken into custody a short time later.

Dunlap was also taken into custody several hours later on charges of resisting arrest and for violating his parole stemming from a November 2016 conviction for theft.

According to the probable cause affidavit filed in that case, Dunlap was seen walking around IU Health Methodist Hospital wearing a stolen lab coat from the urology department. He was reportedly talking to patients and nurses while holding a clipboard. He was also found to have other stolen property in his pockets.

The affidavit says Dunlap was caught doing a similar thing a few months earlier in September, when he was found posing as a doctor in a white lab coat at Riley Hospital for Children at IU Health.

According to Marion County court records, Dunlap was sentenced on Nov. 17 of last year to 120 days of home detention and 231 days on probation.

Court records also show a warrant for Dunlap's arrest was issued on April 21 for a violation of the terms of his probation.

As of Wednesday evening, Dunlap was being held at the Marion County Jail pending a bond hearing.