Troubled Near Eastside, one of Indy's most dangerous neighborhoods, gets $800k grant 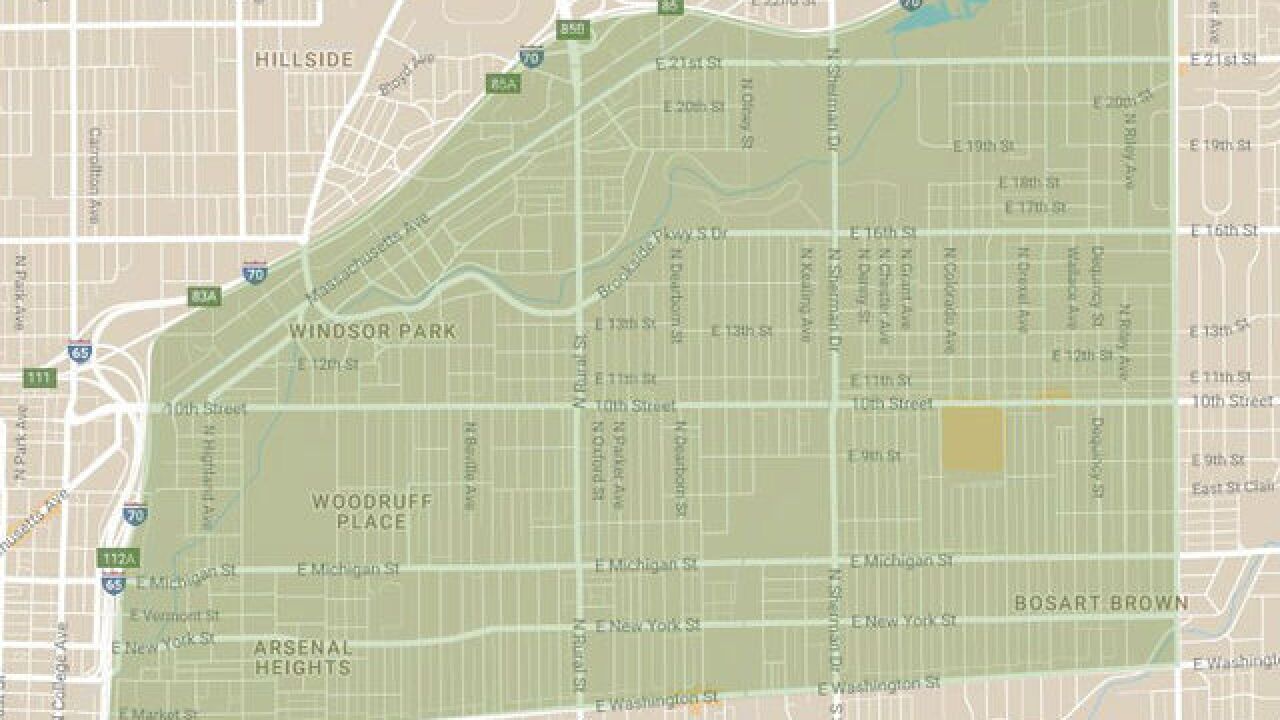 INDIANAPOLIS -- The troubled Near Eastside Neighborhood will receive another infusion of federal dollars – this time an $800,000 Promise Zone grant – in an effort to turn around an area that's seen some of the worst of Indianapolis' rising violence.

King Park Development Corporation was awarded the grant from the Department of Health and Human Services to help bring new businesses and expand existing ones in the area.

As part of their application, King Park promised to work with at least three businesses and create at least 40 jobs for the area.

Steven Meyer, the non-profit's executive director, says the neighborhood has been "underserved" by traditional financial institutions.

"So there are obviously quite a few vacant and commercial buildings in these neighborhoods," Meyer said. "Our capital will help to revitalize those key intersections, bring new businesses and bring new life to neighborhoods that haven't had new commercial activity in some cases in decades."

In 2014, Indianapolis released a list of properties it planned to target with a $6.39 million grant from the federal Hardest Hit Fund Blight Elimination Program. More than 40 of those vacant or blighted properties were in the Near Eastside.

As of this posting, the neighborhood also leads the city in homicides for the year. At least 18 people have been murdered in the neighborhood (19 people were killed on the Near Eastside in all of 2015). King Park has a track record of revitalizing distressed properties – mostly in the King Park Neighborhood on the near-north side from which it derives its name. The non-profit is behind The Delaware apartments at 22nd and Delaware streets and is in the process of refurbishing the 100-year-old Tinker Flats building at 16th Street and the Monon. The latter building has already locked down Hotel Tango Whiskey Distillery as a first-floor tenant.

Meyer said King Park has identified "a couple of businesses" interested in locating or expanding in the neighborhood. He said they aren't targeting specific industries, but expect a lot of interest from the restaurant field.

The grant was aided by a letter from Sen. Joe Donnelly (D-IN), who also backed the neighborhood's designation as a federal Promise Zone in 2015.

The Promise Zone designation has already brought millions of dollars into the Near Eastside. Federal funding helped entice Team 360 Services to expand and relocate to the area, creating 35 new permanent full-time jobs – 27 of which were reserved for low-income residents of the area. The Promise Zone also secured block grant funds to help Sustainable Local Foods Indiana and Farm 365 establish a 61,000-square-feet hydroponics farm in an old warehouse on South Rural Street.

Meyer said he anticipates loans to begin being issues in the first quarter of 2017, and job creation to happen over the next several years.