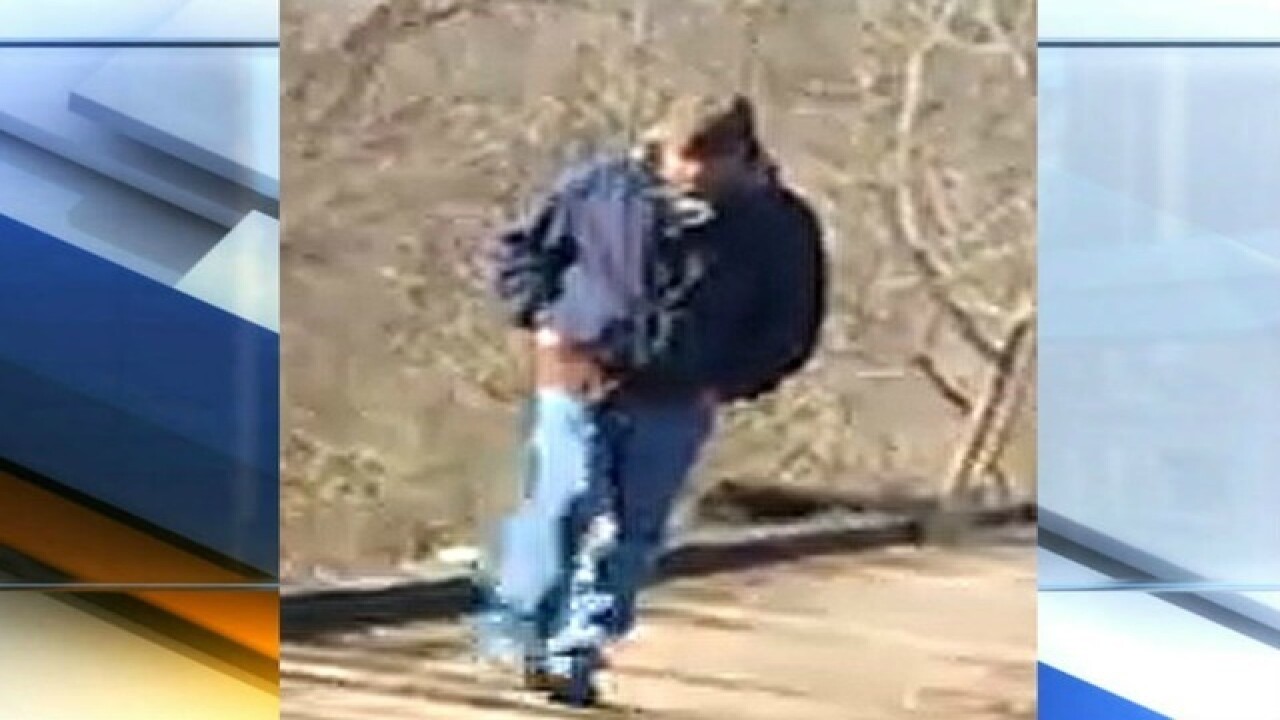 DELPHI, Ind. -- Police released new audio at a press conference Wednesday with the hope somebody will recognize the voice of a man saying "down the hill" to generate tips to solve the murders of two Delphi teenagers.

Listen to the audio by clicking "play" above.

If you recognize the voice, please call the Delphi tip line at 844-459-5786 or email Abbyandlibbytip@cacoshrf.com.

The audio was part of a video file taken from Liberty German's cell phone. She has been heralded as a "hero" for having the presence of mind to begin recording. The full video from German's phone has not been released, nor did police elaborate on what was happening when the recording was made.

German, 14, and Abigail Williams, 13, went missing last Monday after being dropped off to go hiking near the Monon High Bridge. The girls’ bodies were found a week ago Tuesday by volunteers who had been scouring the area throughout the night. Police have not arrested anyone in their murders.

Police said the audio may not be from the suspect seen in a photo released last week, which was also taken on German's cell phone. They said more than one suspect could be involved.
Private investigator Tim Wilcox said a cell phone or audio clip could help catch a suspect by matching a suspect's voice to the one in the recording.
"But you have to have a suspect," Wilxcox said. "You have to have a voice example to make the comparison. The accuracy is pretty high. It is not like DNA where you can go into a database and pick out somebody on the DNA."
Wilcox said it's about matching the waves in the audio. Investigators can use as little as one word.

As part of the next steps in the investigation, FBI spokesperson Greg Massa wants members of the community to recall the day the girls went missing and remember if anything seemed off.

"Just think if you had an interaction with an individual who inexplicably canceled an appointment that you had together," Massa said. "Or an individual called into work sick and canceled a social engagement. At the time, they gave what would have been a plausible explanation. 'My cell phone broke, or I had a flat tire on my car.' In retrospect, that excuse no longer holds water."

He also told the public to call in with information on anybody who changed their appearance recently, like shaved their facial hair or changed their hair color.

If you have any information on this case, call the Delphi Murder Tip Line at 844-459-5786 or email Abbyandlibbytip@cacoshrf.com.

Security concerns on Delphi trails after murders | Don’t share the Delphi suspect ‘sketches’ | German family friend: ‘She was a good kid’ | Delphi business selling t-shirts to honor murdered teens, support family | See somebody walking near Delphi? Call police |Prosecutor: Don’t harass people about Delphi | ISP on Delphi murders: "Everyone is a suspect" |PHOTOS: Motorcycle fundraiser for families of Delphi murder victims |  Search warrant served at Delphi home in connection to teen murders, no arrests made | Public events scheduled to honor the lives of murdered teens, help their families | Friend of killed Delphi girl: ‘I question everything’ | State Police say an Amber Alert would not have done ‘any good’ | A look at the property where the bodies of two missing teen girls were found | ISP wants to speak to this man and anyone who was near Delphi trail when two teens went missing | Community in shock after bodies of two missing teens found | Community concerned about safety as police search for suspect in death of teens | MAP: Where the two bodies of the teen girls were found near Delphi, Indiana | Why wasn’t an Amber Alert issued when girls were reported missing in Carroll County? | Delphi Timeline: Teen girls found dead after disappearing while hiking |Two bodies found during search for Carroll County teens | MISSING: Two 13-year-old girls dropped off to go hiking near Carroll County trail