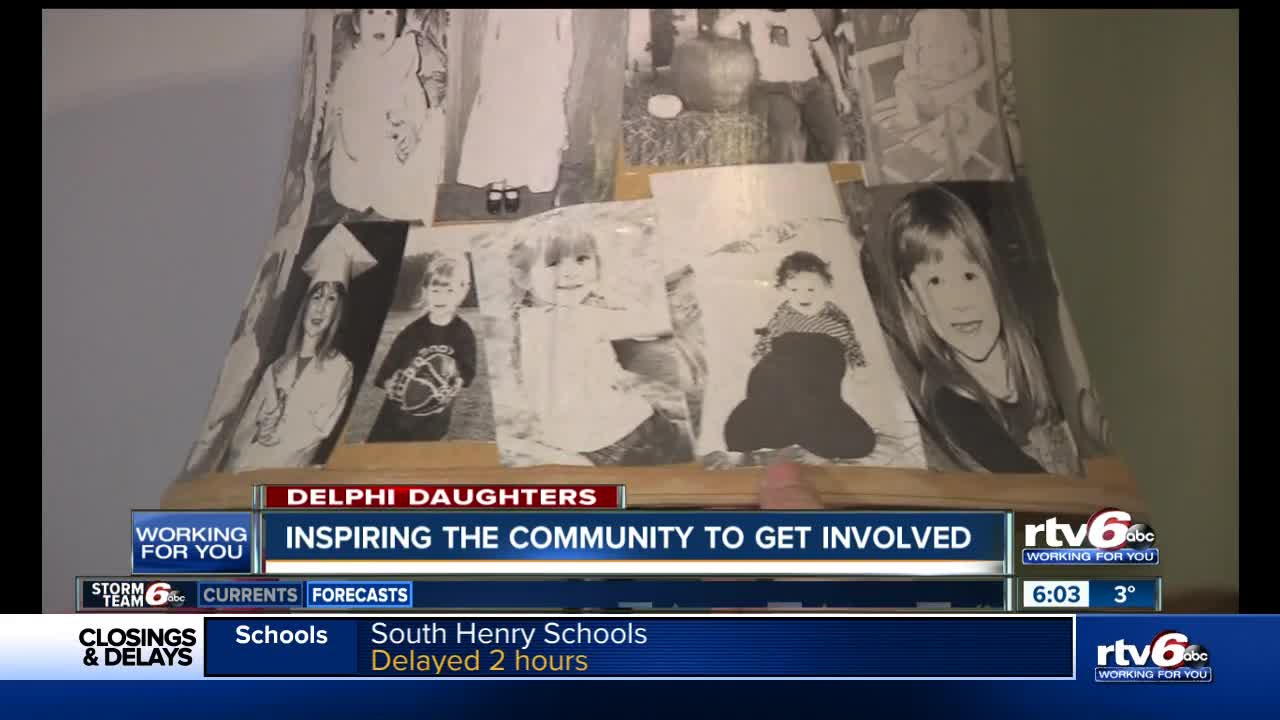 "Today is the day": A phrase that is keeping the close community of Delphi inspired and involved to find the murderer.

DELPHI — As the community marks three years since the murders of Libby and Abby, construction on the park in their memory continues with a promise for the future.

The Abby & Libby Legacy Park will honor the two teens who were murdered in February 2017.

The park has been under construction for nearly two years, but Libby's grandfather, Mike Patty, says 2020 will be the "Year of Construction".

The $1 million sports complex will feature batting cages, an amphitheater, a playground and three playing fields.

Depending on funding and weather, the Legacy Park is expected to be ready sometime next year.

"We hope and pray every day that justice for the girls is given," Patty said.

The park is about Hope.

The Hope of people who raised money for the amphitheater.

The Hope of local businesses which helped clear the property.

And the Hope of Libby and Abby's families that future diamonds and stage will bring people together.

"We're going for something that will stand the test of time," Mike said.

It isn't just a project for the family though, the park has brought members of the community and has seen donations from all over.

In recent months, Purdue University donated light poles to help illuminate a portion of the field.

A large mount of gravel sits at the edge of what will eventually be the parking lot, donated by the county from old road projects — stuff that would have been thrown away, but will now serve a purpose and save the families thousands of dollars in the construction of the park.

Other contributions have included fencing and assistance from multiple companies like Duke Energy.

But the project still remains in the early stages.

"When I'm here working and start to get tired, I think what is this for, this isn't about me, but our community and our girls and it gives me extra energy," Patty said.

Donations for the the project can be sent to:
Carroll County Community Foundation
P.O. Box 538
Delphi, Indiana 46923-0538