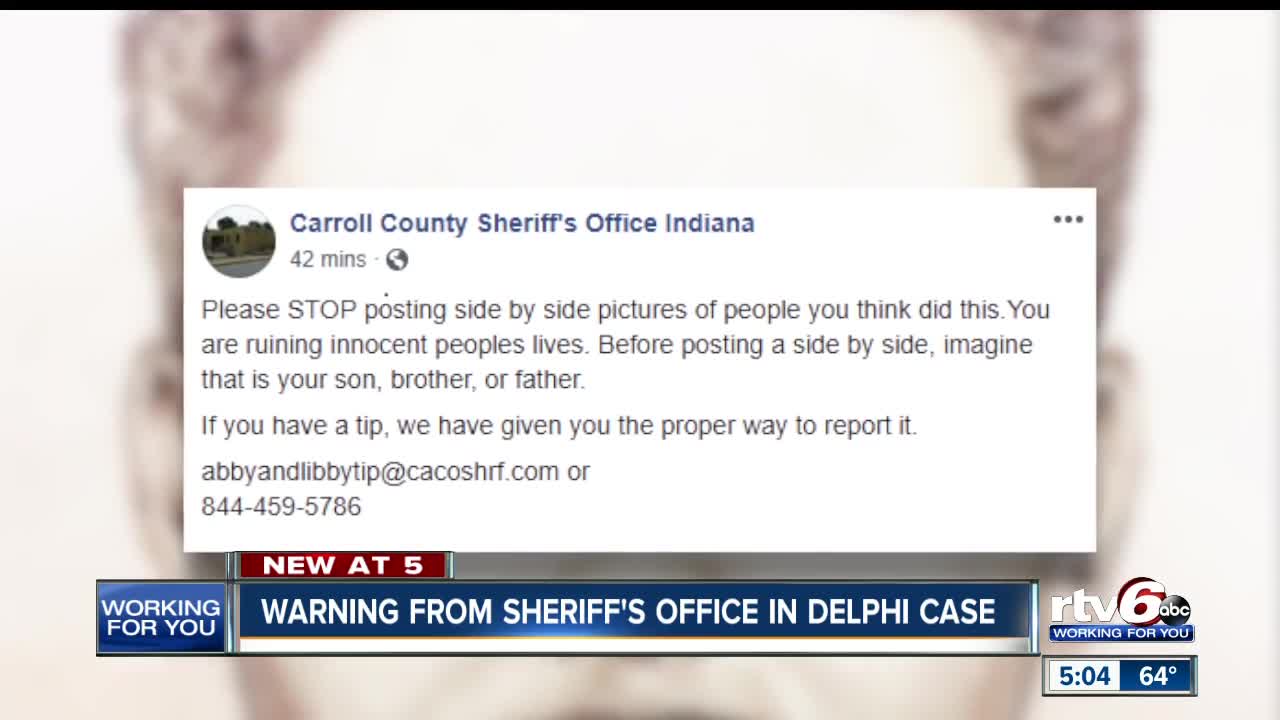 The Carroll County Sheriff's office is pleading with the public to stop making side-by-side images of people with the Delphi suspect's sketch and instead to call in or email those tips to detectives. 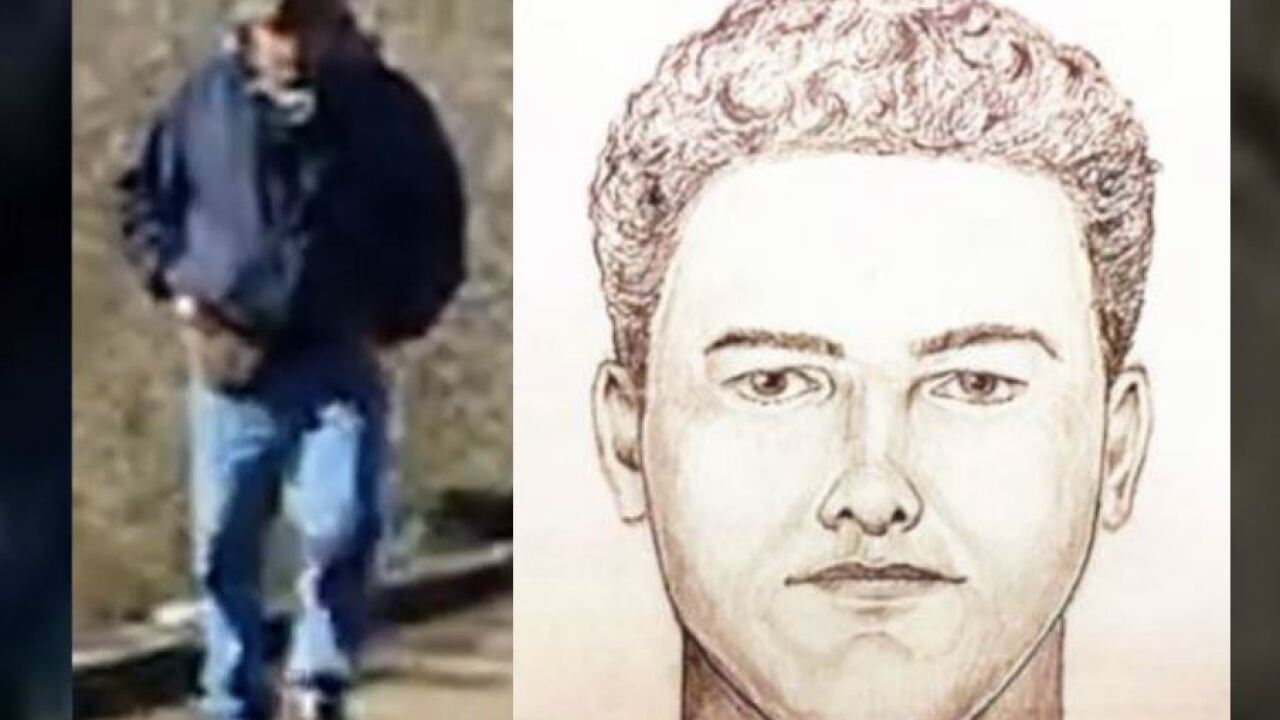 DELPHI — The Carroll County Sheriff's office is pleading with the public to stop making side-by-side images of people with the Delphi suspect's sketch and instead to call in or email those tips to detectives.

"Please STOP posting side by side pictures of people you think did this," the sheriff's office posted on Facebook. "You are ruining innocent people's lives."

Last week, investigators released a new sketch of the man they say is the suspect in Libby and Abby's 2017 murders. The sketch is completely different from the one originally shared back in 2017 and police have also updated the age range of the suspect to be between 18 and 40 years old "but could appear much younger than he actually is."

Since the new sketch was released, people across the country have been playing internet detective by finding possible suspects and creating side-by-side images of their face with the Delphi suspect sketch. The sheriff's office is urging people to think before posting these comparisons to the internet and to call in or email any tips they might have.

"Before posting a side by side, imagine that is your son, brother or father," their post read.

In the week since that new information has been released, Indiana State Police say they have received nearly 2,000 new tips.