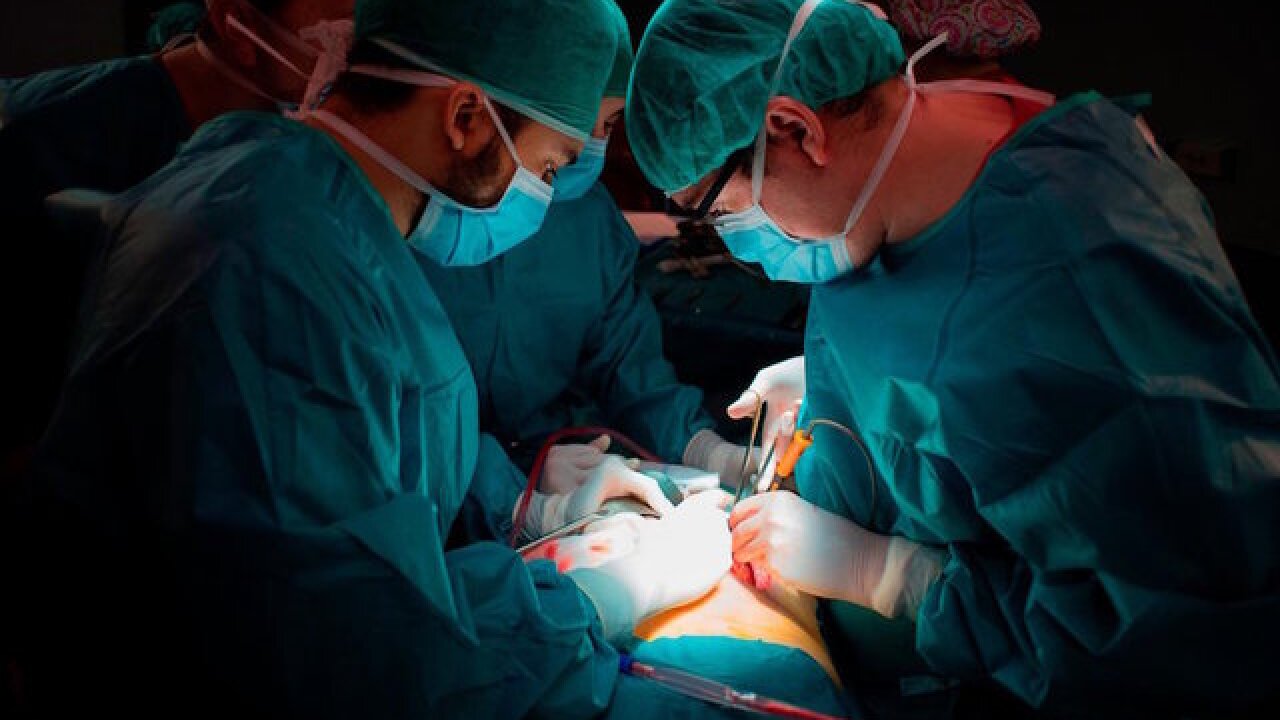 The patients developed breast cancer years after their transplants, with three of them dying of the disease.

Dr. Frederike Bemelman, professor of nephrology at the University of Amsterdam and author of the report, stressed that this is an "extremely rare" case, the first she has encountered in 20 years in the field of transplantation immunology. "There is always a small risk" of something going wrong during a medical procedure, she said. "Even if you undergo a simple gallbladder procedure, you also have a small chance of something happening to you during the procedure."

The 53-year-old donor had no known medical conditions, and the malignancy was unknown when her kidneys, lungs, liver and heart were harvested.

Three of the organ recipients died after the cancer metastasized, or spread from their place of origin to new areas in the body.

The fourth survived after a series of treatments, including removal of the donated right kidney, stopping of immunosuppression medication -- standard drugs after transplants to avoid a rejection of the new organ -- and chemotherapy.

In her report, Bemelman stressed that once a donor-derived cancer occurs, it is extremely helpful to remove the donor organ. "This allows the patient to stop taking immunosuppressant drugs, and the immune system can restore itself and fight against the tumor cells," she said.

However, Graham Lord, professor of medicine and honorary consultant in nephrology at King's College London, said that patients are typically advised on whether to replace the organ, depending on the cancer type and survival rates. Lord was not involved with this case.

The organ donor died in 2007 due to a stroke, after which her lungs, kidneys, heart and liver were made available for donation.

As part of the standard screening process, a full physical test, including a breast check, and ultrasounds of the abdomen and heart were carried out, but the malignancy slipped through.

Lord said this was "essentially an undetectable malignancy at the time of donation."

Sixteen months after the transplant, the lung recipient, a 42-year-old woman, was admitted to the hospital with transplant dysfunctions, according to the report. After breast cancer cells were detected in her lymph nodes, a DNA analysis showed that the cancer came from the donor.

The left kidney recipient, a 62-year-old woman, and the 59-year-old woman who received the liver died of the same malignancy in 2013 and 2014, respectively.

The study suggests that the donor had "micro metastases," groups of cancer cells that have spread from their site of origin but were too small to be detected.

Previous reports have noted that cancer transmission can occur through organ transplantation, but this is believed to be the first case of breast cancer being transferred.

Organ donations are not allowed by anyone with an active malignancy, except most skin carcinomas and some localized tumors. The risk of transmitting tumors is between 0.01% and 0.05% for each organ transplant.

"The advantages of organ transplantation far outweigh these small risks," Bemelman said. "People should not be worried."

Lord explained that this "extraordinary rare occurrence" could potentially be avoided in the future, as there are experimental programs in the works for early cancer diagnosis.

It is unclear whether a CT scan would have uncovered the donor's malignancy before the transplants, but Bemelman is doubtful. She warns against routine use of CT scans for all donors, as this would increase irrelevant findings and could lead to a decrease in the "very scarce" donor pool.