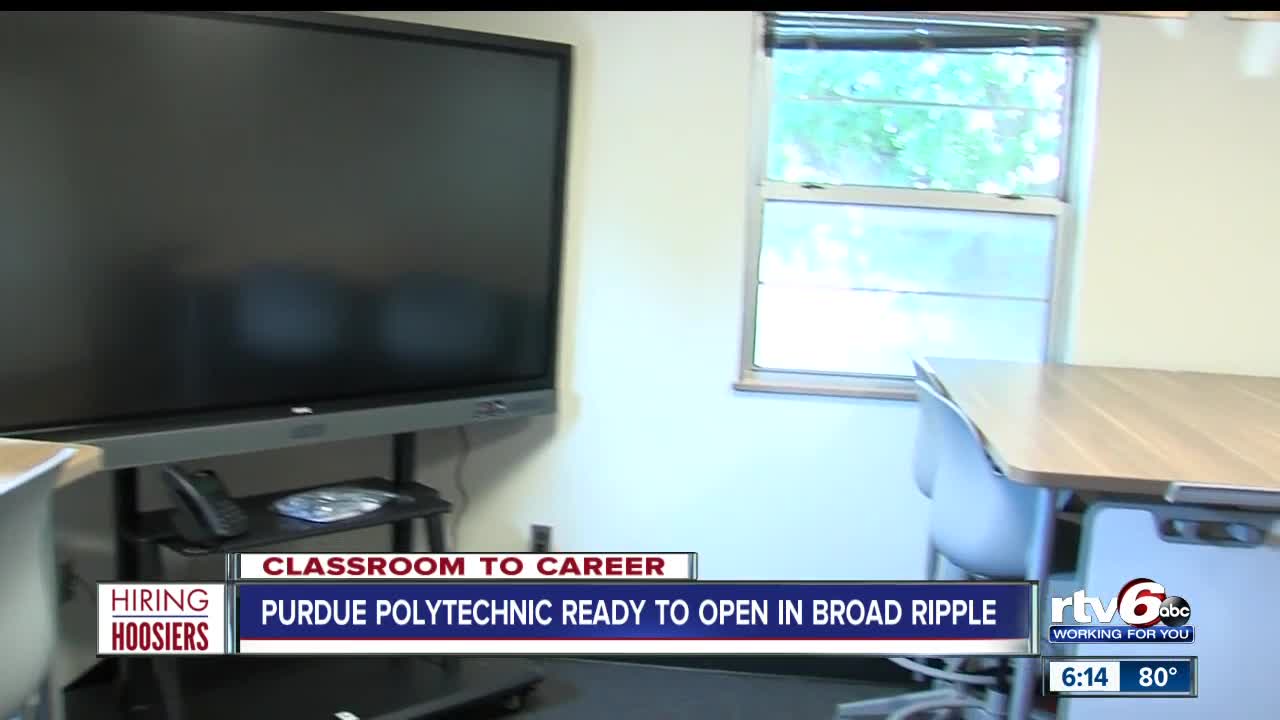 Purdue Polytechnic High School's new location in Broad Ripple aims to prepare young minds to be the workers of tomorrow. 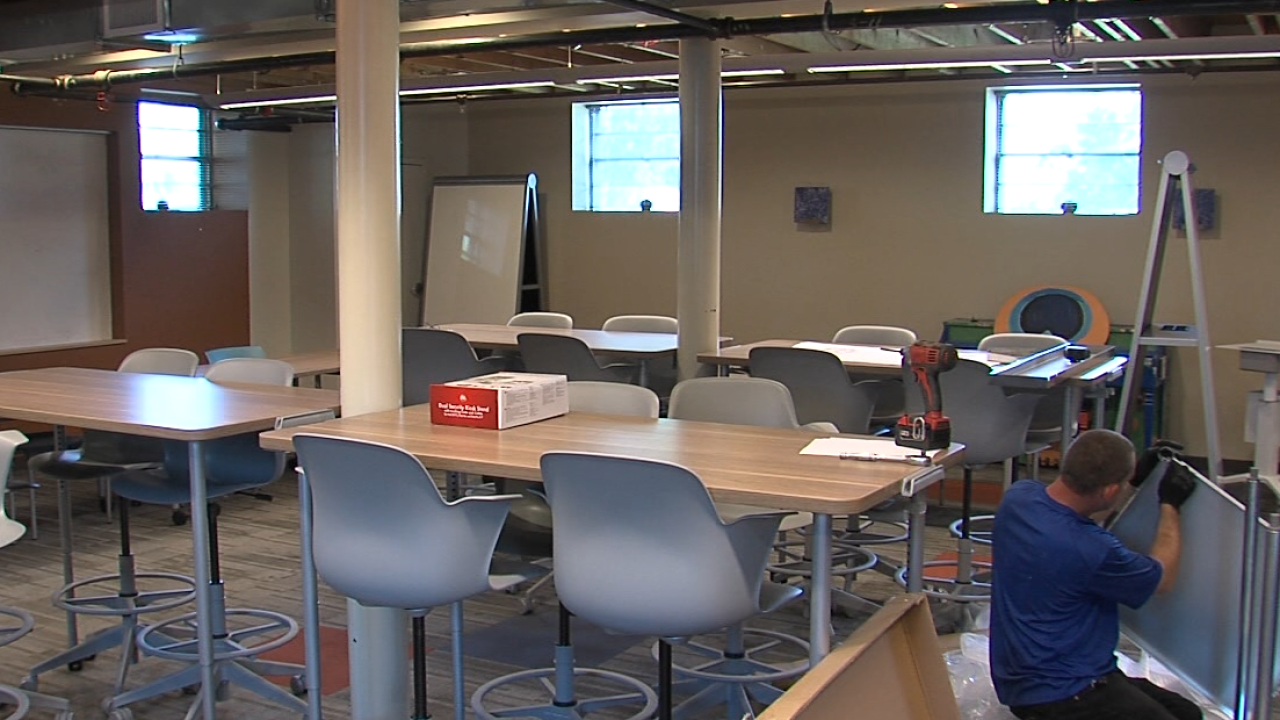 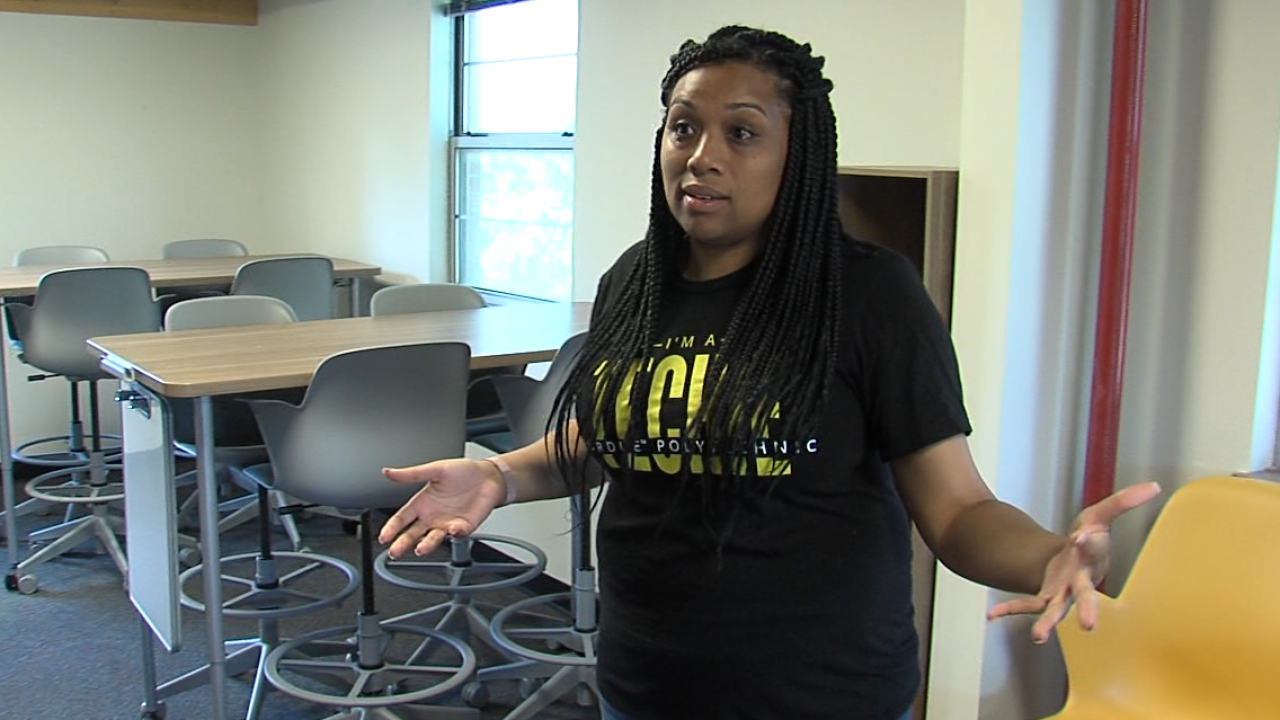 INDIANAPOLIS—Broad Ripple did not have to wait long for a new high school.

Purdue Polytechnic High School opens August 5 in a converted office building on Broad Ripple Avenue, just down the street from the former Broad Ripple High School, which was closed by IPS last year.

Purdue Polytechnic is a tuition-free public charter high school. Its sister school with the same name has been in operation downtown at Circle Centre Mall since 2017 and now has about 400 students. The Broad Ripple school’s initial enrollment will be about 70 freshmen and sophomores, with an additional class added in 2020 and 21.

Principal Keeanna Warren says the school's goal is to prepare every student for success beyond high school. "And so, we're setting our students up for the future of work because we know that's constantly changing. The jobs our students will have probably don't even exist at this point," she said.

Purdue Polytechnic is a STEM school, where the focus is on science, technology, engineering and math. "We are partnering with Purdue University because they have a desire to increase the pipeline of students from Indiana, specifically under-represented minorities and women into STEM careers," said Warren.

The school will accept students from anywhere in Indiana, but the vast majority will be from Marion County.

“With our second campus, more Marion county students now have access to our hands-on STEM-based curriculum that teaches students the skills and knowledge to succeed in a 21st Century economy and paves the way toward admission to a post-secondary institution," said Purdue Polytechnic Head of Schools Scott Bess.

The school also adds life to Broad Ripple Village which lost some of its identity when IPS closed Broad Ripple High School last year. An IPS spokesperson says no decision has been made on what to do with that building.

"The Broad Ripple Community has been extremely supportive of what we are doing," said Warren. "The community in large numbers had expressed the need for a high school in the neighborhood and our model fits the needs."

Purdue Polytechnic's current location on Broad Ripple Avenue is temporary. The search is on for a permanent site in the area. The Keystone Group, an Indianapolis-based real estate and development company, owns the building and is working with the school on that search.