Community calling on Richmond school board member to resign 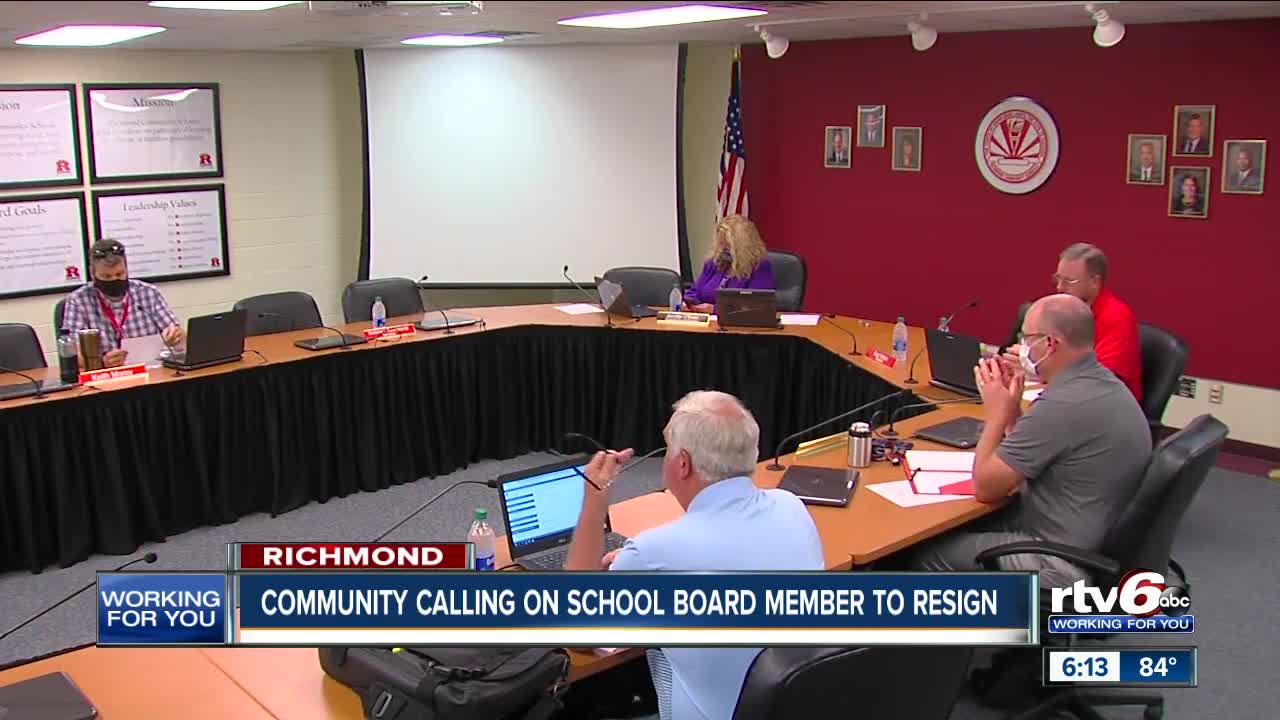 Community calling on Richmond school board member to resign

RICHMOND — A well-known sports broadcaster in Richmond and his wife are facing criticism after posting a video podcast online.

Community members said the podcast included racist comments. The video was posted by "Radio Troy," also known as Troy Derengowski, and his wife, Suzanne. Suzanne is a member of the Richmond school board.

Dozens of people gathered outside of the administration office for Richmond schools on Tuesday hoping to send a strong message to the board. Holding signs and standing side-by-side, the community members are calling on school board member Suzanne Derengowski to resign.

The video that prompted the protest has since been deleted from Facebook. Some said it included racist comments that someone leading a district should not make.

"It is important to me that someone who can directly influence the direction of the district not necessarily share those same views," Jason Newsome, a Richmond parent, said.

"I know the character of Suzanne and she's not a racist," Connie Coddington, a Richmond resident, said.

Coddington said she did not see the video but she still supports Derengowski.

"She has been on the school board for years and done great things for the city," Coddington said. "So I wish people would appreciate her character and what she has done in the past and not judge her on whatever happened."

"I would never believe in stifling someone's 1st Amendment right, but when you hold positions such as a board member or even in a job there can be repercussions for what you state publicly and believe in," Newsome said.

School Board President Brad Walton said Derengowski's comments were made from home and do not reflect the views of the district. Walton said the board does not have the power to force her to resign but said they are listening to community members and hearing their concerns.

Here is the full statement from Suzanne Derengowski:

I apologize for any harm caused by my online remarks regarding systemic racism and the national Black Lives Matter Organization.

My husband and I believe that Black Lives Matter. Our intent, always, was to talk through the gaps in our understanding and initiate conversation with others who were experiencing the same anxiety and confusion over the issues as we are. We recognize that we did not do the job that we set out to do.

I welcome the opportunity to broaden my understanding on issues of racial injustice in America. As one of our first step towards that, my husband and I have tentatively accepted an invitation from the local NAACP chapter to attend next month’s meeting.

I have spent 30 years in this community and many years on this board fighting for the equity of every student. I believe every child deserves and has the right to a quality education. Richmond Community schools, its administrators, teachers and support staff have worked to make that happen every day that I’ve been on the board.

The Richmond community school board is made up of seven individuals. Any of the things I have said are no reflection on the rest of the board or the school district. I have one vote. However, I was elected by the people of this city to do this job, which I believe I have done to the best of my ability. I do not take lightly the prospect of resigning from this position before my term is up. I am in the process of taking it under consideration.

I felt my presence at today’s meeting would be an unwelcome distraction from the current issues facing our students. I intend to review the entire meeting once it’s available. I urge you to express your opinions thoughtfully and respectfully. Then I ask you to remain at the meeting for the very important topic of reopening schools in the midst of this global pandemic. The students of Richmond Community Schools will need the support of the entire community to thrive in this unprecedented time.