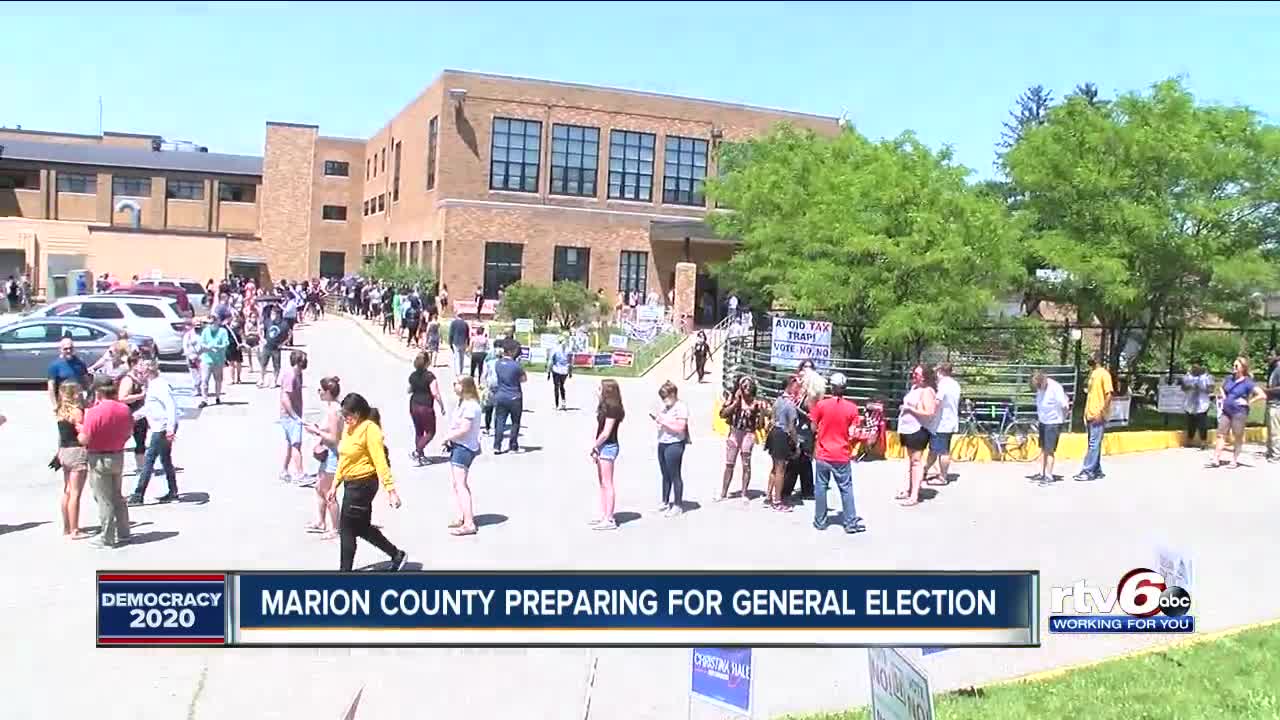 INDIANAPOLIS — With 16 weeks until the general election, Marion County election officials are working to make sure everyone can exercise their right to vote.

"We're doing everything we can to prevent those long lines," Russell Hollis, deputy director of the Marion County Clerk's Office, said.

Hollis said making the voting experience better for the general election is a top priority.

"Ideally, we'll have voting for the full 28 days period which is the normal early voting period," Hollis said.

Along with early voting, Hollis also wants people to know about the option to vote by mail.

"We encourage them to use the state's online portal to vote by mail," Hollis said. "It does eliminate some of the steps for error that a voter can make when applying on a paper application."

As more people consider voting by mail to cut down on the risk of contracting COVID-19, Hollis said people should read all the instructions that come with absentee ballots.

Marion County didn't count 1,806 of the ballots they received for the primary election.

November's election is going to have its challenges. Hollis wants voters to know election officials are doing all they can to make things easier.

The number of in-person voting places hasn't been decided, but Hollis said it will be more than what was offered in Marion County for the primary election.

Click here to manage all Newsletters
Voter Resources
Check your voting status How to register to vote How to find where to vote Vote by mail: How to get your absentee ballot How to view a sample ballot