Fired cop says she tried to stop another from choking suspect 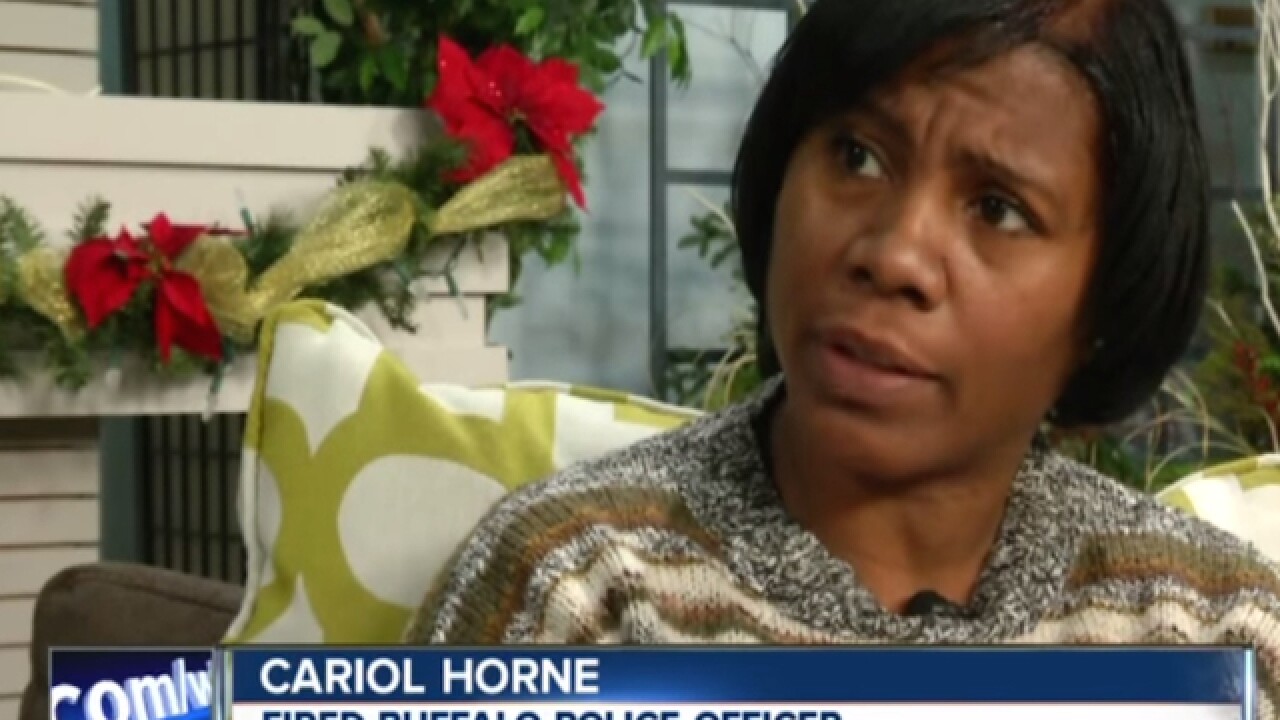 Former Buffalo Police Officer Cariol Horne is in a battle to get her pension after she was fired for trying to stop a fellow officer she says was abusing a suspect.

That officer was Gregory Kwiatkowski, who was responding to a domestic dispute inside that home between Neal Mack and his girlfriend. When Horne went into the house, Mack had already been placed under arrest, she said.

"He was handcuffed in the front and he was sideways and being punched in the face by Gregory Kwiatkowski," she said.

Horne and about 10 other officers who arrived at the scene helped drag Mack out of the home, but once outside, Horne says Officer Kwiatkowski was out of control.

"Gregory Kwiatkowski turned Neal Mack around and started choking him. So then I'm like, 'Greg! You're choking him,' because I thought whatever happened in the house he was still upset about so when he didn't stop choking him I just grabbed his arm from around Neal Mack's neck," Horne said.

If the choke hold of a handcuffed suspect caught Horne off guard, it didn't prepare her for what she said Kwiatkowski did next.

"He comes up and punches me in the face and I had to have my bridge replaced," Horne said.

When she tried to defend herself other officers pulled her back and her shoulder was injured.

Following the incident, Horne was fired and charged with obstruction for "jumping on officer Kwiatkowski's back and/or striking him with her hands."

Officer Kiwatkowski's words seem to conflict with the charges. In a sworn statement he said, "she never got on top of me."

Horne lost every appeal, and with her 19-year career over, she didn't qualify for a pension.

Horne is the mother of five children and is now working as a truck driver.

In May 2014, Kwiatowkski and two other officers were indicted on federal civil rights violations against black teen suspects.

Horne is continuing to fight for a pension.

The City of Buffalo Common Council sent her case to the New York State retirement system for review. A determination has not yet been made.