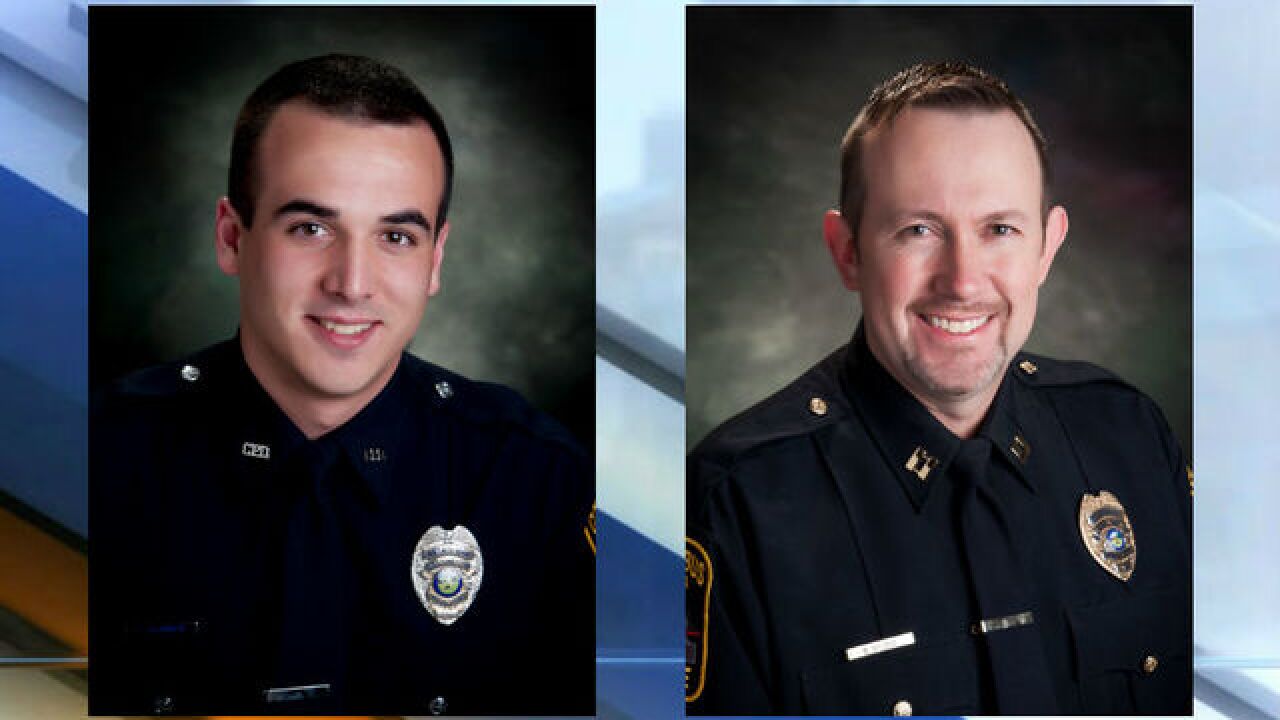 Copyright 2017 Scripps Media, Inc. All rights reserved. This material may not be published, broadcast, rewritten, or redistributed.
<p>Tony Kummer and Brian Wilder</p>

COLUMBUS, Ind. -- Two officers with the Columbus Police Department rescued a 12-year-old with autism from a retention pond Sunday.

Around 5:30 p.m., police were called to the intersection of 25th Street and Lockerbie Drive on reports of a child running near traffic. Police soon learned the child was autistic.

Off-duty Columbus Police Captain Brian Wilder (right in above photo) responded to the call and saw the child. Shortly after, the child entered a nearby retention pond.

Wilder and Officer Tony Kummer (left in above photo) went into the water with floatation bags and brought the child out of the water, unharmed.

“CPD officers receive training each year on interacting with persons who are autistic” Columbus Lt. Matt Harris said. “The quick actions of our officers prevented what could have been a tragic situation."

Police: No foul play suspected in death of Indianapolis woman who was found near Columbus