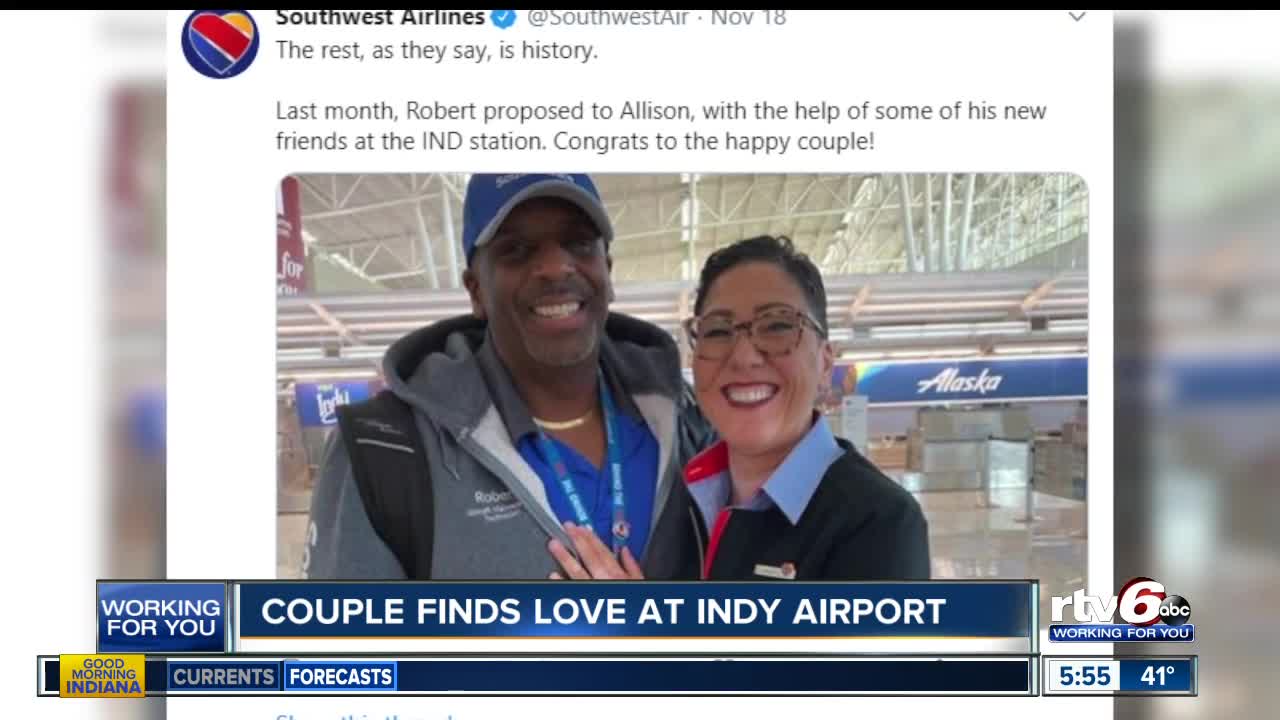 A man found love at the Indianapolis Airport after commuting to Atlanta for over a year.

INDIANAPOLIS — A man found love at the Indianapolis Airport after commuting to Atlanta for over a year.

Robert is a Southwest mechanic. Flying out every Sunday night, he got to know the employees in Indy very well.

But one person stuck out in particular — Allison.

The airline says he repeatedly offered to buy her coffee, but she never took him up on it. The two got to know each other pretty well, as Robert commuted back and forth for over a year.

Then one day, Allison decided to take Robert up on that coffee.

And last month, Robert proposed to Allison, and she said yes.