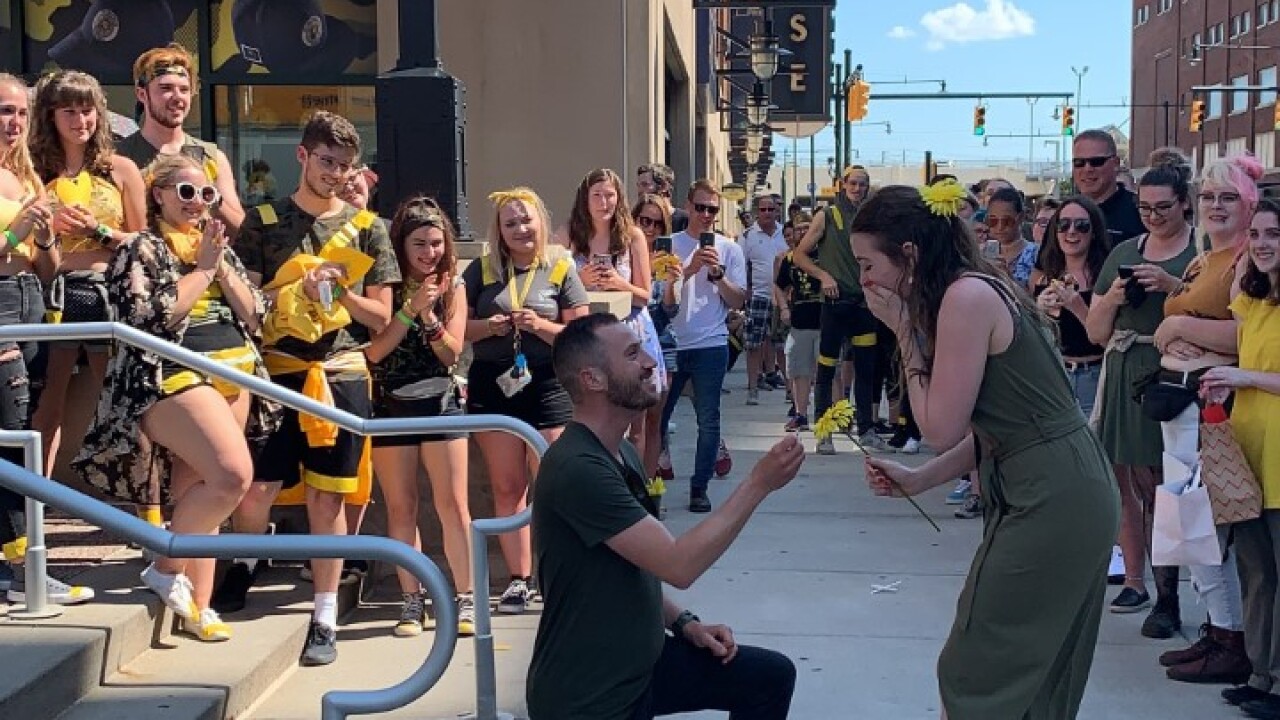 Copyright 2019 Scripps Media, Inc. All rights reserved. This material may not be published, broadcast, rewritten, or redistributed.
Provided by David Henderson 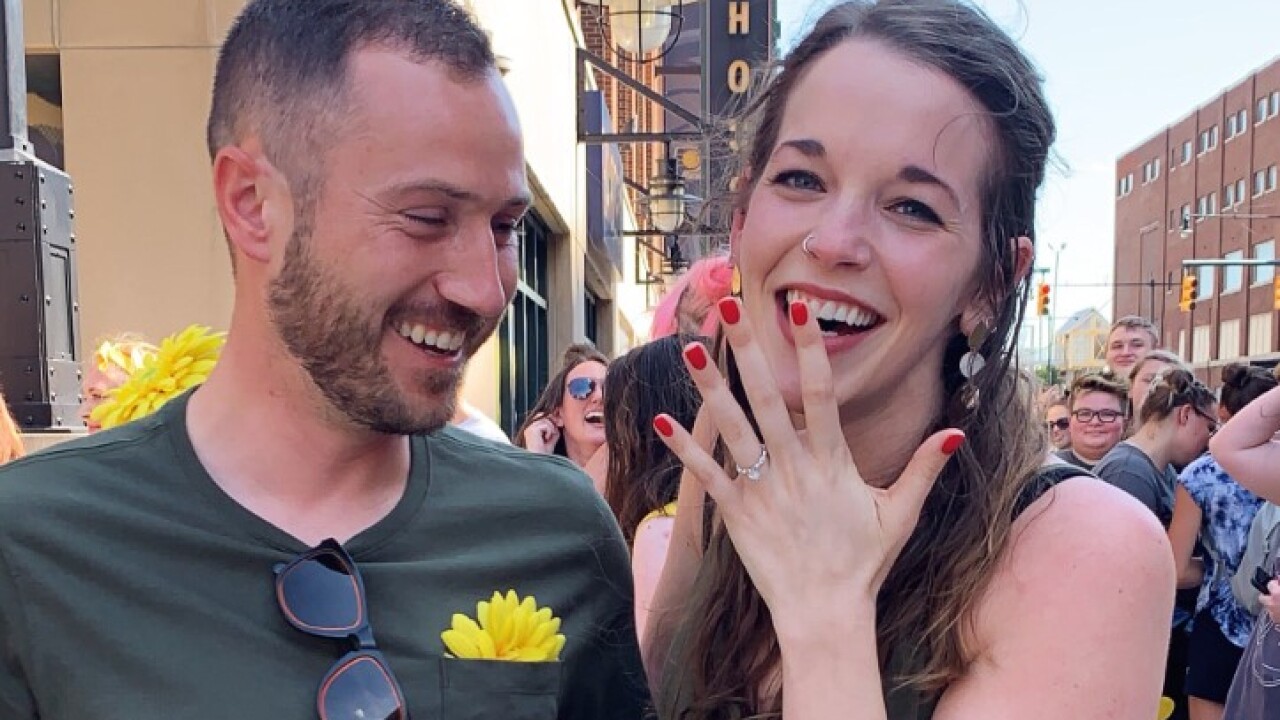 "On our first date, being the dork that I am, I jokingly asked her to marry me after finding out her favorite band was also Twenty One Pilots," Dave said. "Two years and many Twenty One Pilots memories later, I had the opportunity to ask her again, but this time for real."

Several videos circulated Twitter on Friday of the proposal; however, Dave's sister, Tiffany Franklin, captured the moments before as a crowd of hundreds waiting to enter Bankers Life helped Dave serenade Natalie before he got down on one knee.

"The idea really came to life when my brother told me he was starting to learn how to play the ukulele. Tyler's [member of Twenty One Pilots] cover of 'Can't Help Falling in Love' is great, and I thought my brother and I could try our own version for Natalie," Dave said. "At first I thought about doing it at the end of the show but decided in the last week to switch it up and do it before. This would allow for us to keep the celebration going at the show!"

RTV6 asked how he was able to arrange all of the fans waiting in line to cooperate with his request; he said, "Twenty One Pilots fans are all family!"

"My sister, who's also a big fan, and brother, were team players and got there an hour or so before Natalie and I showed up to let everyone in on our plan," Dave said. "They asked the Skeleton Clique to sing along if they wanted to and they certainly delivered and took a lot of weight off us!"

Natalie and Dave met at Crew Carwash two years ago when Natalie was cleaning her car, and Dave was an employee there.

"Honestly, I would get my car washed once a year, so lucky me that we met!" Natalie said. "He asked how the whitewalls on my tires looked, and we've been inseparable ever since."

Dave, 31, and Natalie, 29, have been Twenty One Pilots fans for years. The couple went to their first show together within a few weeks of meeting, the show Friday was their fourth since being together.

"Twenty One Pilots has been my favorite band for years. The energy the band brings to each show is unlike anything else," Natalie said. "It's great to be able to share the love of their music with Dave, and him proposing before the show has made it that much more special."

Natalie says she looks forward to spending her life next to Dave because he is her best friend. "I know I will always have him to make me smile every day. Life is better together."

Dave, on the other hand, says his number one reason is her impeccable baking skills.

"Well, she's been baking a lot lately, so I'm really looking forward to more of that," Dave said. "Also, a lifetime of creating memories and a family too!"

Congratulation to the adorable couple!