IU Football star and student says he has many titles, but most important title is 'dad' 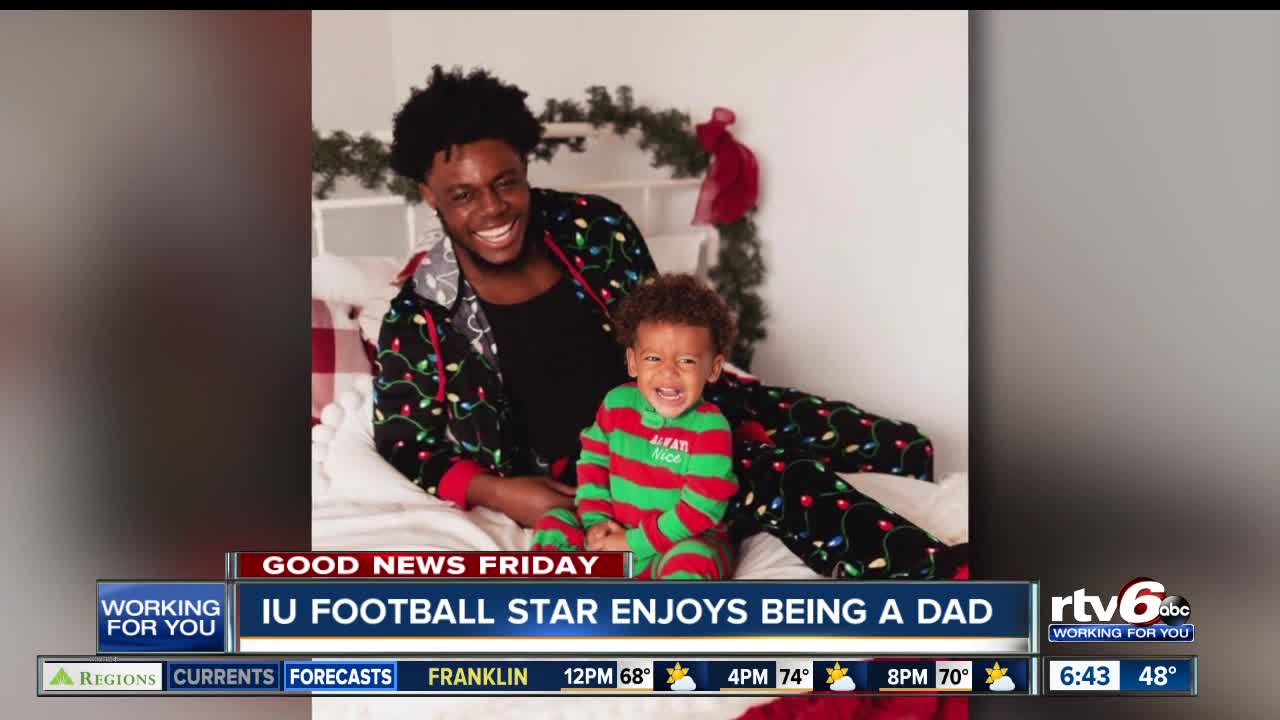 With Father's Day coming up, RTV6 found the perfect story to kick things off. Donovan Hale, wide receiver for the Indiana University Football team not only is Donovan a standout on the football field but he is also a proud dad.

Indiana University Football wide receiver, Donavan Hale, is known for his accomplishments on the field and in the classroom on the Bloomington campus, but he says his most notable achievement is being his son, Weston's, father.

Hale was named 'Most Outstanding Offensive Player' this spring and received an Honorable Mention in All-Big Ten last season. Balancing his coursework as a Liberal Studies major and commitment as a college athlete is demanding enough, but Donavan says his most important title is 'dad.'

He says the understanding and help from his family helps him balance everything out.

"I have a great support system in my family and Weston's mother's family. Weston's mother helps out a lot. She understands my schedule," Hale said. "We work together and figure everything out because she's [Hale's girlfriend] still in school and she's still working."

Hale says being a dad has changed his life and that he loves being there every step of the way for his son.

"I had to become more responsible. That's pretty much it," Hale said. "The basic father figure."

Weston turns two-years-old later this month, and during this off-season, he has become Hale's workout buddy and biggest motivation.

Be sure to look for Hale on the field this coming fall and little Weston cheering on his dad from the stands at memorial stadium.