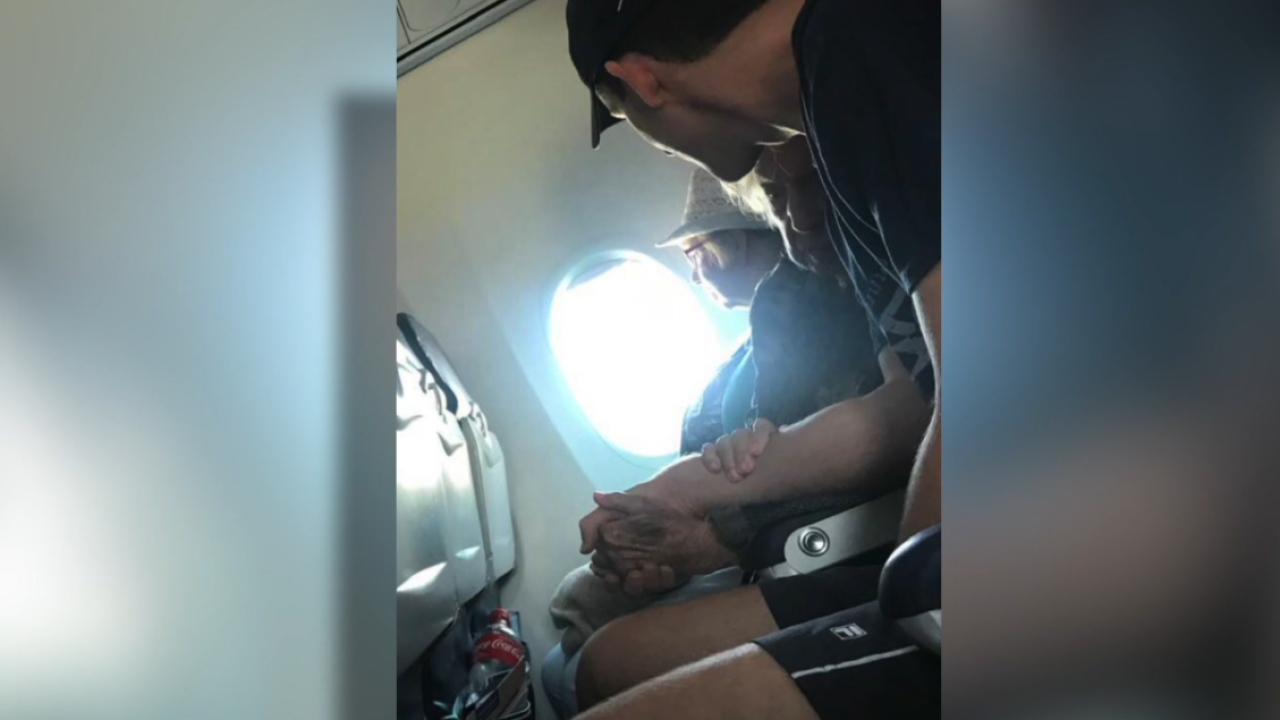 The plane had just started to take off when she captured a picture of an elderly lady clutching tightly to a stranger.

"Upon take off, she mentioned she hadn't flown in 15 years, and she was scared, and she said to the gentleman, 'take my hand,' and he grabbed her hand," Schofield told KGTV reporter Lindsey Pena.

Schofield says in between taking photos she discovered the woman was 96-years-old and flying to celebrate her birthday with family across the country.

"... I told the gentleman, 'I would want somebody to treat my grandmother the way you treated her,'" Schofield said.

Schofield couldn't help but share the moment on Facebook, and it quickly went viral — touching the heartstrings of thousands.

"Sometimes we're just so caught up in the hustle and bustle that we don't always see who needs help," she said.

She did get an email from the man in the photo — his name is Ben — who says he was happy such a simple moment could be so important to so many people. Ben hopes it inspires others to pay it forward.