Nov. 28 is Janet Easley and Bobbie Jones day in Indianapolis. Here's why: 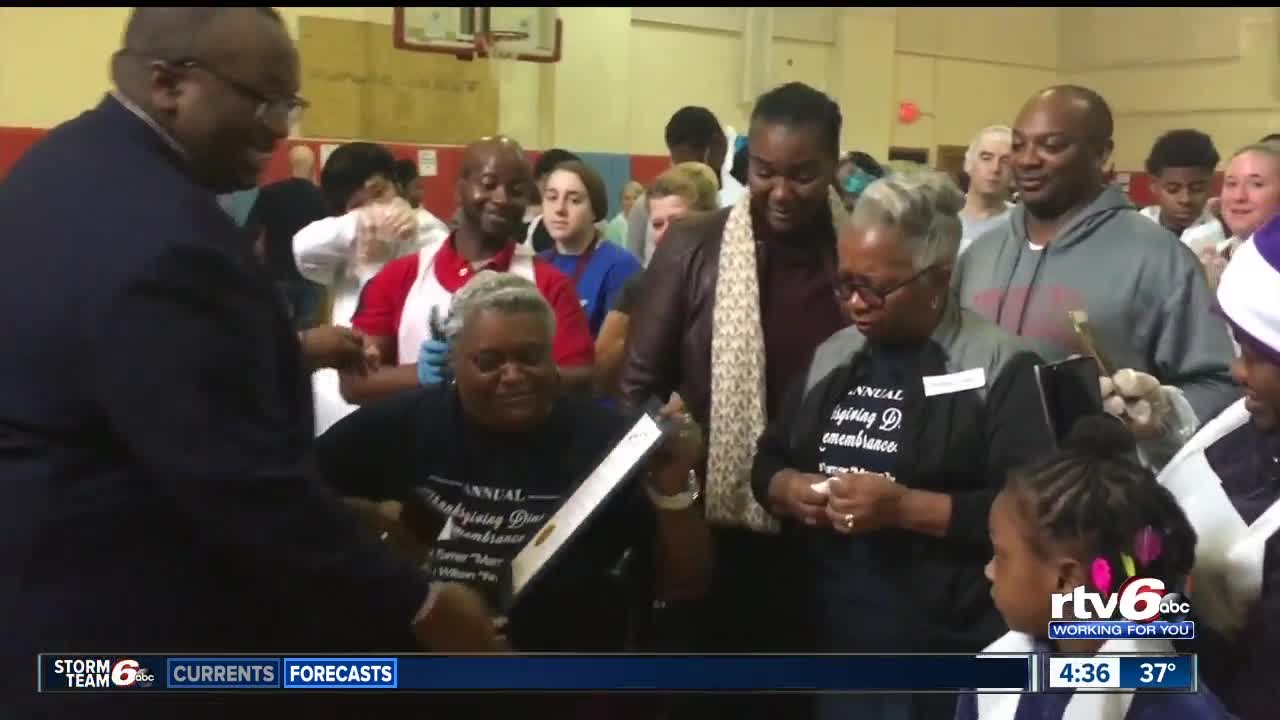 Thousands of Thanksgiving meals were donated across the city, thanks to the Watkins Family Center on Indy's north side.

INDIANAPOLIS — Another Thanksgiving event unfolded at the Watkins Family Center on Indy's north side. Plenty of meals were prepared, and the organizers received a surprise.

When people work together, this is what they can accomplish:

Thousands of meals precisely prepared and packed, taken to local churches for distribution or delivered by individuals. Volunteers came from all over the world.

People flew in from Africa to help, and families from Avon came to help out.

Over 9,550 meals went out the door on Thursday —including an extra 50 turkeys that were passed out to families in the community.

The co-organizers of the event are Janet Easley and Bobbie Jones.

This is the 38th year for the event. Easley and Jones were not prepared for the surprise sign of gratitude from the city on Thursday.

Both ladies received a proclamation from the Mayor, declaring November 28 'Janet Easley and Bobbie Jone Day' in the City of Indianapolis.