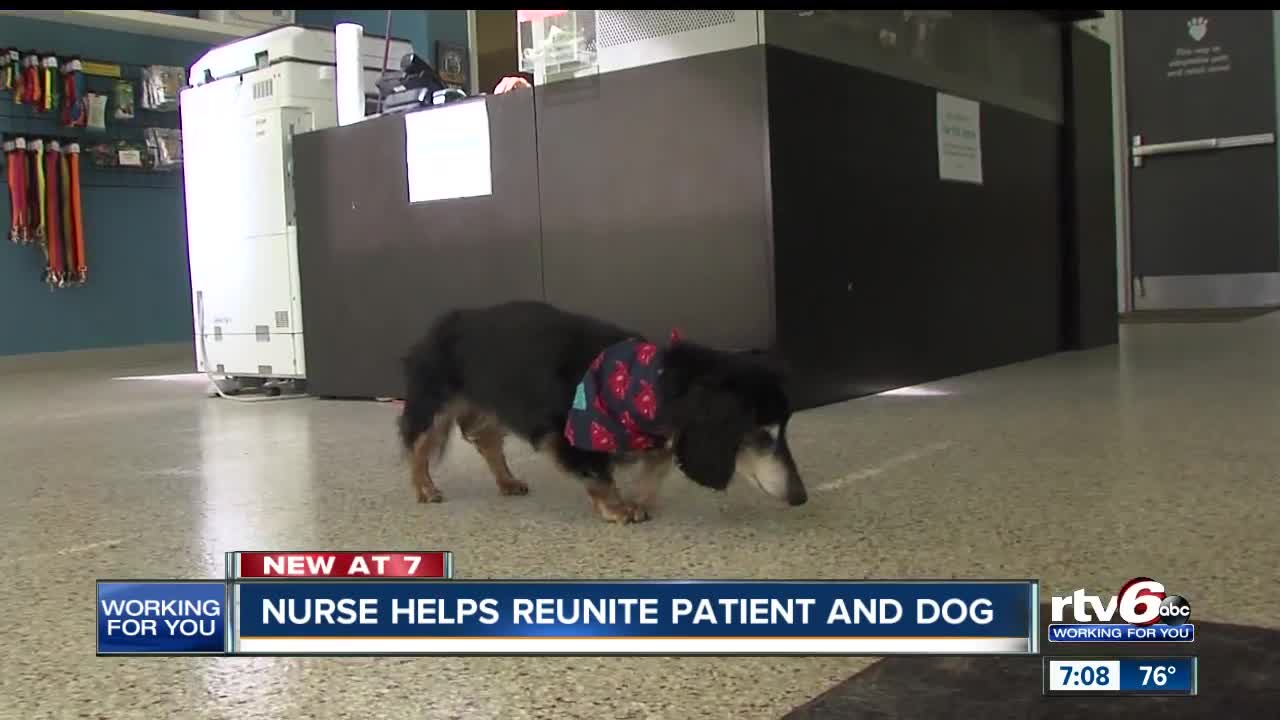 INDIANAPOLIS — All because he had the right nurse at the right time — an Indianapolis man and his pet dog are reunited.

A day before Keith Palmer was set to undergo brain surgery, his beloved dog Sparky disappeared from his backyard. Palmer went to the hospital desperately worried about his Dachshund - who is 15-years-old, blind, deaf and has no sense of smell.

Palmer felt that with all his health problems, Sparky would not survive on his own. He told the medical staff at St. Vincent about Sparky, and it just so happens that one of the nurses happens to volunteer at Indy Humane.

The day after Palmer's surgery, the nurse heard that a family found a dog matching Sparky's description, alive and lying in a ditch. She immediately went to work to reunite Sparky and Keith.

"Here's the thing, it's like, what are the odds that a nurse that I had, also volunteering at an animal shelter, and then hearing my story and putting it all together," Palmer said. "It was a one day turn around, and I got him back."

"The fact that Sparky made it and the family found him, and turned him in, and I just happened to be there the next day, all the stars aligned I guess," Amanda Corder, the nurse who reunited Palmer and Sparky, said.

Palmer says he has no idea how Sparky escaped from the front yard. For now, he's just grateful fate worked in his favor.