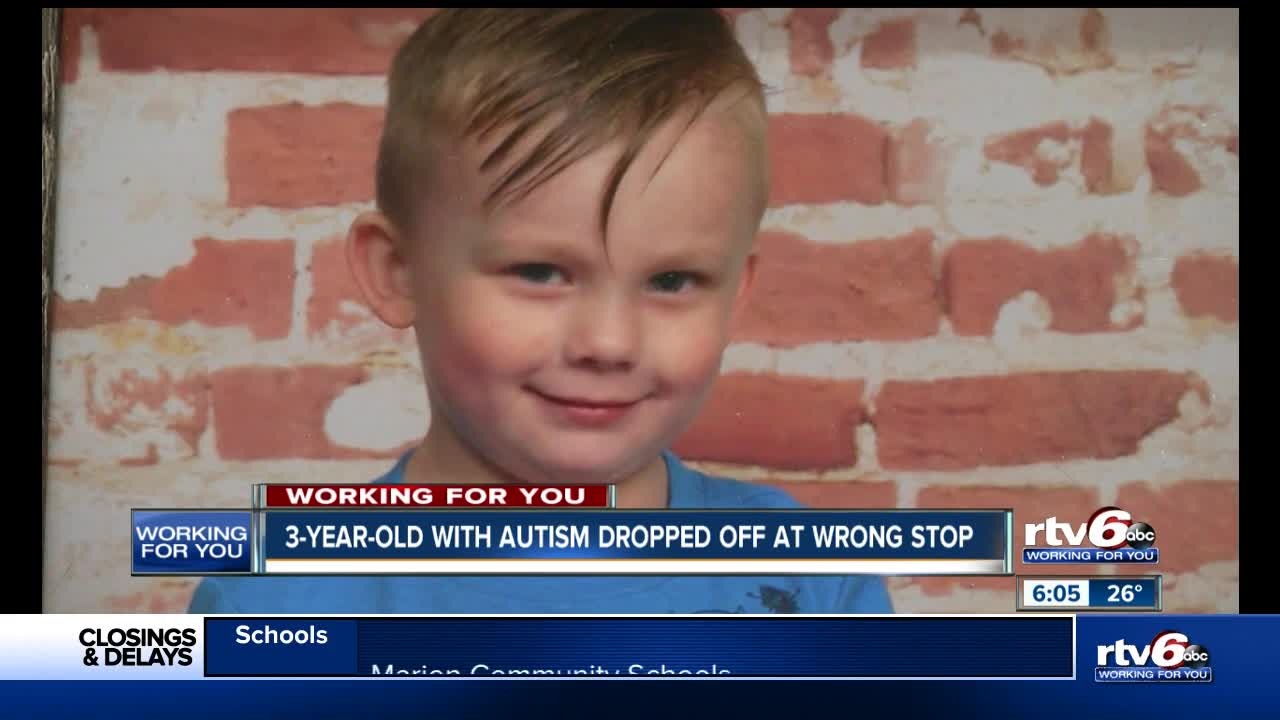 3-year-old with autism dropped off at wrong bus stop.

AVON — The Avon school system says a bus driver made a serious error when a three-year-old with autism was let off at the wrong bus stop this week.

Darren Ridenour was waiting on his grandson Lowen to be dropped off from Maple Elementary, but the bus came by and didn't stop.

""I'm standing there with my hands up like hello where are you going? They come back they say here is Lowen," said Ridenour. "They didn't tell me about dropping him off accidentally to another person."

But that is what happend.

A substitute was driving the bus and a regular aide was aboard.

Lowen was dropped off at the wrong stop where a licensed daycare provider happened to be waiting.

The school system says the bus quickly returned to get the three-year-old.

Because of this incident, Avon schools says bus practices and procedures are being reviewed.

"You can say I am sorry all day long but sorry doesn't make it OK. It's not OK. Things like this happen to too many children," she said.