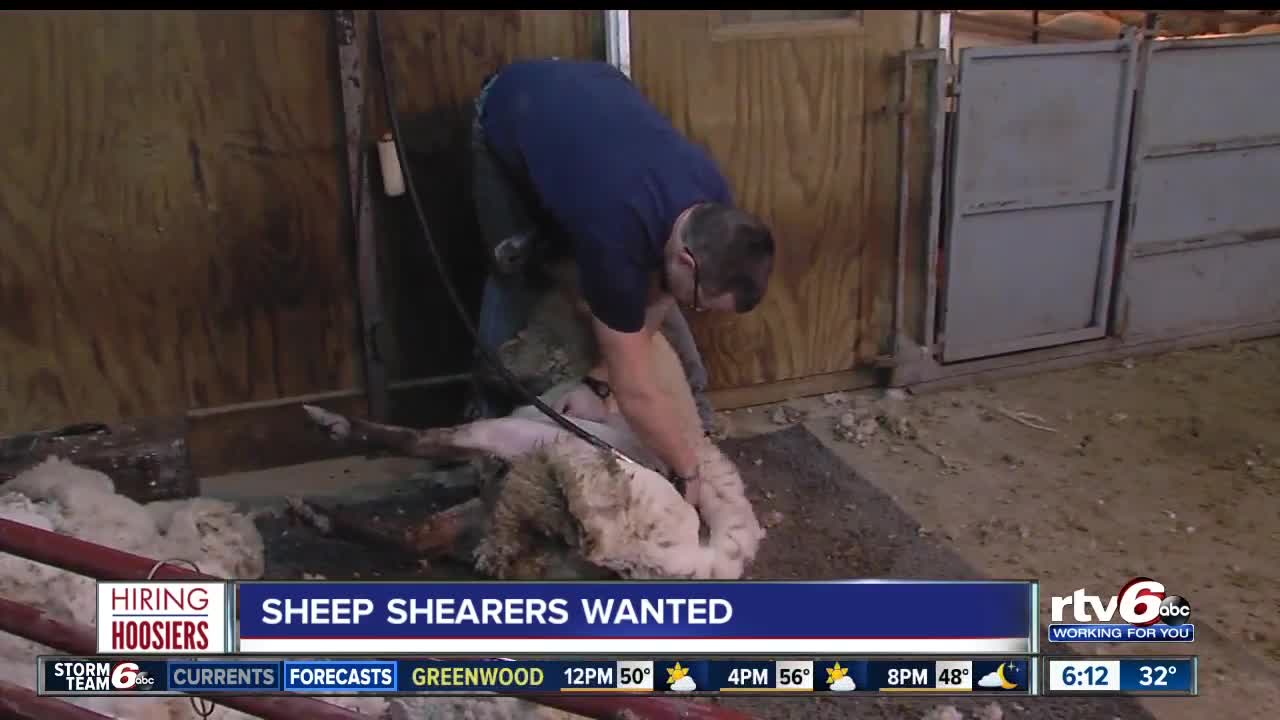 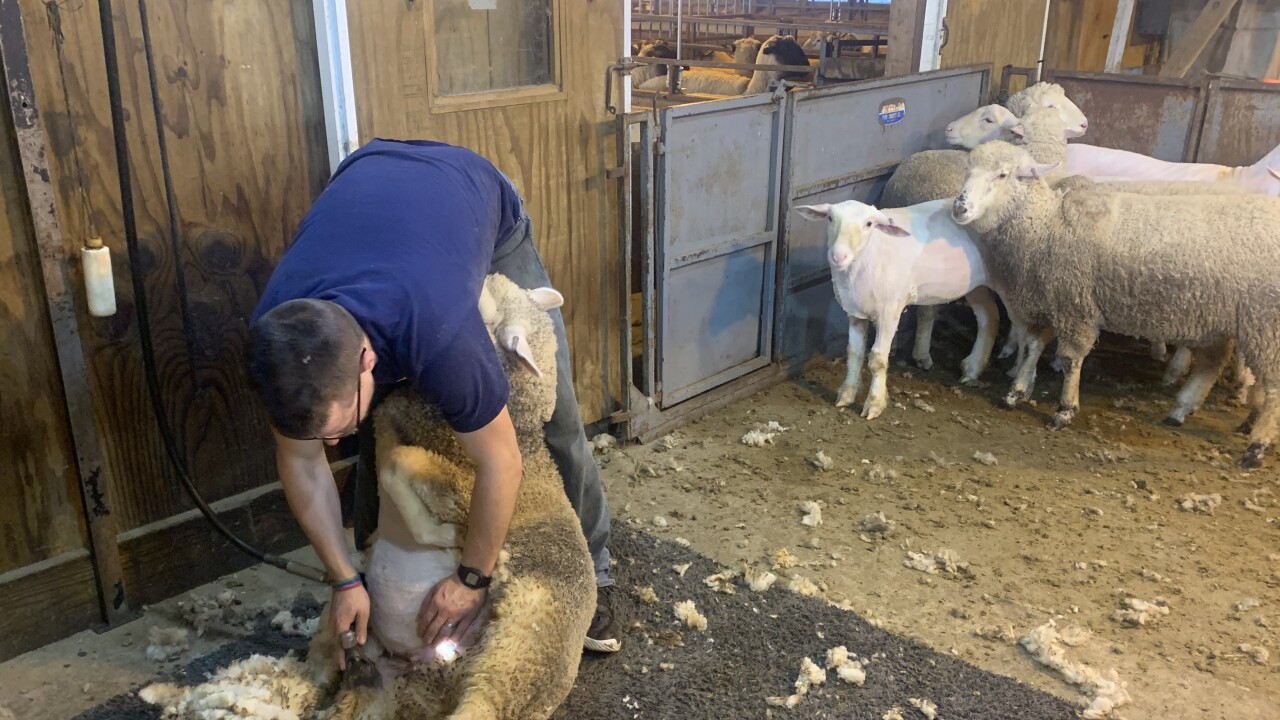 WEST LAFAYETTE — Indiana farmers are in need of sheep shearers, with just less than a couple dozen in the entire state.

Sheep shearing is a shared skill in the Kennedy family.

"My dad was a shearer and my grandpa sheared sheep," Colin Kennedy, a professional sheep shearer from Knightstown, said.

Kennedy has been shearing since he was 13 years old. Now 27, with other full-time work, Kennedy shears part-time for farms across Indiana and neighboring states.

"It is a great part-time where you could still go to class and do this or someone if you work like a fireman or police where you are working a full shift and you have a day or two off in between where you can do something like this where you can get some money for the hour," Kennedy said.

Kennedy's shearing skills keep him busy. He is one of about 20 professional shearers in Indiana.

"I am in high demand because not only do I go in Indiana, we go in Kentucky, Ohio, Michigan. Especially in Kentucky there is no one down there doing it or Indiana there is nobody doing and a lot of the older guys that have been doing are starting to retire so it's getting worse as time goes by," Kennedy said. "I would say in the next 15 years, I don't know if there is going to be anybody doing it. They are going to have to get people from out west to do it."

It is a trend that local farmers, like Gerald Kelly, the farm manager of the Purdue Sheep Unit, has noted.

"If it was not for the Kennedy family, we would be really short on shearers and it would be a lot harder for us to get cheap shearers," Kelly said.

With 300 sheep in his flock, getting these animals sheared is a necessity and job that must be done at least once a year. Kelly says there is a continuous need for young sheep shearers as the older generation retires.

On average a sheep shearer will charge about $5 to $6 per head, so a professional shearer could make about $500 to $600 in a single day.

It is a job that is physically challenging, but for Kennedy, at the end of the day, it is all worth it.

"I do enjoy working with my hands and working hard," Kennedy said. "I mean I know, like I said, it is hard but I do enjoy actually working hard and feeling like you did a good day's work."

Hiring of sheep shearers is usually done by word of mouth and there is always a strong demand for skilled shearers, according to Larry Hopkins, president of the Indiana Sheep Association.

Some shepherds and county extension offices coordinate shearing days where a shearer is brought in to a farm or fairgrounds and other small sheep producers are invited to attend to get their sheep sheared. It can be difficult to get a shearer to go to a small flock of 5-10 sheep and usually requires a larger flock of 25 or more to get a shearer to visit an individual farm.

"You can learn to shear at any age," Hopkins said. "A few lessons can be enough for someone to learn to shear their own sheep but in order to become a professional grade shearer usually takes weeks and months of practice. The best shearers shear thousands of sheep each year and shear the sheep so that the fleece is shorn off in one piece with no breaks. Any good shearer can teach the profession to new shearers and apprenticing with a professional shearer is a common way to learn. Each state association generally conducts a shearing school."

The Indiana Sheep and Wool Market Development Program will be sponsoring a shearing school, hosted by the Indiana Sheep Association on March 7 at Purdue University's Sheep Unit. The statewide workshop will run from 9 a.m. to 4 p.m., with check-in at 8:30 a.m.