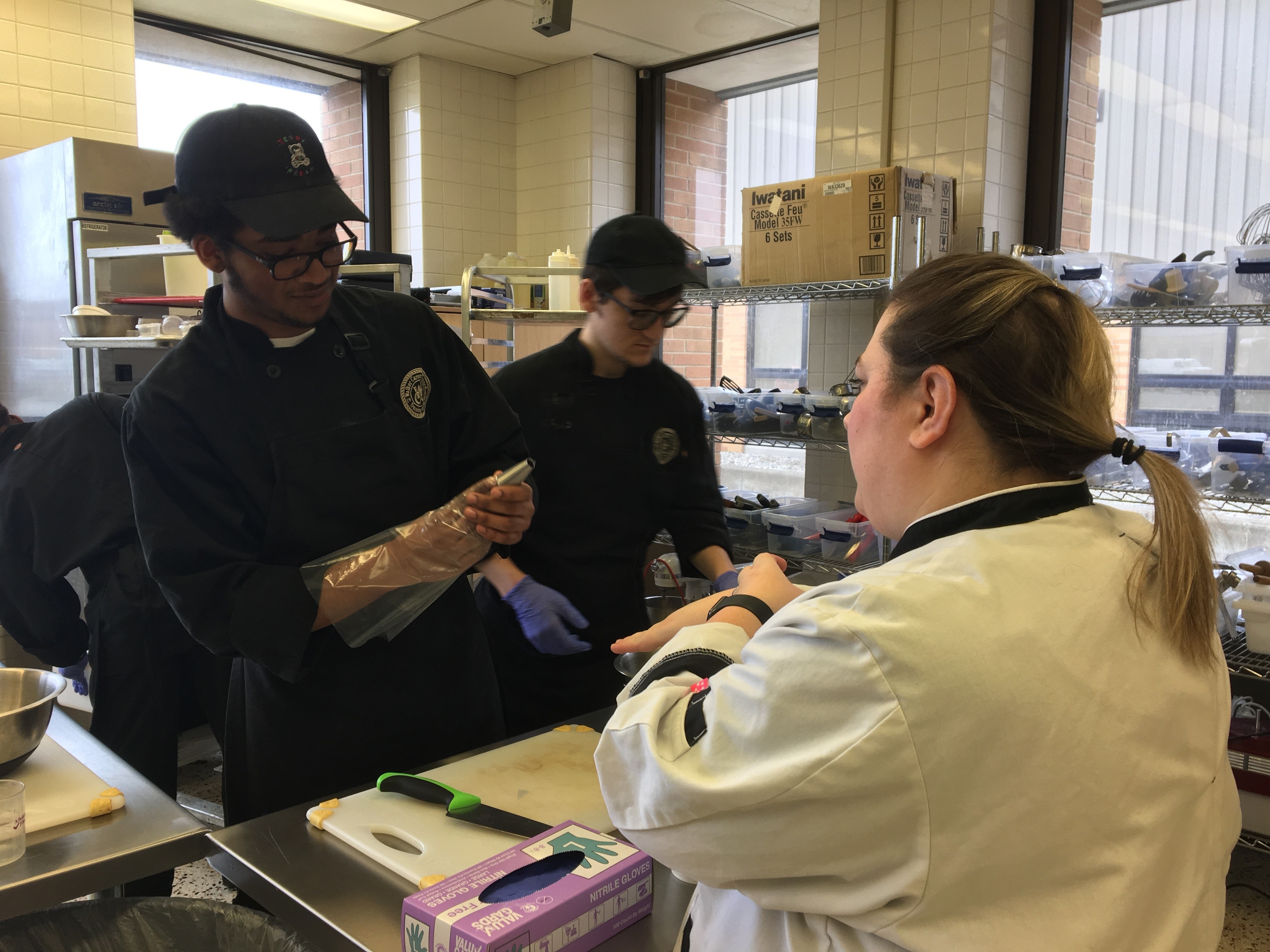 INDIANAPOLIS — The Walker Career Center on Warren Central's campus offers many programs, and one is giving high school students a head start on careers in the culinary industry.

The Threshold Restaurant inside the career center is entirely run by high school juniors and seniors. It's the last step on a pathway to jumpstart their career in the culinary arts.

Students start the path their freshman year by taking a nutrition class. By their junior year, they can be part of The Threshold for high school and college credit.

Right now there are 40 students in the program. Many of them are from Warren Central High School but some have also joined the program from nearby schools.

Students learn culinary basics like knife skills, following recipes, food preparation and food safety. They also are able to receive their ServSafe certification, a certification that shows they know the appropriate ways to safely handle food and keep kitchens safe.

"Every restaurant across the United States has to have somebody on staff that is Servsafe certified," Chef Andrea Yount, the program instructor, said.

The certification gives students an extra step above someone else that may be applying for the same job.

Students attend the program three hours every day. On Monday and Tuesday, they learn and practice skills and the rest of the week is spent running the restaurant which is open to the public and school staff.

Along with the basics, students learn every single position in a kitchen.

"Every four weeks they rotate into a new position so by the end of the school year they've learned every aspect so they really get a true feel of what the restaurant industry is like," Yount said.

The program also has a partnership with some nearby hotel restaurants where several students work part time.

Jarard Willis is a senior in the program, he also works in the kitchen at the Marriott East.

The program is meant to prepare students for entry-level jobs in a kitchen like prep station or salad station, but depending on their skill level, they could also be hired as a line cook.

Willis says the program has prepared him well for his job, and he's already been able to climb above an entry-level position.

"Instead of a prep cook and doing salads, I'm cooking more meals, I'm working with stoves and stuff instead of just cutting and making salads," Willis said.

"So not only are they getting their credits for graduation of high school but also if they are college-bound they can move on to that next step quicker and for free," Yount said.

There is a demand for head cooks and head chefs in the culinary industry. The Bureau of Labor projects employment of these positions to grow 10 percent between 2016 and 2026.